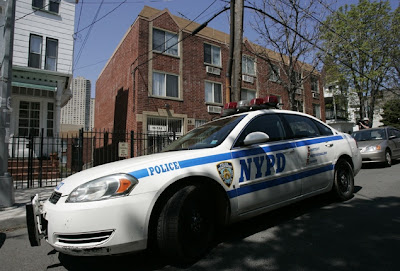 A sharp spike in reported misdemeanor sexual assaults in western Queens this year may seem at first a cause for alarm.

But lawmakers and crime experts suggest that the grim statistics could also have a silver lining — a greater willingness by victims to report crimes such as gropings.

The crime stats for the week ending July 1 in the 108th Precinct show a 125% jump in reported misdemeanor sex crimes compared to the same period last year, up from 16 to 36. Year-to-date hikes also jumped 50% for both the 110th and 115th precincts.

City Councilman Peter Vallone Jr. (D-Astoria) said that while the stats could mean more predators are on the loose, the more likely explanation is that victims are reporting the crimes at a higher rate.

“Most women before probably thought these were isolated incidents,” said Vallone, who heads the Council’s public safety committee.

Could the increase possibly be due to the influx of men from countries where this behavior is considered to be normal?
Posted by Queens Crapper at 12:11 AM

Well taken - Lot's of illegals are young and frustrated and see women in light clothing in the summer and these guys get bold. The macho culture instigated an aggressive approach but it is wrong and criminal in most respects even to tap someone on the shoulder etc. Get these illegals off the street and watch these sex crime plummet.

No shocker here.
It goes hand n hand with the overflow of criminal Illegal alien nationals or immigrants from south the border, particularly the men.

Can anybody explain why more then any other group per capita on this planet are:
1-Drunks
2-Have problems with women, like to "cat call" women and children
3-Are trannys, queers or perverts.

The 3 above is tops for all you see at Roosevelt ave or any 711 in the Hamptons at night.
The same problem has exploded in New Haven Ct and Maricopa county Arizona and its getting worse.

They're all short little mexican fellas. They mess with my woman and they'll pray the cops come soon.

There is also the possibility of an influx of women into western Queens who are priced out of Manhattan and won't put up with this stuff.

Right, like born and raised Queens women would not say anything. Please give me a break.

Be careful they are stupid brave, feral, stick together like wolves and like to cut.
I got into it with 3 trying to steal my pet chickens last November in Mattituck.
One said something in Spanish then all 3 flipped there leatherman pliers into blades and started walking toward me.
I had no choice but run or pull the shotgun from the barn.
I chose the shotgun and put a round of #9 into ground in front of them. They ran back into the woods
--No problems since

@Queens Crapper: you're right to doink me for that one (as written) ... I had in mind other immigrants, but I didn't write it that way