It's a been a long time since we featured a poll question on the blog, so here goes. 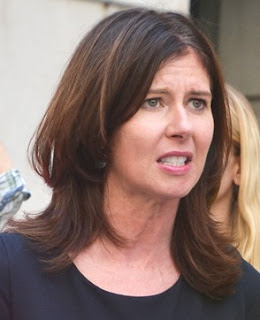 When asked about a mailer of hers that was used as part of a bomb threat against her opponent, Council Member Elizabeth Crowley blamed the victim:

"Our mailer highlights a quote that came directly from Bob Holden and demonstrates the anger he provokes among his neighbors." 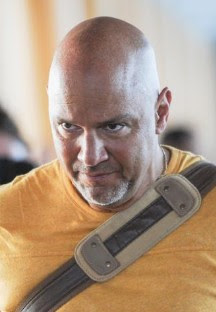 Meanwhile, Council Member Paul Vallone practically admitted that his campaign used underage canvassers to collect petition signatures and blamed his opponent for recording them in action:

"Graziano had his day in court and didn’t show up. What’s more disturbing is a grown man chasing after and harassing student volunteers with a video camera."

Posted by Queens Crapper at 1:37 AM

I am at a conundrum, but I will click Vallone because he incriminated himself and Liz is naturally a dingbat. The clear intellectual bankruptcy of these two fortunate people getting by on the familiarity of their last names is a true danger to society.

Good luck to these districts, primary these two career repulsive hacks out of office and don't forget to primary De Faustio most of all.

"This quote"? Vallone. Dumber in general? Most definitely Liz.

Either way, it does not serve the "We the Peoples'" best interests.

I would prescribe Tar and Feathers...

I abstain as that word should only be used for the Queens electorate.

Had to vote for Lizzy because I have personally witnessed her trying to answer a question and it takes her awhile to remember what her trainers told her to say. If she came up with an answer on her own it would be even dumber.

That's some pic of Vallone, Crappy. It looks like a wanted poster for a child snatcher or a serial rapist.

Okay. Vallone admitted using under age signature gatherers on his petitions so shouldn't the Board of Elections disqualify all the signatures they collected?
Or perhaps Mr. Vallone believes he and his campaign are above the law?

Liz looks like she's exhibiting signs of "blowers cramps". That mouth has been servicing Dem clubhouse biggies for decades.

Had to vote for Lizzy because I have personally witnessed her trying to answer a question and it takes her awhile to remember what her trainers told her to say.

Didn't she once hold a press conference alongside her "friend" Patrick Lynch of the PBA, and Lynch was answering the questions and telling her what to say?

Anyone who votes for her is a moron. She's done nothing for her constituents and will only continue on the same path. Bob is a nasty person, who thinks nothing of making enemies, but at least he busts his hump for his community and gets results.

FYI, the petition fraud story has been picked up by both the Times Ledger papers and the Queens Tribune. Sounds like there might be a smoking gun, since the Tribune reporter noted:

"Graziano suggested that there is more evidence to come — that his releases are “building up to something”— and that the last release will come out next Tuesday."

Lizzy is dumber. Vallone is simply a scumbag.

>Graziano had his day in court and didn’t show up.

>What’s more disturbing is a grown man chasing after and harassing student volunteers with a video camera.

Disturbing that an elected official doesn't understand the meaning of harassment, the necessity of making sure lawmakers follow their own law, or the morality and legality of recordings in public places.

Stinky Valloney Balloney knows he's guilty otherwise he would have denied Graziano's allegations. Instead he personally attacked Graziano for filming a kid doing illegal petitions. Is he taking clues for distraction from donald trump?

I vote for the people stupid enough to support them.

I think they are both equally dumb. I hope the "Smart" people of Queens vote all incumbents out. So sick of these "Career Politicians/Criminals." We get the same corrupt government over and over again. These politicians only care about themselves. New people have new ideas. Forget about name recognition and give someone new a chance. VOTE OUT ALL INCUMBENTS.

I'd like to see as many votes against Crowley and Vallone as there are posted here.Curb your enthusiasm and direct it to the polling place.
Otherwise you are all armchair protesters.
And I have no use for lazy bastards like you!