The U.S. Attorneys and the Queens Machine 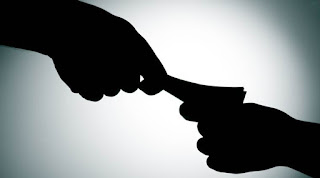 This article is lengthy and covers many topics, so we'll be linking to different segments of it over the next few days...

Compounding the unknowns in the face of rapidly-changing circumstances facing the two, new Acting U.S. Attorneys in New York City are lingering questions about why some political corruption scandals are investigated, but not all. As reported in recent years by Progress Queens, questions have largely remained unanswered about funding received by a nonprofit group affiliated with New York State Senator José Peralta ; about reportedly preferential treatment showed to a campaign consulting company by the New York Democratic Senate Campaign Committee ; and with new allegations that politically-connected lawyers were earning enormous profits from, or wielding considerable influence as a result of, their connections to the Queens Democratic County Committee. The 2017 Municipal election cycle has raised new questions about the role of money in local politics and about public ethics, but there has been no apparent response from the U.S. Attorney's Office in Brooklyn, headed by Acting U.S. Attorney Rohde, who has jurisdiction over Queens.
Posted by Queens Crapper at 6:11 AM

So much whoring going on. That picture of Van Bramer stumping for Dizzy Miss Lizzy can't be more incriminating. I think Lizzy hid behind a person because she didn't want to be photographed, for every move she makes warrants scrutiny.

Louis is the best reporter right now. The thoroughness of which he wrote about this enabled burgeoning scandal, which puts the PVB and pay for play dirty dealings of the 80's to shame, should be in all the daily print newspapers, particularly the NY Times.

It's time to make Crowley a household name for notoriety on a par with Tom Delay, John Edwards and continue to expose his nefarious influence.

Do not doubt Figurehead Trump's hand in this, in a way he is controlling the machinations and enabling the anarchy among these officials and has inspired this generation of predatory developers to take advantage of the loopholes and a neutered justice system with these two nothing A.G.'s. After all, NYC is where he got his start in unlimited money, influence and especially unscrupulous immoral politics.

It always boils down to blaming the President doesn't it? this crap was going on long before Trump became President and it will continue long after.

Don't look for help from the US Attorney's office. They are cogs in the same machine on a national level. Just ask do nothing (and now fired) Preet.

May Donald J. Trump save us from these crooked liberal hordes!!!!

Do not doubt Figurehead Trump's hand in this, in a way he is controlling the machinations and enabling the anarchy among these officials
After all, NYC is where he got his start in unlimited money, influence and especially unscrupulous immoral politics.


Yeah right. Keep dreaming. The corruption was here long before Trump. After all the only politics he was involved in is the Presidential run.
These are your democratic party pals of yours, controlled by the Clintons, buddy.

"How do you operate a restaurant in NYC without a license for years?

And post an 'A' rating in your front window.

the million dollar question is: why is Jimmy Van Bramer accepting "campaign contributions" of over $100,000.00 when he is running unopposed?

Ok, now I know I pissed some people off referencing Trump, so I will clarify a bit. No doubt political corruption is entrenched and pretty much etched in stone in this goddamn city, has history and many many comments here have shown referencing the days of Boss Tweed and Tammany Hall. But realize that Trump took advantage of a desperate city filled with weak politicians and gaping loopholes and now even with a seemingly solvent economy, this era of elected hacks and predatory developers are taking it to levels and it's being encouraged and enabled by ineffective officials with too many scandals to handle and a web of conflict and a new vampire squid of monetary, real estate and consulting group ties (shit, just look at the little sis graph, it's a graphic rendition of the Gentrification Industrial Complex)

And the majority of them are goddamn democrats, the people that are supposed to be on the side of the downtrodden. They are frauds that wallow in feces and money and neoliberal scum.

I hope that clears it somewhat, there is a lot more that should be written but that's why I have my own blog

And don't call me buddy.

I love how Council Speaker Jimbrowski's (you know it's going to happen, because he's a whore and he didn't bow down for REBNY for nothing, and don't look for any homophobic reference there jerks, I meant bow down like a peasant) donor list is about 58 pages. And it's the usual suspects too. All of these donors don't give a damn about the middle class and working poor.

And post an 'A' rating in your front window.

hahahaha now you really getting into the details!
Funny how these things work, isn't it?

pissed some people off referencing Trump


Wrong. But what you are saying does not make sense and you keep at it. Buddy.

Check out hypernormalization if you have a few hours to spare.

Interesting that you cribbed the Trump part to respond. Sorry but he did a lot of nefarious and egregious shit in the 70's to get where he is today, and what he has done and what he's become as president/figurehead is being exploited by the current crop of neoliberal dem hacks, running not on issues or plans but on the fact that they are against Trump.

You know when Trump won, I was upset but I wasn't surprised, I knew he was going to win. And despite the plutocrats, ideologues and imbeciles he appointed in his cabinet, I wanted him to succeed. But look at what's he's not accomplished, the promises he broke, the juvenile and stupid behavior and wasting his time on social media and now he has declared war on another nation.

But there is plenty of time, unless impeachment comes into play, to redeem himself. Maybe he will turn good like when he was competing in the WWE and become the populist president he promised to be when he campaigned.

Ugh. Why did you people have to derail a quality Louis Flores article (they are all quality) into non-sequitur conspiracy theories about Trump? There are some stories where it's relevant to discuss the president, but you're dragging down the usefulness of this blog right here.

I had an inkling I would be accused of the use of non-sequiturs. Sorry to bring down the blog with a thing called opinions. (As a cheap hit, Trump is the king of non-sequiturs)

But realize that that all those in the democrat machine referred in this piece are all using the rubric of not being with Trump to further their agendas.

I don't think I derailed anything. Nothing can derail that thorough Flores article, which will surely have a follow up. I will refrain from Trump-sequiters in the next portion that Crappy publishes.

JQ LLC you are trying to blame the corruption on Trump.

That is inline with the media Russia did it stories.

As far as the wars are concerned, which Nobel prize winning President was famous for invading Africa and other wars?

I am not blaming the entire NYC corruption cesspool on trump, he is just part of the sordid history of it.

I am done, take it as you want it

I am not blaming the entire NYC corruption cesspool on trump, he is just part of the sordid history of it.

Part of nothing.
Unfortunately the deep state got the better of him, just like they did with Obama.
Must be the Kennedy tape they use to remind the Presidents who is really in charge.
Rest, NYC is as corrupt as it can be. You can't vote them out, you can't send them to jail, not much anyone can do, other than move the F out of here.