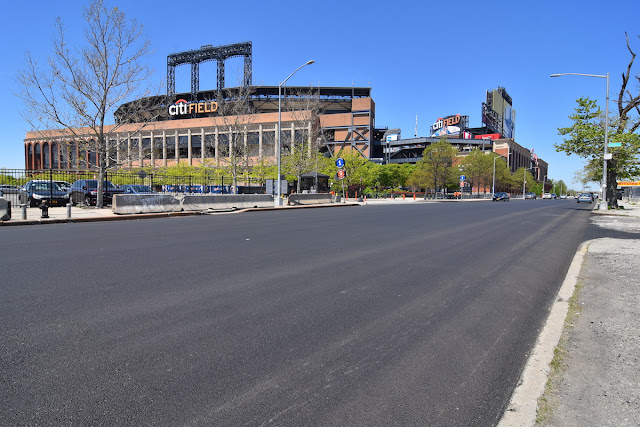 On Thursday, June 27, 2019, the New York Mets will hold a ceremony to rename a portion of 126th Street “Seaver Way” – aided and abetted by the New York City Department of Transportation (DOT).

It’s no coincidence that DOT very recently repaved the seven-block stretch of 126th Street to be renamed “Seaver Way.” And DOT repaved it, even though the condition of that street beforehand did not require resurfacing.

Could it be any more obvious, that DOT repaved that street to beautify it for the photo op during the Mets’ street renaming ceremony? That's an unjustifiable expenditure of taxpayer funds
But for Willets Point, the biggest insult is that DOT needlessly repaved 126th Street, while not repairing the nearby, severely dilapidated streets in Willets Point, which property and business owners have pleaded with the City for decades to fix.
If these street conditions existed in any other neighborhood of the City, they would be deemed an emergency and repaired right away on that basis. 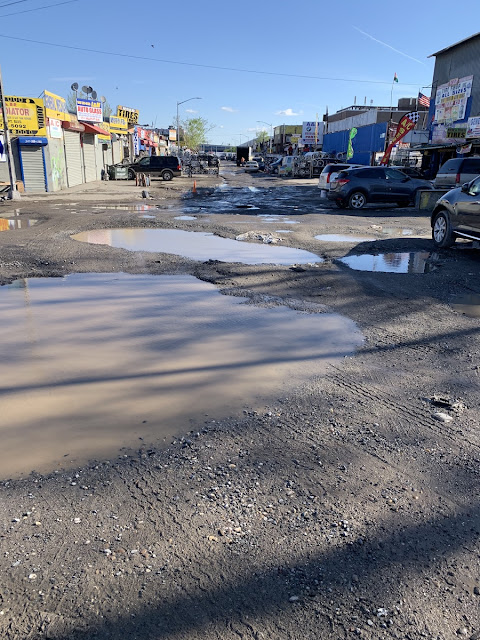 It's like this city is showing contempt for these businesses and telling them to get out right to their faces. This is no different than what a slumlord does to rent-stabilized tenants.

Francisco Moya, who represents this district, is not helping these businesses and doesn't seem to want to.

“Tom Seaver may not have laid the bricks of Citi Field, but he helped set the foundation this franchise is celebrated for,” said Councilman Francisco Moya, who sponsored the street-renaming legislation.

“Whether you were fortunate enough to watch Tom Seaver lead the Amazin’s to a World Series championship in 1969, or you grew up in the glow of that greatness, Queens residents have always known their ballpark was built on his right arm.”
Hey, Frankie, how about naming this neglected road after Pat Zachary? One of the guys the Mets traded for back in '77.

Probably around a quarter million would fix that problem. Who's gonna ante up?

Asphalt costs two bucks per square foot. Isn't there enough to go around?

They couldn’t have waited until the Mets got back from Philadelphia to bury them under it?

The city wants that property,just like they want Rivers Island.