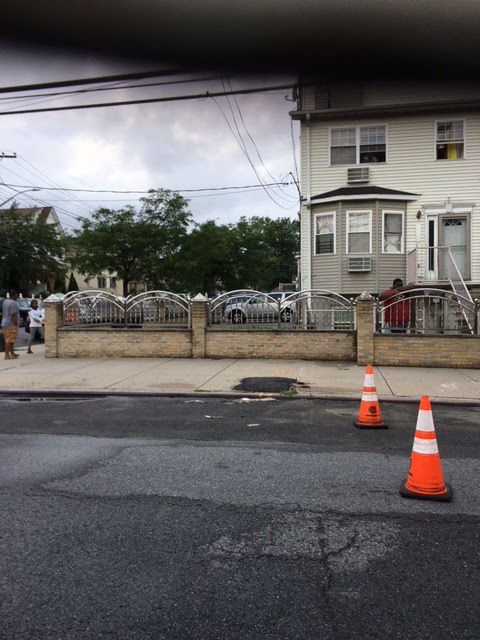 In a May 16th. e-mail Detective Costa instructed residents to contact the authorities to remove illegally placed cones.

Excerpts of his e-mail is as follows, "We have been receiving many complaints regarding cones being placed on streets to reserve parking spaces in front of people’s houses. We understand that parking is difficult in NYC but this is illegal.

To make a complaint, please follow the link below.
Street/Sidewalk Obstruction Complaint
Report an illegally placed box, barrel, bale of merchandise, or other movable property placed by a business or residence on a street or sidewalk."
However, residents have been telling me; that Detective Costa is instructing them, to remove the cones or objective themselves.
They said this a direct contradiction to his e-mail instructions. Furthermore, they contend that removing cones from in front of  residents' homes will cause conflict and more anamosity.


I called Detective Costa last week. I told him that I was calling regarding his e-mail. In addition, I told him that the abundance of cones is causing a grave inconvenience.

I could not believe his statement. He instructed me to remove the cones myself. Then I told him that residents complained; that he had given them the same instructions.

Detective Costa debated that there is no difference who removes the cones. I told him that I believe he is well aware of the underlying conflict. He pretended not to be aware; so I informed him that people will get annoyed. They will scrape your vehicle or removing people's cones could escalate into violence.
Detective Costa appeared unmoved. Nevertheless, I informed him that at the next opportunity I will inform the police commissioner that our community is neglected. 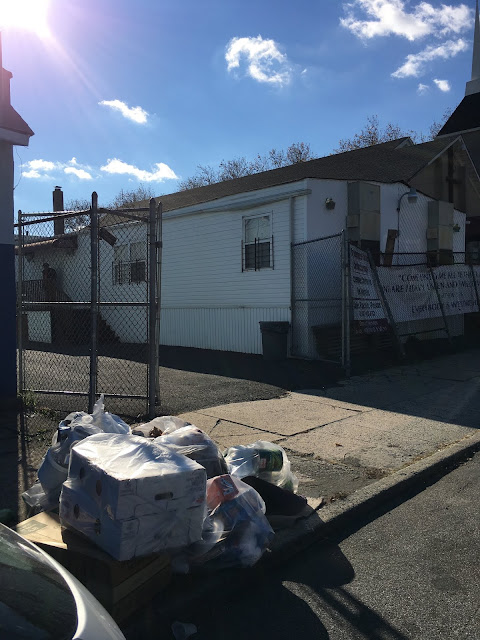 As I canvas my community, most residents say that in general, quality of life issues are neglected. This is true not only for the police department, but the sanitation department, and the department of transportation as well. Hence, the reason our community is filled with garbage and abandoned vehicles.
I hope residents will attend the next opportunity to talk to the police commissioner and other decision makers.

In the meantime, Detective Costa and his colleagues have the AUTHORITY to remove the widespread cones. The cones are visible all over our neighbourhood.

This detective is actually encouraging people to take the law into their own hands and do his job for him. This is a brazen display of laziness and cowardice on his part. Inconceivable.

If you "remove" the cones, where do you put them?

This is a major issue in Maspeth. People not only leave traffic cones or garbage cans in front of their own house but also do the same all over the street to hold a spot for their kids’s cars too. It’s just one more reason why I cannot wait to get out after I complete my work contract.

What are we 4 years old? We need the police to come and remove cones? If you want the spot that bad move the cone yourself. This is not what the police are here for. They have better things to do than babysit cones in the street.

Even if the cop comes and moves the cone, and you park there, the person who put the cone there is going to still think you did it.

If you want real solutions to the parking problems we need to push our council members to limit any future building and overcrowding, rezone our neighborhoods for lower density, and open up more areas for parking, and not bus and bike lanes.

Presumably, if the proper authorities showed up to enforce the laws, the cones would be placed in the trunk of the officers car.

Pamela, who is very proactive and vocal, says in the post herself that efforts were made by people and they were being intimidated by these violators.

Hey being a cop is a dirty filthy job
If you make it to detective you have excelled in learning the tricks of that dirty business
It’s a lot less work for him and the cronies if the mooks do the cops job for them - the beauty of it is that there’s no paperwork to do , no document trail
This is why detectives get the big $$$
They’re waiting until one of the cone removers is stabbed then this detective can get his ugly mug on tv

If there are cones on the street holding parking spots for individuals, we must file 311 complaints. Detective Costa was giving us the law and the means to file complaints about this in a private and confidential manner from our own computers-- privately.

He carried out his job. Now... after you file a 311 complaint, keep your complaint number and follow through with how that complaint is handled. Are the cones removed? Does the response come back that no cones were found? Did the authorities (could be Sanitation OR NYPD) take action to remedy the situation?

Detective Costa is not the bad guy here. He is working hard to be helpful.

Have you spoken with your NCO Officers?

Yeah, I'm sure Detective Costa has nothing better to do than to put his life on hold and call out the troops to remove all illegally placed traffic cones. I just can't with some people

Here's some relevant news you could have reported on

Ocasio has a Republican Opponent ...from New Jersey

His Highness the Mayor is in charge. Day one he made it his mission to back off enforcement of quality of life issues because every perp committing them is a victim of inequality and police
oppression. Every cop received the message loud and clear as to the support they would receive his first week in office. End of story. Vote the turd out.

Take those cones and put em in your yard. Make a collection.

This saving spot shitt is ridicules. I have it worse around me. 5 car households, 1 uber,1 car that mom never uses,another that daughter never uses, and the crappie hooptie that's a station car. They don't use the garage or driveway,that's for storage.they also purposely park their cars to take up 2 spots,for their people.we even have 2 cops that park at the hydrant all day long.

Slash some tires at 3 in the morning.keep it old school. Screw or aggravate me,there is no more Mr nice guy. Screw you!

Ms. Hazel, The NYPD is not going to do anything. It will not matter whether you speak to NCO Officers or the Mayor. And by the way, that's where it starts. Look who you elect. Garbage in, garbage out. They had a similar problem in Whitestone, for years now, where a resident blocks off the street to accommodate theirself. Hundreds of complaints, years of notifications and the result; nothing. NYC has had only one reprieve in my lifetime and that was Mayor Rudolph Giuliani and he's busy now.

This is going on, and meanwhile our idiot mayor is taking away what little parking we have left.

Is the Anonymous above DT Costa?
Same with items on the sidewalk or blocking the street- if the offenders even think you reported them - they will go
After them- sometimes they use threats of violence sometimes they just do it
Costa is passing the buck on this - sounds like they’ve already gone to the do nothing local elected officials

I don't think that word means what you think it means.

He's a quack and a carpet bagger. The republican party can do much better than that guy.

Besides, it's apparent that when you mention AOC it's instantly news.

Has anyone else noticed cones with the ConEd or DOT logos on them? I see one in the picture that says ConEd.

I also saw two cones that said DOT on them with "No Parking 9am-5PM" holding a residential parking spot. I wasn't sure if it was legit or not so I left. I usually will remove cones/trash bins to park, but couldn't tell if it was legit. This was in Ozone Park.

To which the Spaniard (Mandy Patinkin) replied, after hearing the Sicilian (Wally Shawn) say it for the umpteenth time, "I don't think that word means what you think it means." I figured two can quote from the movie...

I forgot about his response.

I thought Detctives investigate crimes, not deal with day to day problems?