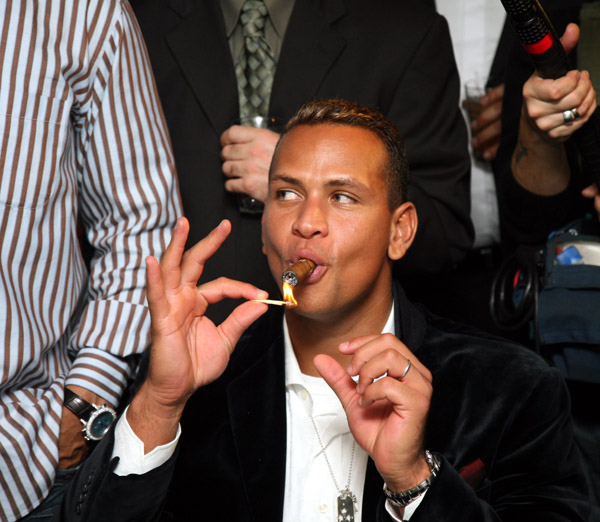 
Earlier this month, The Post exclusively reported that the retired third baseman had teamed up with the “Shark Tank” judge to buy a 21-unit rental building in the East Village — the first of what was billed by Corcoran as an ongoing partnership to buy multifamily buildings across the city.


Since then, however, the slugger’s A-Rod Corp. has teamed up with real estate investor and operator
Ofer Yardeni of Stonehenge NYC and brokerage guru Adam Modlin of the Modlin Group in what they say is an exclusive as-yet-to-be-named venture to root out and purchase all sizes of apartment buildings and bulk condominium units in the Big Apple.

Corcoran says she and Rodriguez have already discussed his new venture — and that she’s fine with the pivot.


“They buy big stuff, and I’m a private investor and find scrappy stuff,” Corcoran explained.
As to whether or not Rodriguez continues to invest with her, she adds, “I hope so, because he’s a great partner.”


A-Rod also suggested he made the switch because he wanted to go bigger.


“I have always had the ambition of owning rental apartments in New York,” Rodriguez said in a statement.


“Over the years opportunities arose to do so — however, I was hesitant until I could team up with a local partner in New York with a proven track record for managing through the highly regulated environment,” the former Yankee said.


“After several one-on-one meetings with Ofer Yardeni … I concluded that Stonehenge NYC was the perfect partner for me,” Rodriguez said.

What is this "big stuff" and "scrappy stuff" Miss Corcoran is referring to? Kind of juvenile descriptions for properties worth 7, 8 and even 9 digits.

Low life douchebag from day one. His return from disgrace back into media and celebrity is disgusting. These are our heroes.

This is definitely a head-line written by a bitter Mets fan.

I might pay more in Realestate taxes on a one bedroom CO-OP in NE Queens than he dose.

Sure, but it's unmerited income.

No, I'm a devoted Yankee fan that always suspected him of cheating. The bitter headline is more inspired by the normalization and continued success of this fraud.

Not might, you do. A Roid lives at 432 Park. The oligarch file cabinet building.

Crappy major players in the NYC real industry are known money launderers, how is being a steroid user worse than that?

Thanks for the link. https://prospect.org/article/heights-privileg

Its very inportant to mention how "Muso del Cane" Gov Cuomo will not put a yearly Realestate cap on the five NYC counties. A Property-tax cap for New York City should be implemented like the 2% cap in the rest of NYS. The middle class is being destroyed and all parties are responsible.

Man why do I always here people complain complain complain. Dudes they got rich because of not complaining, but doing. You want some action, then do it, then complain will be heard, not the other way around. You bitter because he got more money than you? So what if he buys apartment building. what? they have to be middle class like you? If that's the case, go to China where communism and socialist state are. But even China people have the brains to make money instead of complain complain complain. Same with other countries. get a grip, no wonder why they are rich and you aren't.

He was MVP 5 times I believe. And you might as well discount any of those stats from 2001 on.

A-rod got rich because he had a shifty agent and he intimidated and crushed everyone who got in his way including his relatives.

I stated why I am bitter about this and it's not about his personal wealth (nor even others personal wealth), and you will be too when you continue to pay higher rents or property taxes when A-rod's portfolio gets bigger.

The Trump oligarch welfare tax cut of 2017 was as socialist as the bank bailouts of 2008-9.

I don;t get this person's beef about A-Rod. Discount from 2001 on? Who says? A-Rod was a great Yankee and earned his money just like every other professional athlete. And by the way all pros have "shifty" agents. Maybe you should get one too.

As for what you don't get about my "beef", I have three words for that. Shoeless Joe Jackson, who was the also the best ball player in his time and was banished from baseball and subsequent fame and fortune for his complicity in throwing the world series. What A-Roid did was worse because he was able to build a brand and capitalized on his inflated artificial talent and abilities.

Shoeless Joe Jackson? Are you for real? Next thing you know you'll be bringing up Pete Rose. I give up! Where are peoples heads today? Oh, I know where!

Pete Rose too, that guy is not even in the hall of fame. Even though he was still able to profit off his brand with those funny WWE appearances.

Rose should be in the Baseball Hall of Fame based on his performance as an athlete, not his morals. Most people in this country probably couldn't meet the high standards JQ has set for them. It must be lonely at the top.

That was my point.

As for setting high standards, A-Roid is the most distinctive case for unjustified and unmerited success, but it's to be expected in this city where Steve Croman is still allowed to get loans from a bank to still buy properties.

Do good at what you do, and you too will be rewarded in kind. Bitterness and envy never has a payday!