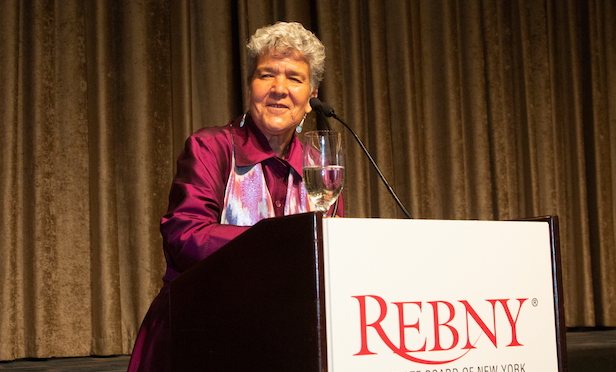 The head of the city's planning agency acknowledged that the mandatory inclusionary housing program—a signature accomplishment of Mayor Bill de Blasio's tenure—has failed to quell the growing concerns New Yorkers have about development pushing people out of their neighborhoods.

"I think we need to speak about [development] in terms that respond to the very concrete fears that people have about displacement," Marisa Lago, director of the Department of City Planning and head of the City Planning Commission, said at an event Thursday.

But Lago said public confidence in the mayor's policy requiring affordable units in projects benefiting from rezoning would grow over time.

"Mandatory inclusionary housing was passed just three years ago," Lago said. "As we see more and more of these units coming online, as we see neighborhoods ... begin to be regenerated, I think the facts will ultimately bear out that we're headed in the right direction."

As long as thousands apply for the measly few "affordable" units in each new building, fears won't be allayed, only increased. Neighborhoods will still be forever ruined and residents pushed out.

She looks like an Abruzziana grandmother. Sure she ain't related to BlaBlasio