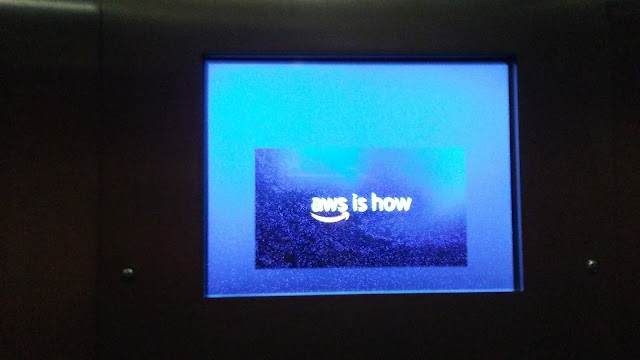 
Amazon is reportedly back in the market for office space in New York City, which, if true, is a sweet bit of vindication for critics of the company’s whole HQ2 fracas.
In February, Amazon dropped its plans to build a massive office complex in Queens amid political blowback over a package of state and city subsidies the project would have received. Now, according to the New York Post, the company is shopping for real estate on the West Side of Manhattan. “The tech giant has been in talks with owners of two shiny new skyscrapers located just one block west of Penn Station — the newly built One Manhattan West and its soon-to-be sister project, Two Manhattan West,” the paper reports, citing “sources.” The company, which already has 5,000 employees in the city, is apparently looking for 100,000 square feet or “much more.”

That footprint is significantly smaller than the 4 million to 8 million square feet of space Amazon planned to build out for its HQ2 project. But the fact that the company is still planning to grow its New York presence without a large, specially crafted subsidy package seems to prove the basic point many of the deal’s critics made, which is that major cities with large pools of business and engineering talent do not need to stoop to corporate welfare in order to attract major tech companies, which tend to go where they can find enough employees.

Come on guys, the only reason that Amazon did not get an opportunity was the local developers who own Gianaris, Van Bramer, et al were cut out of the deal and so told the boys not to play the game. Only the locals are dumb enough to consider them 'liberals.' As they have always done, we pay the price so they get rich off our backs.

The only good thing about that is the city is finally moving to marginalize the local poobahs because they are starting to spread uniquely 'Queens ideas' to the rest of the city. No one want that. Good news for us on Crappy. Their days are numbered.

Speaking of which heard that 'Honest Joe' Crowley is working on an initiatives for several of Trump's agendas in his 'consulting' work. Shows you how 'Democratic' the official Queens machine really is.

Name those developers names, please. Which of Trump's "agendas"?

POINT 1: If you can't figure it out you don't need to be told. Those that know don't need a list.
POINT 2: Joe Crowley joined Squire Patton Boggs [WIKI: Squire Patton Boggs entered into a strategic relationship with Michael Cohen, President Donald Trump's personal attorney, in 2017. Squire Patton Boggs paid Cohen a retainer and allowed him to use the firm's office in exchange for helping the firm to land lobbying clients. The firm terminated its relationship with Cohen in March 2018, and its New York office was raided by the FBI shortly thereafter as part of an investigation of Cohen's business dealings.] 'Nuf said about who Crowley is and who he's in bed with and by extension, the character of the machine he created.

Anon#1. I think you are partially right. I think the Plaxall family figured if they had Cuomo in their pocket, they didn't need to grease Gianaris and JVB. Big mistake and they should have known better since they have been here for decades. MG and JVB weren't going to let anything happen unless they got a taste. You could say the Amazon deal was killed over two envelopes with less inside than the cost of a decent vacation.

As for the Queens Dems, they have always been solely about money and jobs. It was never about ideology.

It goes a lot further than the Plaxall Family - you only have to walk through Astoria and take a look at what the local talent has done to make a cute working class area filled with new buildings that are simply hideous. Their only purpose to make a very small number of donors very rich.

No one wants that, especially where the real money is - in LIC or NYC.

Amazon is coming into LIC - they only need to do a bit of declawing, detoothing, and deboning before they can proceed. They will. AOC is the first step to contain and marginalize that crowd. Others, real, not born again hacks rebranded as liberals, are already on the wings.

Progress? The future still remains dominated by behemoth mega-conglomerates, like something outta Blade Runner. Force big co's to pay taxes like everybody else: then I'll care.

Just to clarify, Crowley did not create the machine. It was created and perfected long before him by DeMarco and Manton. Anyone that knows Crowley is aware that he is one of the stupidest men in politics. Also one of the luckiest apparently. But just to be clear, Crowley didn't create anything.

The point was these people arose at a time when much of the country was inhabited by ignorant hillbillies and immigrants whom they took advantage of and manipulated.

Today, with social media, the learning curve with the offspring of these folks is a lot sharper. The machine politics days are numbered, and with the internet, as here with Crappy, spells the end in sight.

Anon above, you speak as if thingz have changed. I'd say much of our country TODAY is populated by immigrants. Indeed, if current trends continue, native born residents will become a minority soon.

Trump is an altar boy compared to the totally corrupt NYC Democrats.

Anon above, you speak as if thingz have changed. I'd say much of our country TODAY is populated by immigrants. Indeed, if current trends continue, native born residents will become a minority soon.

Beg to disagree - the hacks want them to act like stereotypical immigrants so they can be bought and sold like cattle, but their kids want the American Dream - remember they left a sh*thole with BS politicians and have no interest go back into one. This ain't 1910.

NYU's Scott Galloway exposed Amazon.
He said it was obvious HQ2 would be in DC/NY
because that's where Bezos had apartments.

Th scam with immigrants is get them into a ghetto, don't let them learn English (or anything else), pay them to scream, but never let them become citizens or vote. This way they count in the census for redistricting, but you don't have to spend campaign funds on them, only taxpayer funds. Al Sharpton and Jesse Jackson perfected this by making racists fear the rising Eisenhower black middle class and turn them back into "community Action Group" sharecroppers.

Trump is an Altered Boy

@1. Come on we all know AOC blocked the deal. She has been talking about that so many times that one might have missed half of the brains not to heard her.. Communists..