Queens is king of tuberculosis 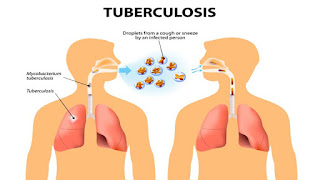 The number of new tuberculosis cases recorded in New York City jumped by 10 percent last year, the largest increase in 25 years, according to a new report released on Monday.

City officials expressed concern over the health department report detailing 613 new cases in 2017, which is up from 556 recorded in 2016. The number of new multidrug-resistant TB cases also grew in 2017, from 11 to 14.

“New York City has been a leader in TB control, and we need to address this increase in cases,” said Dr. Joseph Burzynski, assistant commissioner for the health department’s Bureau of TB Control. “It will require a coordinated public health response, coupled with the city’s robust health care infrastructure, to make progress in the effort to eliminate tuberculosis as a threat in New York City.”

This is the first time that the city has seen an increase in new TB cases since 2003, according to the report.

NYC is a Sanctuary city what do you expect would happen !
Spitting on the street/subway is common now and no one gets fined.

Look at the neighborhoods in the top running...
All predominantly asian areas. This is NOT a coincidence!

What a coincidence. These are all areas where the illegal immigrant Chinese are.

In the last week since the official start of spring which has been the chilliest it's been in quite some time, I seen idiots walking in public without jackets and even shorts on. Certainly that's a good way to catch something and spread it around.

Not to mention the massive influx of people, all races and nationalities-the tourists and the transients overpopulating this decaying city. Hell, even some shit for brains went cavorting around town with the measles a month ago.

Another sight I have witnessed in the last few years are those Asian people in the articles pictures. Lots of them. And I thought they were just being hypochondriacs, or maybe being considerate.

Applicants get screened for TB before approval to immigrate legally.

yet another example of how the Democrats do not care about anything except getting elected. they are trashing NYC to get a permanent grip on its votes.

Applicants get screened for TB before approval to immigrate legally.
So what? That doesn't mean that they don't do their same actions here as they were doing in their home countries that caused them to get tb. I live in an attached house and my neighbors are chinese and they burn their trash in the backyard, which is ILLEGAL! The fire dept was called and they still insist on doing it. Also, tb is spread through spit and coughing, have you ever been on the 7 train platform? They also have a large population who smoked or still smoke now. So still no surprise to me that it is in predominantly asian neighborhoods!

Dummocrap votes über alles! They don't give a damn about NYC citizens' health so long as they can squeeze some more Chinese illegals into our neighborhoods, diseases and all. I've seen neighborhood after neighborhood fall as the Chinese take them over and blight them with insane population densities in apartments and houses, trash strewn all over lawns, cigarette butts all over the place, illegal animals being sold, unbelievable cruelty to other animals for their stinking "ancient Chinese remedies", most of which are meant to help them get it up to make MORE Chinese, etc. They are not assets to the neighborhoods they invade, they are destroyers. And now, we all get spit on, coughed on, etc. to share their filthy Chinese ghetto diseases. Yeah, bring MORE in and tie the hands of ICE to deport them!

Shocked - has nothing to do with all the Chinese/Asians rushing into queens after Sandy and everything else - living 20 people to a room in dirty conditions... yeah

What a pity! All the contagious diseases we worked so hard to eliminate for the past 100 years are making a comeback due to lack of enforcement of immigration laws. What's next, the black plague?

And I'll bet Flushing is one of the high spots .
All of those Chinese spitting on the sidewalk is an unsanitary dangerous condition. Yeah...we know it's a cultural thing. It's still crude and can be is source of infection.

Full medical exams for ALL who enter country! Maybe Trump is right after all.
Control immigration!

>Full medical exams for ALL who enter country!

That'll do wonders for tourism I'm sure.

15 yrs ago I called the city about the spitting and gutter filth in flushing. You couldn't walk without stepping in spit - utterly disgusting. They did nothing. So I called the CDC.
Within a week the spitting ceased and the gray water in the curbs disappeared.

Call the CDC when you see this sort of rampant behavior.