What's really to blame for the murder spike? 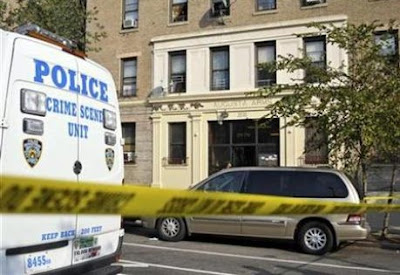 As crime plummeted in the 1990s, New York rebranded itself as the safest big city in America, luring back tourists and businesses that fled in the 1970s and 1980s, when the city was associated with graffiti-splashed subway cars, littered streets and a crack cocaine epidemic.

Now it is looking at statistics that show murder and rape up more than 15 percent so far this year over the same period of 2009, which could be a statistical regression to the mean or a slippage in crime-fighting tactics.

"We are sliding back in the wrong direction," said City Councilman Peter Vallone, chairman of the council's Public Safety Committee.

Vallone attributes part of the increase to the faltering economy -- a theory police and some academics dismiss.

Much of the gun violence occurs far from tourist-populated Times Square or Wall Street -- around the city's public housing projects where the poor are crowded into high-density apartment blocks and teenagers get trapped into gangs.

Vallone says the causes are simple. The police force has been reduced due to budget cuts, the economy is weaker, and state lawmakers last year relaxed famously strict laws that required mandatory prison terms for low-level drug felons.

"You have a perfect storm of criminal indicators," Vallone said. "We need to lose the attitude that we've won the war on crime. ... The pendulum has swung again to the liberal side where we're all about treatment and coddling criminals."

Andrew Karmen, a professor at New York's John Jay College of Criminal Justice, said no single factor explains a drop or increase in crime and that most explanations were "ideological or self-serving."

Agreed. It's not just the fact that there are more people living on top of each other, fewer cops, a shitty economy and more lenient sentencing.

It's also the fact that we are allowing people into this country and encouraging them to settle in this City when we have no idea who the hell they are, what they are up to or if they have a criminal record. And then there is the ad nauseum whining when they are discovered and deported.

Oh, and cameras in public places? Forget it! That's an invasion of privacy! What?
Posted by Queens Crapper at 12:25 AM

The real estate mayor wants to push a billion $ police academy and lay-off cut even demote NYPD Sgts. Stop the development and employ NYPD & use old academy. Typing from iPhone - FYI rapes up due to economy? How about rape always there not necessarily reported and rape exists because of sick twisted violent men and we have jurors and parole system that let them walk.


Biurny Peguero Gonzalez concocted an elaborate story in 2005, claiming that a Bronx man held her at knifepoint as he and two pals raped her on a deserted street.

She lied to friends, doctors, police, prosecutors, grand jurors and jurors about how William McCaffrey and his friends kidnapped her from her parked car when she was blind drunk and attacked her.

Based almost solely on her testimony, McCaffrey was given 20 years in prison and spent the past three years serving time.

William McCaffrey spent just about 4 years of his life in prison after being found GUILTY of raping Biurny Peguero Gonzalez .

And then there's Dennis Gallagher, who was offered a plea if only he'd step down and make way for the cousin of the Queens Dem boss. He agreed to alcohol counseling but has been seen in many a bar since his court appearance.

there is no crime or murder spike. those of us who live in the real NYC know this. the NYPD brass and the mayor were lying until those cops came forward. these same cops are litigating against the NYPD. can't hide that.

Crime was ALWAYS here. Bloomberg fooled all of you into voting for him AGAIN and AGAIN and AGAIN by lying about statistics, not only crime, but the school system, taxes, development, mass transit...

And now we have cars with out of town plates all over our filthy streets with anti-Obama stickers on them.

Blame the smartest man in the nypd,Chief of Detectives Phil Pulaski.He has absolutely no clue on how to close a case and was never a Detective!

WTF? Again, we wonder, why? Again, the response is, ILLEGAL aliens! Depleting all resouces and disrupting a quality of life the American taxpayer cannot afford anymore! Uncle Sam? Lady Liberty? Phil D. Basket, John Q. Public? "Born and made in The U.S. of A!" OMG Am I not a spoiled American? Just frustrated. Thank-you for sharing.