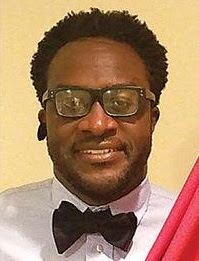 Oster Bryan, the former candidate who ran for an Assembly seat in southeast Queens against incumbent Clyde Vanel (D-Queens Village) in the Sept. 13 Democratic primary was asked to resign from his post as the president of the St. Albans Improvement Association.

Bryan believes that an $8,000 grant sent to the civic association before the Sept. 13 primary by Vanel was at the heart of the decision of him getting booted from organization.

“They are trying to remove as president, and they are saying it’s because I ran for public office, but that makes no sense to me,” said Bryan. “There is no such rule on our books that says I can’t.”

“It appears that you had no interest nor respect for the welfare of this organization and its members. Instead you choose to join the race for the Assembly seat after already knowing Assemblyman Clyde Vanel gave the Civic a grant,” said the letter that was sent out by the organization’s Vice President Martha Oliver.

Vanel implied he had nothing to do with Bryan being asked to resign and that funds were sent to the civic association long before the primary race; however, he did not have records on hand as to when exactly he offered the grant as of Wednesday night.

The mobbed up leadership of Queens and their manipulation of government office and public taxes for their own benefit makes the antics of Trump a piker by comparison.

The internet, blogs like Queens Crap, point to their ultimate demise. Sooner than later.

This is the majorly corrupt Queens Democratic machine that wants to keep their own hacks always in office and do not want to see new blood enter the system. In the meantime places like Jamaica and SE Queens which has the same old elected officials in office year after year, decade after decade (Comrie, Meeks, Cooks) are in such poor conditions with low quality of life, crime, shootings, a major polluting trash dump (Royal Waste) near thousands of homes, illegal truck driving on residential streets, illegal truck parking on residential streets, a take over of all the Merrick auto body shops who have taken over parking spaces and lanes with their junked cars, over 20 homeless shelters all over and more nonsense each and every year. THAT is what the entrenched status quo has given to the community.

Wow. I was preparing to at least hear a plausible excuse from the group for some other reason why they might have booted him, but they outright admit to his allegation. This group has no business calling itself a "civic" association, and doesn't deserve someone with Bryan's initiative.

As well as all kinds of good.

("So you think that money is the root of all evil? . . . Have you ever asked what is the root of money? Money is a tool of exchange, which can’t exist unless there are goods produced and men able to produce them. Money is the material shape of the principle that men who wish to deal with one another must deal by trade and give value for value. Money is not the tool of the moochers, who claim your product by tears, or of the looters, who take it from you by force. Money is made possible only by the men who produce. Is this what you consider evil?" - Ayn Rand, For The New Intellectual)

The Queens Machine cares not for democracy or the people, especially those striving and making an effort to foster change and promote accountability. Time for a third party.

I don't believe in coincidences or fairy tales. No doubt this is political interference and intimidation of someone, who I don't know, running for a public office. There is no connection between a person running for office and being an officer of a civic organization, unless they are violating it's 501 c3 status in some way, and this does not appear to be the case. The FBI should investigate this!

Sorry the FBI is too busy investigating a high school party from 36 years ago.

They care only for where their paycheck is coming...

"Money is made possible only by the men who produce. Is this what you consider evil?" - Ayn Rand, For The New Intellectual)"

Sorry Aynnie, not when money is influencing a collective of men and women trading it only to serve and maintain their exclusive shitty little club and selling out the citizenry.

“Madness is something rare in individuals — but in groups, parties, peoples, and ages, it is the rule.” Friedrich Nietzsche

From the same Crapper-quoted source: 1 Timothy 6:17 . . . "Charge them that are rich in this world, that they be not highminded, nor trust in uncertain riches, but in the living God, who giveth us richly all things to enjoy."

So, why PRODUCE anything? Christianity is replete with this kind of anti-entrepreneurial messaging. As I stated, the LOVE of money is also the source of all kinds of good. No?

AND where did Assemblyman Vanel even get those 8000 G's to bandy about? To shovel out at his discretion? Those 8000 G's that he did not produce? He commandeered them via NY State taxes - face it: backed up by a barrel of a gun - against "them that are rich in this world".

When you play the game of thrones you either become king or you die.

I didn't know they were the oldest in the borough (1906). Seems like they did good work at some point.

"St. Albans was part of a land grant from Gov. Stuyvesant to Dutch settlers in 1655. At the time, the land mainly consisted of farms, forest and marshland. Developed in 1892 by a syndicate from Manhattan, St. Albans got its name from about 100 residents who chose St. Albans in honor of England's first martyr. In July 1898, St. Albans received its first railroad, which ran along Linden Blvd. A year later it got a post office, built when the population reached 600. In 1906, the St. Albans Improvement (Civic) Association was organized, and through its efforts, St. Albans' homes got gas, electricity and water service. It also pushed for other services, including a firehouse and police protection, built six schools - including Andrew Jackson High School - more libraries, streets and sidewalks, and increased transportation services. " Daily News

One hopes they still do good work, but it's hard to tell fr their facebook.

Quote:
“People who don’t live in the community are trying to control what goes on in the community,” according to Bryan. “I was told [by Oliver over a phone call] that Joe Goldbloom said ‘it can’t be done,’ and to my understanding that it is him who is pushing this.”

Goldbloom and Oliver were not available for comment as of Wednesday night.

“He lives in Manhattan and he is not even a member of the civic,” said Bryan.

Bryan also emphasized that while running for the Assembly seat representing St. Albans, Cambria Heights, Hollis, Floral Park and Queens Village, he did not campaign at the civic association’s headquarters, located at 204-03 Linden Blvd. in St. Albans.

“I believe that this is some kind of retaliation for running,” said Bryan. “You don’t lose your right as a citizen because you are doing volunteer work for an organizati­on.” /ENDQUOTE

So one needs to scrutinize the Association's VP Oliver, and this Goldbloom. All that said, I don't see how being on a BoD for a non-profit precludes you running for office - these aren't full time positions that require 8 hours a day at a desk doing paperwork...

> The eight-page bylaws from the civic association did not indicate a member or leader of the organization could not run for office; however, a letter sent to the former candidate said that he knew of the funds that were sent to the civic association before he decided to run and put the needs of the nonprofit at risk.
>“It appears that you had no interest nor respect for the welfare of this organization and its members. Instead you choose to join the race for the Assembly seat after already knowing Assemblyman Clyde Vanel gave the Civic a grant,” said the letter that was sent out by the organization’s Vice President Martha Oliver.

Wow, not even subtle about it.
"He gave us some taxpayer money, don't you dare oppose him."

I don't see him putting this non-profit at risk. As long as he doesn't use it or it's money to promote his candidacy. Sounds like some politician out there is forgetting that we live in a democracy. I say, run, and let the best one win!

Come to think of it, the State Assembly and Senate have almost no money to give out to local organizations. Unlike the City Council, who's members get hundreds of thousands of dollars in earmarks to distribute, the Assembly just gets a pittance. Vanel giving them just $8000 is actually pretty significant.