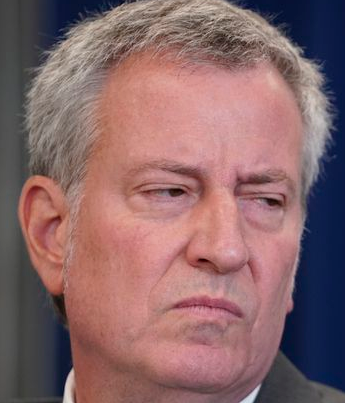 It may not be a bridge, but the city has something to sell you in Brooklyn — and donors to Mayor de Blasio are first in line to benefit.


In what appears to be a textbook “pay-to-play” move, the city is selling NYCHA development rights to builders who gave de Blasio’s campaigns more than $20,000.


Air rights at the Ingersoll Houses near Fort Greene Park in Brooklyn are being sold for $25 million to Maddd Equities, whose chief Jorge Madruga gave $10,000 to Hizzoner’s scandal-plagued Campaign for One New York, plus another $5,350 for his mayoral runs, according to filings. Joy Construction, whose employees gave de Blasio’s mayoral campaigns $5,200, is co-developer on the deal.


The companies plan to build two apartment buildings of about 31 and 33 stories each right next to the New York City Housing Authority buildings in Downtown Brooklyn.


“It absolutely looks terrible,” Susan Lerner, executive director of good government group Common Cause, said. “It definitely violates the spirit if not the letter of our campaign finance law and it removes public assets from public control without public input"

By buying 91,000 square feet of the Ingersoll House’s unused air rights - vertical space available under zoning laws - Maddd Equities and Joy Construction will be able to build about 10 stories higher than their original plans for the lots.


The city and the builders say the deal is a win-win.


The $25 million check will go toward a variety of repairs at the 75-year-old Ingersoll Houses, which will need about $300 million in repairs and maintenance work over the next nine years, according to the city.


The de Blasio administration hopes to raise $1 billion for NYCHA repairs through the sale of unused air rights, that can only be used for properties adjacent to public housing.


“It’s not about taking all of the green space and converting it to buildings at all,” said Jonathan Gouveia, NYCHA’s senior vice president of real estate. “We’re trying to be very strategic in how we insert some buildings so that you’re adding some density and generating some proceeds but at the same time, not dramatically changing the overall feel of the neighborhood.”


The developers plan to set aside 25% of their new towers’ roughly 400 units as “affordable housing.” Households earning 60% of the area’s median income would qualify. The developers say they will work with the local community board to help Ingersoll residents apply for those units.

Elect criminals and this is what you get. Reelect them and you get more. It's not his fault, it's the fault of the people who put him there; You!

Love your de B photo!!

Nothing will come of this. Unfortunately the politicians in New York are a protected class.

I bet $1000 "if" deBlasio runs for the 3rd times that he will wins again.
Anyway, it is not that our next Mayor is going to be any better (**cough** Major Johnson).
Can't wait until retirement which are couple years away so I leave this dumb city.

It's not his fault, it's the fault of the people who put him there; You!

Spot on! This mofo dumb ass would not be around if not for the mentally disturbed liberal crowd, you know the bike people, the global warming scam people, the modern illiterates who are dumber then a fucking rock. You should be all proud, who else can you vote in after dumbo?

Maddd Equities has spent a whopping $234,019 on lobbying related to properties since 2016. Its filings do not specify how much it spent on that project alone. Lobbying targets included NYCHA officials, Council Majority Leader Laurie Cumbo, whose district covers the Ingersoll Houses, and other politicians. Madruga is a prolific campaign contributor. For candidates other than de Blasio, he’s “bundled,” or arranged for others to give, $41,495 since the 2013 election cycle. He’s personally given $20,760 to pols other than the mayor all over the city for the last six years.

Lead buried right there, could be an long-form investigative report all of its own.

This whole "housing crisis" is a scam cooked up by developers and their lobbyists, in league with government scam artists, to change zoning laws to get them properties to redevelop.

There is no human right to live in NYC. But the fact is, if you make decent money and have decent credit and are quick on your feet, you can find and rent an apartment. If not, you can commute. Like my dad did my whole childhood.

The real problem -- all over this country-- is a stagnant wage crisis that's been with us for forty years. Yes, forty! You can google it.