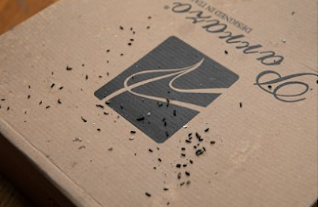 Keep your mouth shut, and you can stay put.

That’s the loud-and-clear message a social services provider sent to a Bronx mother of three when it made her promise to stop calling the city’s 311 help line with gripes about her heat-less, rodent-filled subsidized apartment.


Iesha Poindexter told the Daily News that since she moved into her 4453 White Plains Rd. unit in 2013, it’s been one nightmare after another, with spotty heat and hot water and a near-constant sprinkling of rodent droppings on her family’s clothing.


When management failed to remedy the issues, she complained to 311 — which irked staffers so much, they told her to stop calling, or go.


In August, Poindexter was presented with a form that stipulated she must stop contacting the city helpline with complaints, or she’d get the boot. The form said she must “refrain from calling 311 in regard to any complaints or repair work that needs to be completed in your apartment or on any of Five Stars Management property.”


Poindexter, afraid she’d find herself on the street with her three sons — and the two kittens she adopted as a form of rodent control — reluctantly signed.


But now, she told The News, management is going to kick her out anyway when her lease expires in March.


The building she lives in, Poindexter said, houses tenants who receive a mix of rent subsidies, including supportive housing and welfare money, which she receives, as well as other sources of funding like Section 8 vouchers and veterans assistance.


She pays rent out of her own pocket through supportive housing subsidies from the Acacia Network — the entity that provides social services in the building and whose letterhead appears on the form she signed — and with welfare money she gets through the city Department of Homeless Services, she said. All of it goes to the building’s property manager, Five Stars Management.

Ah, that scalliwag Acacia Network, which all you long-time Crapper readers should be familiar with.

What is so wrong with her that she cant get a job? If you dont like a place, then move but you were too lazy to get a job even to better yourself. I get that 311 and the building manager was wrong for not fixing the problems. So maybe look at this as a calling to get up and fix your life and get a decent job and education. After that you can move from NYC and never have to deal with stuff like this again.

"She pays out of her own pocket through supportive housing subsidies." Translation: Her life is subsidized completely by tax payer largesse.

What are we going to do about the men who father children that the taxpayer support?

Neither of them have the right of it, let alone anything approaching a moral high ground. Get the heat on and the rats out, it's basic minimum standards.