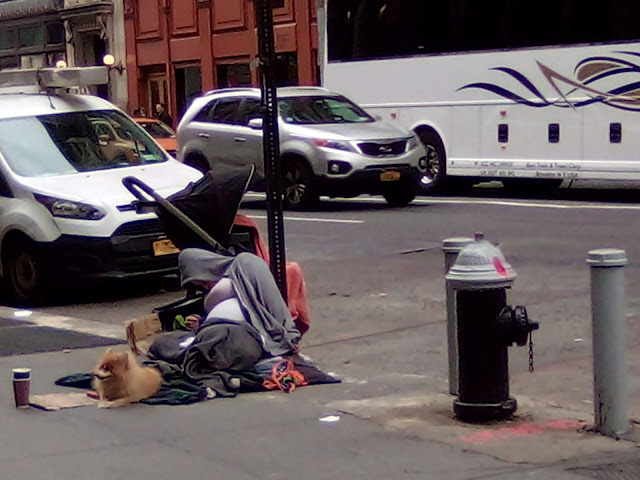 A Queens lawmaker wants the state comptroller to take a look at the books of the city’s top homeless shelter providers.

Assemblyman Andrew Hevesi is asking Thomas DiNapoli to audit 12 nonprofits responsible for housing and helping homeless New Yorkers and probe whether taxpayer money is being spent efficiently as homelessness rates continue to climb.

Hevesi, the chair of his chamber’s social services committee, said he’s witnessed a multitude of problems plaguing shelters in recent years, including exorbitant salaries for top executives and facilities with major safety and maintenance concerns.

“While some providers use all of their resources appropriately and provide exemplary services, it is also clear that many providers are failing to achieve their mission. In fact, the overall average length of shelter stays has increased, as has the rate of clients subsequently returning after leaving,” the Democrat wrote to the comptroller in a letter obtained by the Daily News.

In January, Coalition for the Homeless found that a record number of people — nearly 64,000 — were living in city shelters. The total has fluctuated since, but as of September, there were 62,391 homeless, including 14,962 families with 22,083 children, according to the advocacy group.

More than 114,000 students in city public and charter schools — one out of every ten — was homeless during the 2018-2019 school year, according to a survey released last month by the education nonprofit Advocates for Children.

As the number of people relying on city shelters has grown, so too has the amount of issues at the facilities, Hevesi said.

“There are several providers whose services strip the dignity of their clients and put clients in dangerous situations and that shouldn’t be occurring with these huge sums of taxpayer money that we’re putting into this industry,” the lawmaker told The News.

How about not putting homeless people to the top of the list for section 8 housing.if you apply for housing it will take 7-9 years.if you declare yourself homeless it will take 7 or 8 months.If the city stopped prioritizing the homeless I estimate 25000-30000 would leave the system.

One out of ten students homeless is insane. Use bus ticket therapy to send people back where they have some family. Let their own family help them. NYC is no place for people who can't earn a halfway-decent income. Why hold them hostage here?

How about some accountability from the State of New York.

Wait a minute, didn't this guy's old man rip off the state for years? F him and the voters who elected him.

Hey does this guy walk himself with the dog pushing the stroller or what?

What does Hevesi mean by the "dignity" of the homeless? I was recently informed that my wife's friend saw a guy defecating right near Macy's, in broad daylight, near 34th Street. We used to call such people "bums," and they congregated on the Bowery. Where is the "dignity" of these people? They're sleeping in doorways right on Queens Boulevard in Kew Gardens, where Katz can see them, if she only looks. They are often begging right in the government center of Queens. Why can't they work like everybody else? If they need mental or drug assistance, they should be in rehab, off the streets. We are sympathetic to people who have fallen on hard times. However, people do have a responsibility to take care of themselves and not expect everything from the government, which is, after all, you and me. Abraham Lincoln said that people must work to sustain themselves. St. Paul, in his letter to the Thessalonians, said that people must work for their food. Queens is falling apart. Why are Hevesi, DiBlasio, and the squad bending over backwards to take money from our hard-working, law-abiding citizens and giving it to criminals, misfits, addicts, and schizophrenics. Queens has become a dangerous cesspool. And we can thank our idiot politicians.