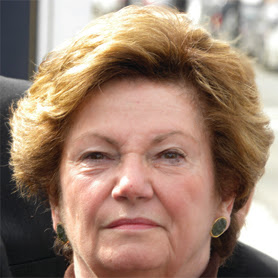 Assemblywoman Margaret Markey (D-Queens) is pushing a bill to not only eliminate the statute of limitations on child sexual abuse cases, but also to open a one-year window in which victims who can’t sue under current law would be able to.

Markey in 2009 amended her bill to get rid of the requirement giving victims 90 days to notify public institutions of an intent to sue. But she removed the provision two years later after receiving a barrage of opposition from groups representing local governments and schools.

The state Association of Counties in a memo at the time argued that the 90-day deadline “is important to allow the locality to promptly investigate such claims and obtain evidence.”

Notices of claim are filed ahead of all manner of lawsuits, including those involving accidental falls, false arrest, malpractice in public hospitals or injuries at public schools or public transportation. The provision has been on the books in the city for decades, but Gov. Cuomo in 2013 signed into law a uniform statewide 90-day filing deadline.

Markey spokesman Michael Armstrong on Friday called the argument over removing the 90-day provision “disingenuous” and a “red herring.” He said sex abuse at public institutions like schools tends to be exposed earlier on and dealt with quickly.

Of course! Only kids going to Catholic schools repress memories for years and need an extension of the statute of limitations. Public school kids, who make up the majority of school sex abuse victims, get justice right away.

Does anyone else think this woman got lobbied by trial lawyers looking to make a quick buck? She certainly has never fought for anything with this much zeal for her own district.
Posted by Queens Crapper at 1:09 AM

Her husband is a judge (via Democratic machine). I'm sure they socialize and have strong relationships with trial lawyers.

Never heard of her.

Marge Markey is a pig hack. The worst of the worst.

I believe her son Charlie went out on a huge disability pension from the FDNY for something like sleep apnea thanks to his mom. He then worked as a bartender for years in Manhattan. Funny how he could do that but not work in Public Relations where his mom helped him land for the FDNY. That needs to be investigated.

What is the current statue of limitations?

For a minor, it's until the victim's 23rd birthday. The church supports a bill to extend that to the 28th birthday.

It's statute of limitations, not statue.

Anything Margie is in favor of has to stink!

Corruption is inscribed all over her harsh ugly face!