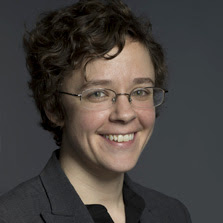 Some of New York City Mayor Bill de Blasio’s closest political allies have received subpoenas as part of coordinated federal and state investigations into his fundraising activities, people familiar with the matter said.

City Hall has also been subpoenaed and will cooperate fully, but Mr. de Blasio “has not been personally served,” Maya Wiley, counsel to the mayor, said Wednesday night.

The allies who received subpoenas include Emma Wolfe, the mayor’s director of intergovernmental affairs and his chief political aide; Ross Offinger, his top fundraiser; and BerlinRosen, a consulting firm that works on the mayor’s political campaigns and was co-founded by Jonathan Rosen, a top adviser to Mr. de Blasio.

Other political consultants and firms close to the mayor have also gotten subpoenas, the people said.

Neither the mayor nor his allies have been accused of any wrongdoing. A spokeswoman for the mayor’s office said Ms. Wolfe’s integrity shouldn’t be questioned and that she had followed all laws. Mr. Offinger declined to comment through a spokesman.

Mr. Rosen said, “We have acted appropriately and in accordance with the law at all times.”

The subpoenas are seeking documents related to the mayor’s unsuccessful effort in 2014 to bring the state Senate under Democratic control and fundraising for the Campaign for One New York, a nonprofit set up by Mr. de Blasio’s allies to advance the mayor’s agenda, the people said.
Posted by Queens Crapper at 6:41 AM

Bill DiBlasio - "You see that glow flashing in the corner of your eye? That's your career dissipation light. It just went into high gear."

So Emma's live in girlfriend lover got a $150k job from the progressive mayor.. Progressive my ass.

He will get off the hook just like Andy Boy did. Preet has to make his charges stick this time.

DuhBlazio will walk away without a scratch. He is the darling of the Progressives. If he wasn't from NY he would be a serious VP candidate.

They think the citizen's united decision is going to exempt them from charges. The fucked up thing is that it just might.

What did that cop say to Henry Hill in Goodfellas?

As long as the majority collect benefits this kind of corruption means nothing,even the unions are starting to figure out politicians don't need thier members dues money anymore,just promise 5 dollars in EBT increase and the polling booths are jammed like a prision bus to Rikers on visiting day or a hospital emergency room and hour after the Carnival Day Parade getting stitched up from knife wounds and rapes.

Hey, Nothing will happen to that crooked & crazy New York mayor because he can play the "medicated card" AND he's a fellow democrat progressive.
To add as a backup both Clinton and Obama have remote controls straight to the FBI to command "intervention" parachutes & get out of jail free cards should the case even get that far.

Nothing will change until stupid voters wake up and toss ALL these festering dirty diapers out. Unfortunately like clockwork stupid New York voters will reward the crooks, thieves, druggies and assholes with re-election instead.

For now prey for Trump in 2017 or we are all screwed for life should a progressive liberal democrat activist butch judge is appointed to that Supreme court under Clinton or Sanders. They will first come for your guns, then homes then savings and social security money. Supreme court appointments are for life or till one retires, steps down or croaks !!!

Vivorito and the city council must be relieved this broke After they cashed thier bonus checks now they can renegotiate with theach mayor who serves out the remainder of BeBlasios term,

Polling booths are nothing more than giant ATMS and if they could they would hand out free cheese and bread for showing up to vote yourself a raise.
Give it time.

Will Hillary renounce DiBlasios endorsement for President with this news coming out?

If deregulating the Real Estate industry and acting as REBNY's personal chaperone is progressive, then DeBlasio is the reincarnation of Abby Hoffman.

But DeBlasio isn't progressive, except for transgender bathrooms and other meaningless social talking points. His legislative actions are completely republican. When the republicans deregulated the airline industry they were called good conservatives.

It's fun that Sean Hannity calls DeBlasio the "comrade". But there hasn't been a single piece of meaningful, "fun city" legislation that has altered the city due to DeBlasio.

With that said, if the allegations are true, he should be in a jail cell with Denis Hastert.

A lot lest articles/posts lately :(

I'd love to see diblasio locked up and kicked out of office but let's be careful what we wish for here. Look at who's next in line if he vacates the office.

I LOVE THE WAY THIS IS GOING DOWN. PLEASE KEEP THE SUBPOENAS COMING !!

Naw, this guy has pissed off too many people.

Alas, the future (and karma), always have a peculiar way of arriving unannounced!

But, let us not lose faith (or patience), with Preet Bharara---Andrew Cuomo's not out of the compost yet, and our disgraced, mayor by default election is about to know what it feels like when that karma that I talked about (above), descends on Wilhelm's doorstep---UNANNOUNCED (like an unplanned Jehovah's Witness visit)!

Because, right now, New York City and State residents are under a political siege from WITHIN our borders, and the corruption, greed, graft, cronyism, nepotism, favoritism, kickbacks, payoffs and cover-ups have reached a tipping point of entrenched, government depravity, that it's all being practiced OPENLY---and, without consequence---and, the public be eternally duped, bilked, scammed and damned!

Oh, how I long for the 'good ol' days' of Boss Tweed, and Tammany Hall---where the corruption and graft that was practiced more than 100 years ago seems QUAINT, by comparison!

Actually the graft of 100 years ago was to help the boys at the parish - so you gave away turkeys paid by the city to get votes - today corruption gives us useless million $ dog runs to buy the votes of indifferent hipshits and the plague of useless bikelanes.

Bridges are falling down and all they care about are bathrooms for the weird. Communities are being wiped off the map for 2nd and 3rd homes. In the old days you had a problem the ward heeler took care of it, today they tell you to call 311....

Now, that's exactly what I was referring to, Anonymous, when I said that the corruption and graft employed by Boss Tweed, and Tammany Hall more than 100 years ago is now QUAINT, compared to the political worthlessness that has now plagued and entrenched City Hall---where even actual mob family crime rings worldwide don't even have the heft to rival their hyper-corrupt regimes of epic, humanitarian fail.

Yet, the mayor STILL reveals himself to be an arrogant, intensely incompetent hustler that devalues all honesty itself---and, that was BEFORE this latest City Hall 'scandal du jour' unraveled! In fact, his entire 'Friends & Family' payroll is a caravan of corruption that swaggers about the city like European feudal lords and kings of yore---and, every single one of these empowered idiots are totally corrupt, arrogant, entitled, incompetent, ungrateful and imposing---to complete, anarchist effect---and, the public be damned!

Hurry up, Preet---the cleanup at City Hall is a raw sewage plant over spill! And, when you're finally finished with all city government corruption greed and graft (and de Blasio is handcuffed, followed by a long term jail cell), then We The People implore you to revisit the stench trail that leads right back to Albany (from whence you came), where that 'OTHER' false, fake, failed and corrupt leader awaits justice (regarding why the Moreland Commission that was shuttered prematurely has never been properly investigated)!

Alas, the very last 'Albany King' needs to be dethroned forthwith---and, nothing will be right in NYS until the cleanup is complete!

Don't expect much to come of this whole investigation.

According to Jim Dwyer of the NY Times, these same practices are, and have been commonly used by both parties for decades. Bloomberg funneled large sums into fronts like this -only to try and keep republicans in office.

If they topple DeBlasio a lot of gop types will be inline for the firing squad as well.

They'll be some fines handed out and that-will-be-that.

'''Why isn't Preet Bharara investigating Cuomo for disbanding the Moreland Commission?''
From what I understand State issue probes must come from a federal level like Spitzer with the whores. Locals can only "ask" for fed bite regarding a state issue like a Governor, state judge or Senator

If De Blassio if guilty AFTER all the shit went down with John Liu then he
is beyond stupid.

I don't agree with much that Michael Savage says, except that liberalism is a mental disorder. Well Bill is a TOP liberal, ain't he?

The look of the modern sexless lib....