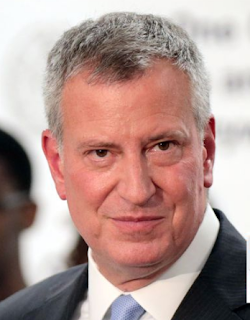 Last spring, frontline medical workers scrambled in vain to find proper surgical masks as the coronavirus swept through hospitals across the city.

Doctors, nurses and medical technicians were forced to reuse the same mask over and over — a dangerously ineffective method to stem infection from a virus that’s now taken the lives of more than 24,000 New Yorkers.

City officials jumped into action, signing more than $1 billion in emergency no-bid contracts with seemingly anybody who claimed they could produce high-quality masks and other crucial COVID gear — including ventilators.

Among them: Genuine Parts Company, an Atlanta-based firm that specializes in auto parts. The Department of Citywide Administrative Services (DCAS), which handles most of City Hall’s purchases, had bought parts for city vehicles from Genuine in the past.

An auto parts company from Atlanta?? Why?

According to internal records obtained by THE CITY, DCAS paid $348,000 for what was described by Genuine as 300,000 “non-Latex surgical masks” that were marked as “received” by the city on April 7. That was at the peak of the virus’ spread in New York City, when the seven-day average for daily hospitalizations hit 1,642, compared to this week’s 52.

The items were nevertheless deemed “accepted due to public necessity.” DCAS paid full price and placed subsequent orders for more masks from the car parts dealer, records show. DCAS then “redirected” the masks — useless in emergency rooms — elsewhere for non-medical use.

The Genuine mask purchase is part of a disturbing pattern uncovered during an investigation by THE CITY of DCAS’ pandemic-spurred emergency buying spree.

During some of the most dire weeks of the crisis, THE CITY found, the agency lost track of key equipment from masks to ventilators — driving an exasperated DCAS official to declare in one early May meeting: “Stop this s—t! Stop this s—t! Fix the problem!”

And guess who also was involved in this honest incompetence graft? The Blaz's art dealer buddy Contractor Gadget

A similar scenario unfolded with another vendor, Digital Gadgets, an electronics firm whose CEO, Charlie Tebele, along with family members, has been a frequent donor to de Blasio’s various political campaigns.

In late March, DCAS awarded $19 million in no-bid contracts to Digital for high quality N95 masks and lower quality KN95 masks. That included an $8 million contract for what the firm promised would be two million “surgical grade N95s,” according to internal DCAS documents.

The company also won a $91 million contract to provide DCAS with ventilators that was later cancelled because, Benson told THE CITY, the agency “decided to order a different ventilator model.”

Digital Gadgets — which previously supplied hoverboards to QVC — did deliver masks. But DCAS records reveal that the agency’s Bureau of Quality Assurance discovered the masks Digital delivered were not “surgical grade N95s” as promised and had not been approved by either the Food and Drug Administration (FDA) or the National Institute for Occupational Safety and Health.

The whole "administration" is a swindle.

Face masks are useless so what difference does it make?

Moe said...
Anyone that outdoes Pelosi at sleaze deserves a dish of ice cream.

DeBozo swindles, his lovely wife swindles over a billion dollars with this bullshit Thrive NYC scam. Nobody seems to know where all the money went.

Why keep it all in the the family let some outside the family all so swindle the city. It's all free money.

Well, we have a massively fraudulent election, by all objective means.
You think only NYers are suckers or taken for suckers?