Nicole Malliotakis is a congresswoman 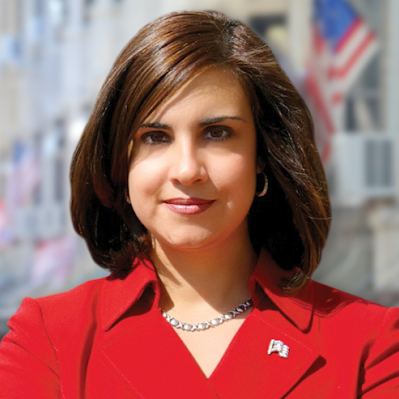 Malliotakis declared victory shortly after 10 pm Tuesday with a margin of about 36,000 votes — and little to no way of Rose catching up regardless of the close to 40,000 absentee ballots in the air.

the only good news from brainwashed into socialism NYC

Thank goodness. Maybe there is a chance for NYC. Not!

Well done Nicole. Saying this as an American not a Republican.

Seems like the people of Staten Island are the only sane ones left in this shithole city. Well Done.

Now maybe Max can become the spokesman for BLM.
WELCOME to the real world dipshit.

The day I support Republicans is the day we abolish social security and Medicaid and Medicare. Down with all socialism. I want to see all these programs ended along with American farmer subsidies. It all steals from the taxpayers!!