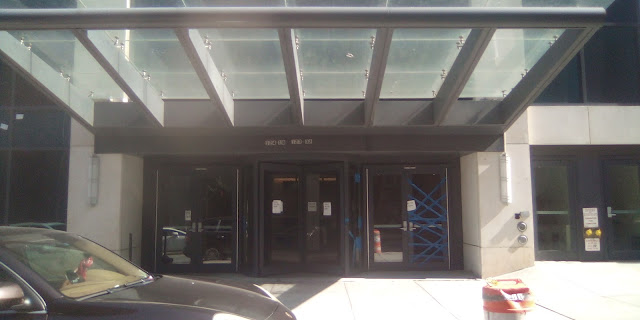 The troublesome Umbrella Hotel in Kew Gardens, which was thrusted into the spotlight amid a string of violent incidents, has been hit with more than a dozen violations from the city.

The mayor’s office approved a Multi-Agency Response to Community Hotspots (MARCH) Operation this past weekend. Participating agencies included the NYPD, FDNY, DEP, DOB and the Sheriff’s Office. The initial operation yielded 13 summonses from the NYPD, FDNY and DOB.

The hotel, located at 124-18 Queens Blvd., was given court appearances tickets and several fines. A second inspection was conducted this week where FDNY found multiple fire safety violations including defective fire alarm systems and pumps.

The hotel was also issued two criminal summonses in addition to the earlier violations.

The operation comes after months of community outrage and public statements from local elected officials, who issued a letter to the mayor’s office in August requesting action and assistance for the 102nd Precinct in shutting down the hotel, according to Assemblyman Daniel Rosenthal.

“The MARCH operation was a good first step in bringing these concerns to the forefront of enforcement, but we need continued cooperation from the city to ensure that violent crimes and public health violations come to an end at this location. We cannot accept anything less,” Rosenthal said.

In August, the front door of the hotel was sprayed with bullets, as it was the scene of a drive-by shooting, according to officials. A separate shooting incident took place at the hotel on July 3. Residents had complained of illegal activity and loud parties taking place at the hotel, disrupting the quality-of-life in the neighborhood.

Well done. For a change.

I got a great idea for this place. Why not just turn it into a jail that DeBozo wants to put near there. You won't have to bring the convicts in because they are already there. Savings all around.

Wasn't it what the sleazy Karen Koslowitz voted for. Make her dream come true.

I got a great idea for this place.