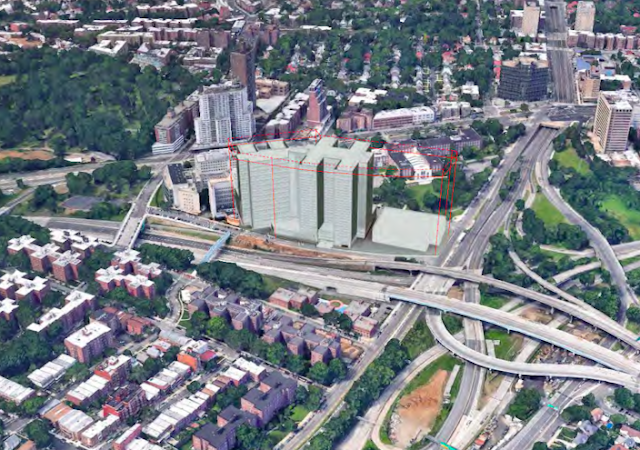 The community boards have voted and the borough presidents have weighed in. The city’s plan to close Rikers Island jails by 2026 — by building four new borough-based facilities via an unprecedented land-use measure — now moves to a fall vote in front of the City Council.

The city’s plan calls for building a new 1,150-bed jail in every borough except Staten Island. In order to do this, the proposal must go through a process called the Uniform Land Use Review Procedure (or ULURP), which determines the size and use of property beyond what’s permitted by existing regulations.

This is far from a traditional land-use situation. For the first time, the city has packaged four different sites into a single ULURP application, rather than expose each plan to individual review.

Local community boards and borough presidents are the first to weigh in, though their votes are purely advisory. Now that they have, the decision moves to the City Council, whose vote is legally binding.

The stances of the four City Council members who represent the neighborhoods in question are particularly important, because the council traditionally votes in lockstep with the local representatives on ULURP applications.

Capacity: 1,150 beds
Height: 270 feet tall
Total space: 1.258 million square feet, including a 676-space municipal parking lot
Of note: The Queens jail would house all women detained in New York City, as well as several hundred men.
Councilmember: Councilmember Karen Koslowitz supports the city’s plan, but her spokesperson said she is working with the Mayor’s Office to reduce the overall size.
Borough president: Queens Borough President Melinda Katz formally recommended disapproval in June. “A 1,500 person jail anywhere in Queens is unacceptable,” Katz said. She wants more community engagement and thinks the city can reduce its total jail population to 3,000 by 2026, enabling the city to construct a smaller community jail. (The city currently estimates a jail population of 4,000 by 2026).
Community board: Queens Community Board 9 unanimously voted in favor of a resolution rejecting the plan.

Anyone would like to wager that "affordable housing" will be included in that building?

Anyone would like to wager that "affordable housing" will be included in that building?

Likely not because the city will need those jail cells the way things are going.
However Rikers Island is sure be, as is affordable for Billionaires.

The bastards are going to sell or lease Rikers and stick the criminals in our back yards, the halfway and work release houses will come next like in California.
New York voted for democrats & liberals and now it will pay the punishment.
This will be rubber stamped and rammed down our throats quickly.

"New York voted for democrats & liberals and now it will pay the punishment."

I voted Trump and could not be more proud of it.
#TRUMP2020 #MAGA

Clearing Rikers of its prison residents is the first step for our totally corrupt slime infested "mayor" to sell the island to his big real estate masters and earn himself a whopping commission in bribes--while sticking criminals in our backyards and other dangerous proximity.

And hey Comrade Bill---where did the $850 million in our taxpayer dollars go? Remember, the money you gave to your totally unqualified wifey to administer the phony "THRIVE" program? Nobody seems to know, Bill, where that money ended up. And then suddenly, you declare yourself a presidential candidate. Hmmm. That $850 million must come in real handy as a campaign fund, since only about a dozen people would kick in for your "presidential campaign". Must feel good to be voted the candidate nobody even wants to see run, let alone win. I actually think you'd garner more money for people to pay you NOT to run.

Everything you touch turns to s__t. Yeah, you got that real Midas touch. The roads are crumbling, the lane markings are worn away, the little bit of the school system that managed to survive Bloombutt and your incompetent meddling you now want to hand over to your beloved ghetto thugs to finally kill off. You defy federal law to make NYC a sanctuary city so we can all slave away to make the money to support a bunch of illegal criminal invaders in a style they never dreamed of. All for ignoring our laws and invading our sovereign nation. They are NOT immigrants, genius--they are INVADERS who are on your and Cuomo's payroll so they will vote "D". Who gives US free housing, free food, free medical care, free education, free legal aid, and some spending money for breaking the law?

Everyone I know is making plans to leave NYC as soon as they can. The only people left will be your liberal idiots, your ghetto thugs and your illegals. It's only a matter of time before some entrepreneurs publish the first NYC "poop map" and this once great city follows the path of its west coast sister. Cue the lights going out as the Statue of Liberty slowly sinks under mounds of garbage, used drug paraphernalia, and excrement.

Better hurry up! I was leaving my home when I saw a squaw inside my neighbor's driveway playing with her smell phone. As I left I saw her go full circle around all corners of my intersection and stand across from my house beaming photos to her braves. Lock'em up!

I am proud to say that I did not vote for deBozo in either election and this whole scheme is his doing. The problem for Queens is the Koslowitz wacko who's in favor of this nonsense. She was happy they reduced the footprint from 29 to 26 stories! That's who's representing us in this shitshow.

The Rikers deal is just a land grab for the rich. Rikers could be rehabilitated and improved if they wanted to. It's all about the money. The City Council gets to vote on this. Why can't the people vote whether they want these criminals in their neighborhoods? The taxpayers foot the bill for all this nonsense. Why isn't there a vote for this? This could have been put on the ballot for DA in June. Why didn't it happen?

This, of course, is typical NYC insanity. The voters are apathetic enough without strategies used to bypass their attention. As for Community Boards being "purely" advisory, they still are supposed to reflect the community in which they serve. Their individual votes should be reported. People in the boroughs would like to see who has strayed from the consensus. We all know that Community Boards are unnecessary and should be abolished, but justice demands that since they have not been, each borough should have it's own public hearings and the let the public have it's say.

^^. Can you post any off topic response you want to here? Can I talk about the size of my nutsack?

Based on the previous comments made on this article, I can surmise one of two things: 1) the people reading this article base their opinions on well founded principles and clear observations which have some meaning in reality, some ground upon which to act or participate in relevant discussions, as opposed to puerile imaginary fantasies. 2) the people reading this article are frothing with rabid, mechanical, brainwashed, hungover, hateful gibberish that has absolutely no meaning at all. I'm afraid you have "fallen" into the second category, and like the proverbial Life Alert customer, "you can't get up".

I voted for Trump but I'm unemployed. WTF?

To the ignorant voters of Queens that elected Karen Koslowitz - your right to vote should be permanently rescinded. Despite full outrage from the community, Koslowitz ignores her constituents. She is useless and spineless who should be kicked out of office. She has done nothing for her constituency.

So the democRATS believe these jails are better for the city because it’s easier for perps family members to visit them. So f*ck the residents and taxpayers. Bizarro world

To the above esteemed Anonymous - What elected official in Queens County has ever lifted a finger to help a constituent? They are too busy pandering to illegal aliens. Makes you wonder what they are getting for their troubles to ignore constituents -either a big bag o' money or blow jobs on demand. Or maybe they're thinking the illegals won't blow up another office building or shoot up innocent people any time soon if they pander to them.

Ever notice how our City Council members and Assembly members are quick to turn their back on tenants? That's because they take real estate money.

That tragic day when Crowley seized the baton out of Thomas Manton's dying hands you could hear the death knell of the American worker across Woodside, down Sunnyside and in Calvary cemetery, the rank and file union members rolled over in their graves.

Did you ever call his office for help?