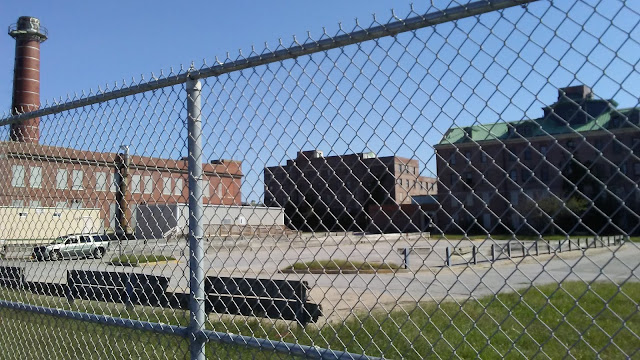 
What’s the topic of conversation in Neponsit? Something to help make conversations easier—a cell phone tower. But at a recent Neponsit Property Owners Association meeting, the tower got bad reception from neighbors.

Residents of Neponsit were on alert this week when they noticed construction crews staging an area at the old Neponsit Health Care Center on Beach 149th Street, in preparation of installing a cellphone tower, which parts of were left on a flatbed trailer. This became the top topic of discussion at Tuesday’s meeting held at West End Temple.

Not too much has taken place at the old Neponsit Home since it was evacuated and shut down in 1998. The property is currently maintained by NYC Health and Hospitals Corporation, which according to a report from 2015, pays about $266,000 annually just on security and basic repairs for the decaying building. However, something may be happening that could potentially help HHC recoup some of those costs.

According to HHC, a cell phone tower is coming to the property as part of a three-month pilot program. The tower belongs to telephone provider T-Mobile and is being erected in response to complaints about poor coverage in Riis Park and Fort Tilden. The tower is expected to bring improved service for T-Mobile customers in the area. As it is a pilot, the company says it will take public opinion into consideration to determine if the tower will stay beyond three months.

However, early opinions show that some neighbors are not very receptive to the idea, nor have they been in Neponsit for several years when it comes to the subject of cell towers. Cell phone towers are not absent in Rockaway, with towers that operate at Beach 108th Street, Beach 116th Street, Beach 121st Street, and Beach 135th Street among others. However, in Neponsit, the backlash has been consistent. In 2008 there were plans to put a cell tower on top of West End Temple, where Tuesday’s meeting was held, but this plan was eventually halted due to the community's concerns about health issues, especially because West End Temple houses a religious school, day camps, and nursery school.

Those same health concerns and others were repeated this week with the new tower. At a sparsely attended meeting, which was competing with an important community board meeting and the District Attorney election, the Neponsit property owners discussed the tower and posed questions to Councilman Eric Ulrich representative Robby Schwach. The majority of the attendees were opposed to the tower, citing either possible health concerns, or the unsightliness of the tower itself.

Got a feeling that this "pilot" program is going to lead to T-Mobile splaying their ugly ads all over the park area too. But lots of people today, especially all these visitors for the "Beach Bazaar", gotta have reception at all times because cellphones, texting and instagramming are as addictive as crack and smack.

Another interesting thing is that HHC is spending over 250 grand a year to guard and repair the building. But clearly mostly to guard it, the only visible repairs there are the cemented windows and the creepy tower lights that are on at night. 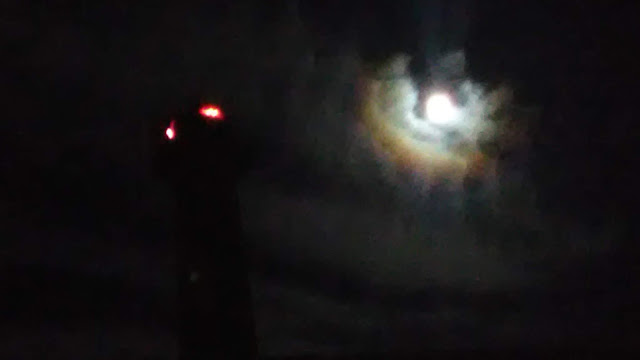 HHC spends tax payer dollars frivolously. There is a lot of seedy stuff going on at 55 Water St.

There are cell phone towers on top of Surfside Manor on Beach 95th and the 421A building on Beach 96th. Oh this is why all the neighbors are smoking crack, dealing crack and dealing pills? for your crack, cocaine and ho's go to 214 Beach 96th Street, 5th Floor. For your straight up crack go across the street to 211, 213 and 215 Beach 96th Street.

I didn't opine that at all. I said that cellphone users act like they are on crack, with the way they walk around with their heads arched down at their screens at all times.

There are cell phone towers on buildings everywhere are they a health risk or not? This debate has been going on for many years now.Some say cell phones give you brain cancer if that be true we'll have generations coming up and they'll all be dying, it is the new toy for kids.

>want to put cell tower on top of school
>"This is bad for kids!"

ok, I can see why you're worried

>want to put cell tower on top of abandoned building in unpopulated area
>"This is bad for kids!"

The RF beacon of a cellphone in you pocket or WiFi in a home puts out for more RF exposure then this 5 watt thing at 100 feet.
The RF flux danger is coming from the phones, laptops and Wifi routers.
Big jump in skin cancer behind the ear due to phones these experts never talk about. Its directly related to where the antennas (on the frame) are on these smart phones. The old flip phones were much safer. The scalp takes the 1 watt or so RF energy hit, it doesn't make it to the brain.

Anybody that needs more then 1 gig a month to facebook, tweeter and post every 10 minutes of their life needs a head exam. They should also have to pay a premium for wasted wireless bandwidth.

Cellular chips RFID your brain type and microwave the offending lobe, which is why Americans are voting so dumb.

the cell phone coverage by Riijs park is horrendous. It needs to be fixed as you can't even call a cab or an Uber for that matter.

Still? The cell tower has been there for weeks.