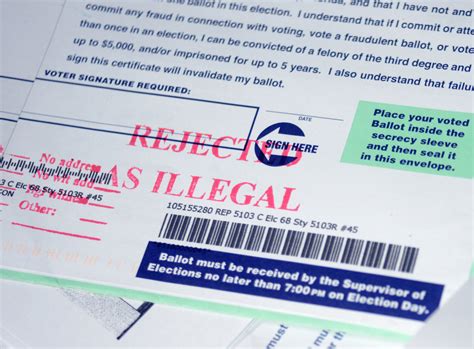 
Like any good son, when Working Families Party campaign worker Rafael Shimunov found out that his mother couldn’t vote in the recent primary for the Queens district attorney, he took to Twitter to complain about voter fraud.

Shimunov, whose mother, Margarita Shimunova, is a registered nurse and immigrant from Uzbekistan, voted for insurgent candidate Tiffany Cabán by paper ballot because the Board of Elections had her registered as a Republican.

“She’s never voted GOP in her life,” he tweeted in response to an ongoing social media conversation about claims the election was rigged. He went on to describe his mother’s health issues and her struggle immigrating from the former Soviet Union as a refugee.

“It’s not right, I heard they’re going to throw my vote away,” she said.


However, BOE records reveal an awkward family secret: Margarita Shimunova is indeed a registered Republican and therefore wasn’t eligible to vote in the June 25 Democratic primary.

Shimunova confirmed to the Daily News Friday that it was, in fact, her signature and date of birth on the BOE form showing she registered to the party of Lincoln in 2008.

But she denied being a Republican and said that she voted for Barack Obama and Bernie Sanders.

Records show that the mom voted in six elections since she registered, mostly general elections in which she could vote for either party. But documents show she also voted in the 2016 Republican primary during which Donald Trump carried his home state with 59% of the vote.

Well, that was a stupid thing to do, son.

Son, a member of the What the F... Party and mama's a closet Republican. Sounds like a very dysfunctional family. Betcha by 2020 they'll all be Democrats. What else?

Working Families Party is a fraud. They treat their workers badly, use Soviet style tactics and should have been abolished a long time ago. They pay less than minimum wage, want dumb younger employees, do not give meal or bathroom breaks.
I know -a job is a job! Give them the Crap award of the month for this.

The bigger question is whether the Russian immigrant mama is eligible to vote in any election. When did she become a citizen?

I think it's time to get rid of ALL PARTIES. The Democrats are labeled as Liberal and people taunt the Republicans as Un-American. Why don't we just vote as Americans? People who are tethered to a party vote right down the line and don't research the credentials of the candidates. It's also time for a voter ID card with a chip in it, like a credit card. You could swipe the card with all your info when you vote and swipe out when your vote has been cast to record it. Why can't this be done in this age of modern technology? Dead people won't be able to vote anymore and the Democrats won't be able to import their votes from Mexico.

Thanks for sharing your info. I truly appreciate your efforts
and I will be waiting for your further post thank you once again.

Well this is what happens when you allow stupid people to waltz into the country without passing a literacy test.
People that cant read or write in English shouldn't be voting period.

Oh leave your poor mother alone, for God's sake. She likely got the hell out of Uzbekistan to flee political coercion, and she's now getting it from her son!

Sorry. Can’t have voter ID. It might disenfranchise someone. The dems think their base is to lazy and stupid to fill out the forms to get a voter ID. Never mind their constituents have no problem signing up for every govt hand out and entitlement program. A voter ID is beyond their capabilities.

This is just one of hundreds. Lots of people at my polling place were very angry that they weren't able to vote in the Democratic primary despite begin registered as a Republican or an independent or one of the 3rd parties.

At least this got them to change their registration now. I expect next year when there's a Dem primary for President but no Republican party primary, there will be even more people demanding they be allowed to vote for a party they never joined.