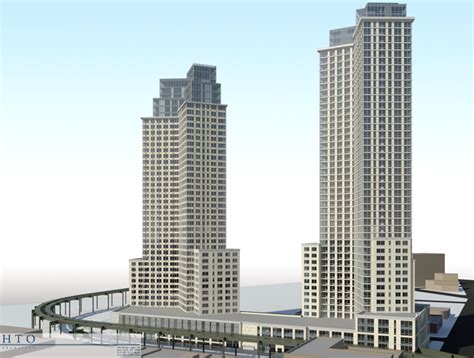 Queens community board members met privately last week with a developer seeking their approval on revised plans to build luxury apartment buildings at the old 5Pointz graffiti hotspot, THE CITY has learned.

Three people, including developer David Wolkoff, gathered at Manducatis Rustica, Italian restaurant, on July 16. The session came less than two weeks before the board’s deadline to weigh in on an expanded version of the two towers Wolkoff hopes to build.

The board is under no legal obligation to be transparent. But news of the session rankled good-government watchdogs and opponents of the plan, who are still furious nearly six years after Wolkoff whitewashed the street art that drew visitors from around the world.

Community Board 2 Chairperson Denise Keehan-Smith previously told THE CITY a meeting was scheduled — but did not address subsequent repeated question on what was discussed at the restaurant or who attended the clandestine get-other.

“We are preparing our recommendation” for the revised plan, Keehan-Smith said on Monday, declining further comment. Lisa Deller, the board’s Land Use Committee chairperson, said at a June meeting that a letter of denial already had been drafted.

Wolkoff, who co-owns the property with his father Jerry, did not respond to a request for comment. Jerry Wolkoff told THE CITY that he didn’t see anything wrong with the covert meeting.

“My son is the same way,” he added. “He will reach out to people to meet because I’ve always done that. We don’t hide. I’m a different developer. We meet, we listen, and if it makes sense we’re going to do it.”

Private meeting or not he reneged and all his promises anyhow. This project is behind schedule and over budget And deservedly so.

Who wants to live in that?
At night the big rats come out like the movie Willard and these rats aint a'scaird of nothing! You need a flame thrower to get to your car or risk getting bit.
At dawn is no better, the turkey heads come down to peck the ripped open garbage and scraps.
Animal kingdom RODENT INFESTED MESS !!


Where is deBlasio and dep't of sanitation we pay for with out tax dollars?
Army's of Rats in Astoria too now!!

Hey, you making the comment about rat infestation in that neighborhood. That's blatant racism! Oh, it's primarily a white and asian neighborhood? Never mind than. Sorry.

Do you ever post anything about marijuana laws? Or crime? Or some variety to your articles? This is getting boring. . .add some humor to youre stories instead of being dry all the time.