How Chirlaine gets away with stuff 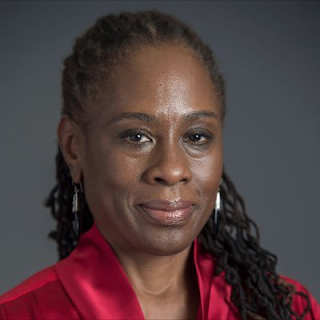 First lady Chirlane McCray has raised between $13 million and $28 million in donations for a City Hall-aligned nonprofit from people and entities with business before her hubby Mayor de Blasio, The Post found.

The Mayor’s Fund to Advance New York City raised the cash during McCray’s four-year tenure as chairwoman from big Wall Street banks, developers, lobbyists, nonprofits and others. The Post analyzed donations made between April 2014 and September 2017 found in disclosures filed with the city Conflicts of Interest Board, along with data from the Mayor’s Office of Contract Services.

In January 2014 de Blasio got approval from COIB to appoint his wife chair of the Mayor’s Fund. As chairwoman, McCray is the “lead fund-raiser” for the fund, which was created in 1994 under former Mayor Giuliani to promote City Hall’s agenda.

Conflict of interest rules bar civil servants from fundraising on the city’s behalf from people with business before their agencies unless “firewalls” exist between those officials and decisions that could impact the donors.

But because McCray is an unpaid volunteer and not a city employee, the rule doesn’t apply to her — even though the mayor often calls her his “closest confidante” and “No. 1 adviser.”

As boss of the mayor’s fund, McCray has the freedom to not only fundraise from anyone with business before the city, but discuss the donors or issues and policies impacting them with her husband.
Posted by Queens Crapper at 12:56 AM

It's amazing that knowing this quid pro quo slush fund existed for over 20 years and de Faustio still went full speed ahead with his Campaign For One New York scam and now he's a walking fucked up broke ass mayor because of it and she is planting the seeds for her own political career with her own fauxgressive platform.

Gotta be honest, hearing that Giuliani instituted this takes him down a notch in my estimation of his otherwise great mayoralty.

Huh, Now we have "The Mayors Fund" atop his "Office of, press, publicity, film, television, media, special services, investigation, enforcement and everything else. How about "The Mayors Office of Racketeering" ?
All this reeks much worse then the days of Boss Tweed and Tammany hall

She's part of the Protected Left. They are above criticism.

ONCE HE LEAVES OFFICE HE'S GONNA HAVE TO GO TO WAIT ON LINE AT THE WELFARE OFFICE FOR PUBLIC ASSISTANCE. THIS WOULDN'T BE THE CASE IF HE WAS HUMBLE, HONEST AND NOT A LEFTIST EXTREMIST. JUST MAYBE SOME FIRMS MIGHT COME CRAWLING HIS WAY TO OFFER HIM A POSITION WITH A SIX FIGURE SALARY, BUT NO !!

Yeah, Giuliani, the walking self-parody Baghdad Bob useful idiot for the Supreme Leader Trump. This makes total sense, Rudy was dealing with agents of the city back then to benefit the real estate overlords. This also makes the theory that Bloomberg couldn't be bought because he was a billionaire a load of unadulterated bullshit, especially the rabbit fornicating quickness he doled out upzoning and rezoning areas for the rapid tower pestilence we have seen manifest.

And now you got Bad Bill and Chirlie, the Clyde and Bonnie of fauxgressive driven honest graft.

As a willfully ignored constituent by this faux, lib-tard mayor who runs City Hall like a criminal enterprise of Mafia thugs (likewise, the Executive Chamber in Albany, under the mad dictatorship of 'Gargoyle Andy' Cuomo, for which the failed community of journalism never challenges at the taxpayer-funded expense), I have been abused and mistreated so completely by this administration, that the entire kakistocracy of openly practicing corruption, graft and greed now DEVALUES honesty itself.

I never thought that it would come down to a people who behave in ways that even animals themselves could never behave like - as evidenced by Bill de BLASS-hole's concrete jungle of depravity, debauchery and complicity that makes by comparison, Boss Tweed and Tammany Hall look like an amateur dress rehearsal.

That’s your future NYC mayor and/or NYS senator you’re badmouthing there. You must be a racist, homophobe, islamophobe, misogynist, white supremacist if you don’t praise the liberal agenda.

Only if she's not indicted before whatever election or primary she decides to run in.

so much for a Tale of Two Cities

Only if she's not indicted before whatever election or primary she decides to run in.

Chirlane McCray will never be indicted because she matches the 3 criteria of the protected class:

3. A woman supporting the Me Too movement...check