Waiting for COVID-19 free test results is the hardest part 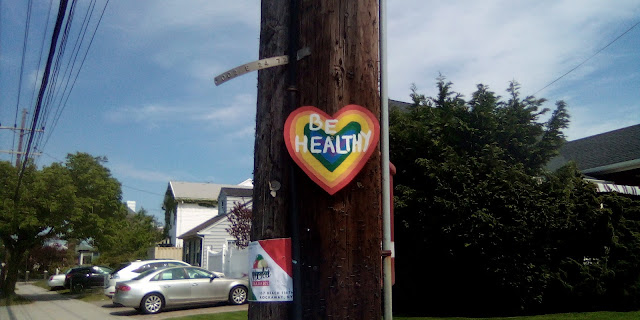 
A national surge in COVID cases has coincided with agonizing delays for New Yorkers getting tested at free sites run by the city’s public hospitals network.

Patients and staff at some NYC Health + Hospitals sites describe waits far longer than the advertised “three to five days” — a lag that increases risk of potentially exposing others to the deadly coronavirus.

Chelsea Williams-Diggs, 27, got tested at a mobile H+H unit in Bed-Stuy, Brooklyn, on July 6.
“I was told three days for results and have called twice to make sure there wasn’t an error,” she told THE CITY.

She says she was eventually told that results could take upwards of 10 days, but she was still waiting as of July 20.

One New Yorker who didn’t want his name used said he got tested at an H+H location in The Bronx on July 1 — but didn’t receive results on the system’s MyChart app until July 12.

He said he had quarantined nearly the entire time, but had to go to the grocery store when he ran out of food.

“I was hesitant to go, but needed supplies so I went because it had been so long,” the 31-year-old told THE CITY.

At an H+H testing site in Woodside, Queens, COVID-19 test results are now taking 10 to 14 days to come back, according to an employee who spoke on the condition of anonymity.

“If you’re at the 14-day mark, the test is invalid before you even get the result,” the employee noted.

“Because assuming nobody is 100% quarantining in those 14 days before receiving the result, it’s highly likely for them to be exposed and become infected.”
Posted by JQ LLC at 10:46 AM

Chelsea Williams-Diggs, 27, got tested at a mobile H+H unit in Bed-Stuy, Brooklyn

Wait your turn sister! We'll get to your results after we've reviewed the tests from the NBA players in Orlando.

I was about to go to one of the H&H locations. Thank you for saving me the time.

Bullshit city run by bullshit politicians. We are becoming the third world country. We are literally going backwards instead of forward with things.

My daughter and son and my daughter’s boyfriend have all recovered from Covid-19. Worst symptom was loss of smell and taste. No fever, no coughs, nothing. Better in 10 days. All back to work. Many asymptomatic people with virus and 0 symptoms.

They are hacks. Went to one place that does 5000 people a day. Where they punched in the needle 6 weeks ago is now a permanent bump in my arm which suggests they may have damaged an artery or vein.

The government sponsored testing locations are a waste of time.
Those are for the democrats illegals with lots of anchor kids in the household.
If your single or with no dependent's (like children) you go to the back of the line. You get sent home if they don't get to you by closing time.
That's what happened to me, then AGAIN when I went to the hospital where I lay on the floor in a sleeping bag for 2 days as all these Spanish speaking people with kids kept getting moved up. Being illegal they didn't even have to provide SS numbers, Identification, insurance no 8 sheets of administrative and HIPA paperwork had to be entered and processed!!
I get the feeling if your a white with no children your 100% disposable under both Democrat and Republican leadership. Both these teams wear sheets !!

Also waiting to be tested with all those people you are sure to catch the virus or viral pneumonia from wearing a wet sweaty petri dish mask for so many hours.
That's what happened to me, I was better of staying home sick and taking my chances.

"We need to stop Ebola-19. It has killed 1 Billion People in the US. This is the worst public health crisis since COVID-9." - Joe Hairy Legs Biden

All you Trumpanzees needn’t worry about Covid-19. Just wear those shiny white pointy hoods you’ve stashed in your closets. That’ll keep you safe.

It baffles me that Democrats can't see the media are the enemy of the people !