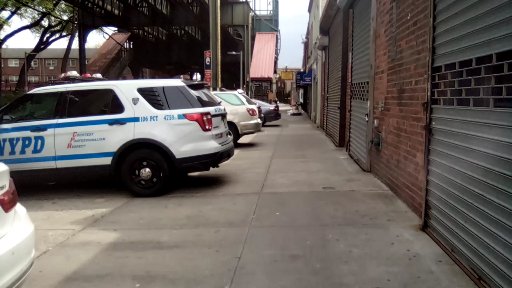 
City Hall has pulled the plug on its latest effort to tackle rampant placard abuse by municipal employees, shutting down the NYPD unit meant to enforce the most recent crackdown.

Officials said Friday they are axing all 116 positions that were dedicated to placard enforcement through attrition and zeroing out the unit’s $5.4 million annual budget — just a little more than a year after Mayor Bill de Blasio rolled out the effort to great fanfare.

“A dedicated unit is no longer needed because we are enhancing enforcement coverage by introducing new technology and other advancements that allow any TEA to do this work more seamlessly,” said City Hall spokeswoman Laura Feyer, explaining away the budget cuts.

The cuts are projected to remain in effect for at least the next four years — effectively permanently disbanding the effort.

Shows you that they had no interest in actually doing it anyway.

They were probably issuing most of their violations to the 'vibrant and diverse', and we can't have that, so the enforcement unit had to go.

Probably to Eric Adams and his Brooklyn BP posse.

Defund it by finding out where at least 1,000,000,000 (out of TEN BILLION) gets wasted on ass-sitting over-time and do-nothing desk jobs, and put it towards literally getting litter off of the streets, planting trees, and fixing the roads, sidewalks, lamp-posts, etc. Also maybe keep the cadets in shape and have em actually be able to RUN after perps. Then do the same with the MTA.

QC Reader said...
Meanwhile in NYC La La land MENTALLY ILL DEBLoSIO BLAMES SHOOTINGS IN NYC ON VIRUS!
I don't want to get too excited about these unfolding critical events but I've got popcorn.

Let’s take all security detail from all these big wigs. After all you all want to defund the police. Put a hiring freeze. Close Rikers. Bail reform and build jails in the boroughs. Then blame being cooped up in the epicenter of the virus for this violence and shootings. How come no other state has such violence and shootings? Maybe because in NYC they have the get out of jail free card.

You should ask your elected official, in public, the questions raised here:

This will not happen in the Red States.
Thanks to SCOTUS The electoral college doesn't just keep larger states from controlling everything it Prevents two or three Libtard KrAzY Far Leftist cities like NYC and LA that could control everything! God Bless America...