Developers are champing at the bit for ULURP approval 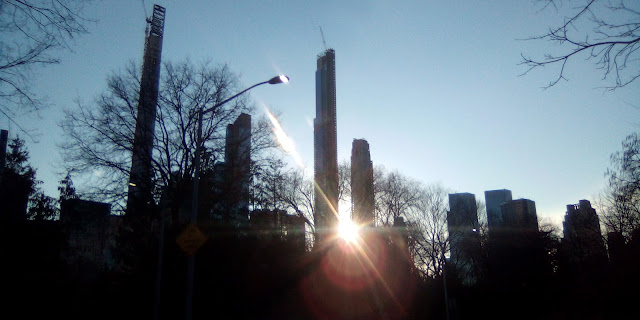 
Facing growing pressure from the real estate industry, Mayor Bill de Blasio announced Wednesday that he would restart the city’s land use process in August and intensify the work in September.

The city is launching a new portal called NYC Engage to foster public participation and for community boards to use as they review proposals remotely.

The announcement comes just days after THE CITY reported on the growing frustration over the wait for the city’s Uniform Land Use Review Procedure, which has been frozen since mid-March due to the pandemic, to resume.

The City Planning Commission will begin meeting online in August to vote on projects already midway through the usually six-month ULURP process. In mid-September, the Department of City Planning will begin certifying new proposals to begin the six-month review.

“It is time to re-engage the city planning process and move the city forward,” the mayor said at his daily briefing.
Posted by JQ LLC at 10:18 AM

Must be some kind of inside track story. I'm not getting it. Maybe his honor is doing an end run while everyone is focused on the democrat riots. Real estate deals just don't cut it for new at the moment.

They want to get their deals under the fence. Now! The know that if the Dems get in you will have open boarders and these places will be filled with newly arrived subsidized by programs from the Democratic Party (in plain English from the pockets of you and me)

They are set to make a fortune.