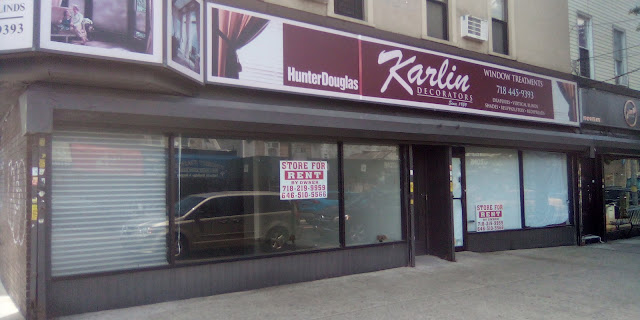 
Nearly 21,500 Queens-based businesses received a loan of less than $150,000 through the federal Paycheck Protection Program, newly released data from the federal government shows.

The PPP loans totaled $602,995,888 and enabled those Queens businesses to retain 72,765 employees, according to the data. The loan program, designed to help small businesses continue paying employees during the COVID-19 economic slowdown, passed as part of the federal CARES Act in April.

The data is included in two massive spreadsheets released Monday by the federal Small Business Administration in response to Freedom of Information Act requests and pressure from elected officials.

A second spreadsheet included companies that received less than $150,000, but the federal government did not name them. Instead, the spreadsheets include the loan amount, business zip code and the town — or in the case of most Queens businesses, the neighborhood. The spreadsheet also includes each firm’s North American Industry Classification System number, a code used to classify a company’s type of business.

The data dump shows that 21,480 companies with Queens zip codes received PPP payments of less than $150,000. They range from a South Ozone Park information services firm that received $2 to a Whitestone construction firm that took in $149,990, according to the data.

The average loan amount was about $28,072 and the median loan was $16,710, according to an analysis of the data, but some of the data may be flawed, said Tom Grech, president of the Queens Chamber of Commerce.

Extremely low loan amounts, like the $2 listed for the South Ozone Park company, may have been typos by the SBA, Grech said.
Posted by JQ LLC at 6:29 AM

Nothing new. The big guys win. the little guys lose.

Do the Math !
Cash Only dealings came back to bite them in the ass.

Just like the bail out during the 2007/2008 recession, the PPP was a way for rich folk to further enrich themselves at the expense of all us poor folk. Thank Trump, McConnell, and the republicans who allowed the CARES Act to pass without any oversight. Not that it would matter since all inspector generals have been fired.

Most of America isn’t concerned with this. They’re on Facebook telling people to wear masks

As a small 3 person business owner I was also put out to pasture as Trump and his shit bible thumpers gave 1.4 billion tax payer dollars to the Catholic church.
A mob of perverts, rapists and criminals that already have more money then God
Im so disgusted with all these old men Republicans I voted for, never again !!
Perhaps the GOP should die and go extinct.

Welfare should subsidise people to work not to stay on unemployment !

Wendy's and McDonalds franchises are not "large corporations". They could be a one store business, aka a small business, just with a large name franchise. What a crappy article!