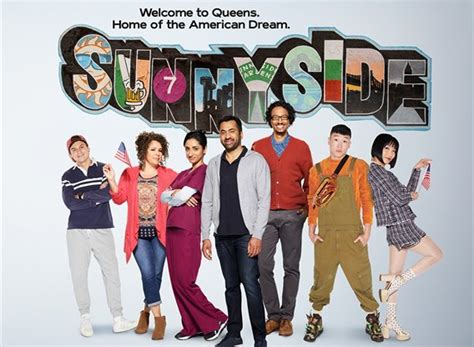 Council Member Jimmy Van Bramer has expressed his desire to feature in NBC’s new comedy series, Sunnyside, which is set to air this Thursday.

Van Bramer told AM New York that he’d be interested in making his acting debut in the new show, which centers around a disgraced former council member played by Kal Penn.

The new series, which was also created by Penn, follows Penn’s character, Garrett Modi, after he is thrown out of office for a public intoxication arrest.

Van Bramer told AM New York that he offered his services to the show, but said that it was being filmed in Los Angeles which made it unlikely that he would feature. They told him that they would consider him if they ever decided to film in the area.

“If they do come to Sunnyside to shoot some scenes, they will keep me in mind,” Van Bramer told AMNY. “I don’t have my SAG [Screen Actors Guild] card just yet, but we’re hoping for one.”

The series is being filmed in Universal Studios Hollywood, although Sunnyside is the focal point of the show and Van Bramer said that the local residents were very excited about its release.

“The whole neighborhood is thrilled, tickled a little bit to see our beloved Sunnyside become a national sensation, we hope,” Van Bramer told AMNY. “It’s also going to be fun to watch and see how the neighborhood is showcased,” he added.

The Council Member reached out to Penn over Twitter in May when the show was announced to offer his congratulations, however, his tweet went unanswered.

The comments for this are hysterical as usual, especially this gem from ChrisCuomoIsARobot:

Jimmy can play himself: a bumbling cynical politician who goes to wherever the wind is blowing; a true fraud out for himself who does not care about anyone not living on his own street. Cynthia Nixon can make a guest appearance as Jimmy’s female counterpart. They can hold hands and sing “kumbaya” while Jimmy leads another “march” across the street. They can lecture us about how terrible we are. Yes, this show will sink!

Sunnyside was once a beautiful enclave in the midst of growing, urbanizing, industrializing Queens. Sad to see it taken over by hipsters, douches and illegals.

How about a tv series called "Queens Crap"? I'd watch it.

>after he is thrown out of office for a public intoxication arrest.

Unless he was driving, that's hardly reason for a councilman to lose his office.

> The series is being filmed in Universal Studios Hollywood, although Sunnyside is the focal point of the show and Van Bramer said that the local residents were very excited about its release.

What an insult. They name a show after a NYC neighborhood, make it all about that neighborhood - and then film in on the other side of the country?