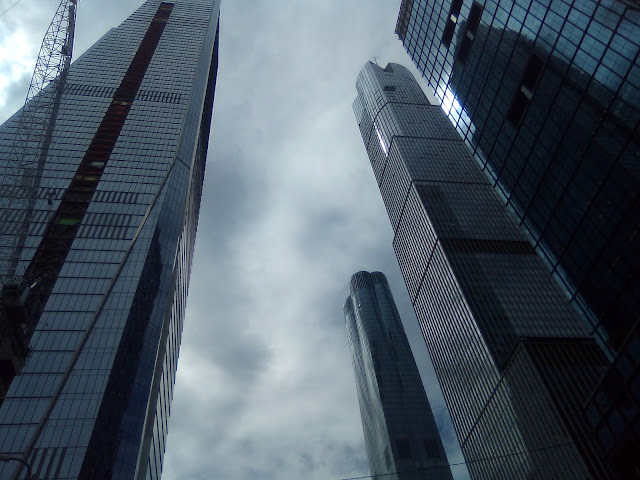 Picture an empty apartment — there are thousands in Manhattan’s new towers — and fill it with the city’s chattiest real estate developers. How do you quiet the room?

Ask about their sales.

Among the more than 16,200 condo units across 682 new buildings completed in New York City since 2013, one in four remain unsold, or roughly 4,100 apartments — most of them in luxury buildings, according to a new analysis by the listing website StreetEasy.

“I think we’re being really conservative,” said Grant Long, the website’s senior economist, noting that the study looked specifically at ground-up new construction that has begun to close contracts.

Sales in buildings converted to condos, a relatively small segment, were not counted, because they are harder to reliably track. And there are thousands more units in under-construction buildings that have not begun closings but suffer from the same market dynamics.

Projects have not stalled as they did in the post-recession market of 2008, and new buildings are still on the rise, but there are signs that some developers are nearing a turning point. Already the prices at several new towers have been reduced, either directly or through concessions like waived common charges and transfer taxes, and some may soon be forced to cut deeper. Tactics from past cycles could also be making a comeback: bulk sales of unsold units to investors, condos converting to rentals en masse, and multimillion-dollar “rent-to-own” options for sprawling apartments — a four-bedroom, yours for just $22,500 a month.

The slowdown is uneven and some projects are faring better than others, but for well-heeled buyers there is no shortage of discounts and sweeteners to be had.

The analysis, a compilation of both public and proprietary listing and building data, is one of the most sobering looks yet at the city’s flagging condo market, which peaked about three years ago amid a glut of inventory. Now the market could face new obstacles, from growing fears of a recession, to changes in tax law and political instability heading into an election year.

For an industry accustomed to selling apartments years ahead of completion and skilled at concealing the pace of sales when the market falters, further headwinds could force more drastic measures.

Moreover, a growing share of condos sold in recent years have been quietly re-listed as rentals by investors who bought them and are reluctant to put them back on the market. Of the 12,133 new condos sold between January 2013 and August 2019, 38 percent have appeared on StreetEasy as rentals.

And Billionaire's row, Hudson Yards and Pacific Park are not even done yet.

Apologies for my miscalculation readers.
Posted by JQ LLC at 10:08 AM

You gotta buy the shit + pay some $1800-$3000 a month maintenance fee.
For what, trash disposal ?
What service can one possible use to need such outrageous maintenance fees?

That is how Harlem started. Originally built as upper middle class housing, the Panic of 1905 caught developers with a glut of unsold finished buildings and construction loans coming due.

So instead of moving in one upper middle class white family, they moved in 3 or 4 newly arrived black families who were living in crowded neighborhoods because they were defacto barred from most neighborhoods.

Can you imagine the horror from your upper middle class white Democrats when they move in extended families fresh off the boat across the hall from them and whose kids will have access to junior's school and the building's common rooms?

Interesting stat: with the exception of immigrants, the population of NYC (as is the West Coast) is shrinking. Expats are moving to (drum roll please) states that voted for Trump. Check out recent article in Atlantic Magazine.

Last Monday evening I walked along my Avenue of the Mad from 67th to 87th streets. I counted 33 empty storefronts. Some I recognize from 3-4 years ago when a high profile tenant left.

Some appear to be undergoing renovation to be chopped into smaller spaces, this after decades of landlords driving out small businesses to assemble spaces for large operators.

Now, we see banks closing-consolidating locations as more people bank online. The “pharmacy within” places such as CVS and Rite Aid have closed two stores within walking distance.

On Wednesday I was out on Steinway St. The closed store blight has finally struck there as well. I didn’t keep count, but every block from where Steinway begins at Northern on up to Astoria Blvd had at least 2-3 empties though the Little Egypt area just below Ast. Blvd. appeared healthy.

One of our locations on Manhattan’s west side, which I had expected would close last year when it’s lease expired is now holding a new 11 year agreement with minimal increases (modified gross) and the landlord is pitching us to expand into the empty next door or move to a much larger front on the same block. Our manager there quoted the owner as saying "guys, i am counting on you" - I guess to help him keep the building. In 34 years in the restaurant biz, I have never heard anything like that.

A NYT article from two years ago quoted two major brokers bemoaning the situation. One, Faith Hope Consolo said it was “the most challenging environment” she’d seen in here 25 years in the business –and that was two years ago. The situation is much worse now.

Well, the bastard landlords raped tenants and businesses for over twenty years. Now they are running out of fresh blood to suck.

The situation will eventually stabilized with lower rents/prices, but never be like it was a few years ago. The internet has struck again.

"one in four remain unsold"


Just to clarify this comment someone made. Expats are moving to states that voted for Trump but cities in those states that did not support Trump. They move to Austin, Texas or Atlanta, Georgia. That is why previously red states are moving toward purple or blue.


Anonymous....
Expats are moving to (drum roll please) states that voted for Trump. Check out recent article in Atlantic Magazine.

You’re right. I’ve met people who moved to Texas but the city was Austin. They don’t want to live in the rest of Texas. They said even Austin is getting expensive.

I hope these landlords get theirs. I don’t know how they survive with so much storefront vacant. You would think they would give a teaser rate to new entrepreneurs and once the lease is up jack the price up if the business does well.

The luxury developers should realize there’s a bubble and who wants to live in a building at Queensborough plaza where there’s another building nearly within a stones throw away from your neighbor’s balcony. It’s like Hong Kong. Who would pay for that apartment? They’re all not condos but rentals or leased apartments.

I hope these developers lose their shirts from this. Let all these hideous glass boxes crack. Build what regular people want and need, not fancy safety deposit boxes for foreigners and the ultra rich.