Locust Manor getting a Caliendo special 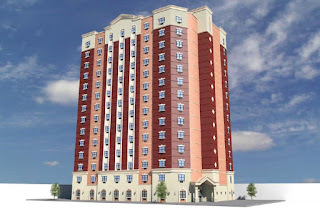 A south Queens neighborhood will soon see a building with more 80 new units of affordable housing rise in the area.

The Meridian housing development will bring 82 mixed-income units to Locust Manor, a small neighborhood situated between Rochdale Village and Laurelton.

The governor’s office announced the $9.7 million project as part of a $200 million long-term plan to build or preserve more than 2,800 affordable apartments across New York state.

Located at 127-10 Locust Manor Lane, The Meridian will be constructed on formerly vacant land in a largely residential neighborhood by D & F Development Group LLC. The site is located near the Locust Manor station on the Long Island Rail Road, located at Farmers Boulevard and Bedell Street, and commercial and retail establishments.

The gross rents (rent plus utilities) for each unit will range from $835 a month and higher based on income eligibility and household size, according to a NYS Homes and Community Renewal (HCR) agency spokesperson. The building will stand 14 stories tall and is designed by Briarwood-based Gerald J. Caliendo Architect, P.C.
Posted by Queens Crapper at 12:16 AM

Likes like a big jello desert piece from the 50s.

10 story building in a low rise community? - could they get away with that to white people?

Even a building named after Gloria D'Amico

There are a lot of rumors circulating about the Gloria D'Amoto residence .... also someone in the nabe is claiming that its residents were not all seniors.

Low-rise community? Not so. Rochdale Village is a stones throw away and the recently constructed adjacent buildings (with similar design features) are quite large too. This building is appropriate. The only sure-fire way to fight expensive housing (not subsidized housing) is through increasing supply. It has been that way for hundreds of years and if you think maintaining single-family density indefinitely will help people stay in their community, you are delusional. I welcome the density and look forward to seeing more, perhaps even in my back yard.

"The only sure-fire way to fight expensive housing (not subsidized housing) is through increasing supply. "

Really? Pray tell what the hell has been going on in this town since the Giuliani administration if not a gigantic increase in the supply? Why do we have more unaffordability now than ever if we can supposedly build our way out of this crisis? We've had giant up zonings with subsequent huge developments as a result, yet that has done nothing but drive up housing prices.

to Q-Crapper, the answer is, wait for it...demand. Yes, if the supply does not keep up with demand, then (economics 101) prices will grow. If you continue to rail against any density , then the supply will not be able to naturally meet the demand.

Giant rezonings? Yes, there have been some rezoning initiatives. However, starting with the Guiliani administration and continuing into the Bloomberg administration even more so, over 2/3 of the borough's square footage were part of the city's numerous contextual rezonings, which either maintained single-family zoning or other low-density districts, while increasing allowable density along even smaller segments. Cut it with the anecdotal complaints about giant rezonings. The truth is that since 1961, you could not even build half of what you see because of the increase of restrictions from zoning regulations.

Hey Queens Crapper- any particular reason you did not allow my previous post, since you ask several direct questions?

@Crappie: Because the City is flourishing, and people are moving here. The City population went up half a million over the last decade. If we hadn't been building, housing prices would be even more unaffordable than they are now.

Sorry the supply/demand answer is a b.s. one. They are building up the supply of housing for the wealthy. They are not building middle class or low income housing at the pace that is needed. Using AMI for affordable housing when the population of an area makes well below that doesn't help at all. And the upzonings mean as of right development for the rich can be increased, not housing that the majority of people living here can afford. So the rents for luxury condos are suppressed a bit - big friggin' whoop. To quote HDC: "NYC does not have a housing shortage—there are nearly 250,000 empty units, or about 11% of the city’s total rental apartments, which currently sit empty. There is enough housing for everyone, but developers build for maximum profit, not for people. Mayor de Blasio cannot build NYC out of a housing crisis, and the numbers show that what is being built is unattainable for most New Yorkers." As for not approving your comment, I was busy and didn't approve any comments until my workday was over. Capisce?

>To quote HDC: "NYC does not have a housing shortage—there are nearly 250,000 empty units, or about 11% of the city’s total rental apartments, which currently sit empty.