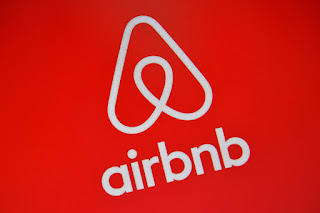 The cost of Airbnb to New York renters: $616 million.

That’s the conclusion of a new report by city Comptroller Scott Stringer that details the home-sharing website’s impact on housing affordability from 2009 to 2016. It’s no secret to New Yorkers that leasing costs skyrocketed during the time. But to isolate the Airbnb effect, Stringer’s office compared the growth in what rents would have been without listings on the site to what they actually were. Airbnb Inc. disputed the study’s findings, calling them “wrong on the facts” and containing “substantive issues with the methodology.”

Owners who list their apartments for short-term stays essentially are removing those units from the rental market, reducing the supply of housing and pushing up the cost of what remains, according to the report. For each 1 percent of all residential units in a neighborhood listed on Airbnb, rents in that neighborhood went up 1.58 percent, Stringer said. The estimated $616 million impact is for 2016 alone.
Posted by Queens Crapper at 12:04 AM

Tell me something I don't know already. A combo of airbnb and illegals makes this city so out if reach for actual people who were born here.

I was asking for this a few days ago. The timing by those pro-airbnb clergy groups and airbnb's lobbyists for that rancid bill was quite uncanny. The thing is this study should have been compiled 5 years ago and it doesn't even go that deep. It only goes after the obvious locales and not areas that have been swamped with new "hosts" like in Bushwick, Ridgewood, Rockaway (especially in the Averne area) and even in the Northeast areas of Queens and even Flushing.

As anon 1 partly described, airbnb has destroyed any semblance of affordability with it's parasitic presence along with their stupid customers who can't afford to vacation here (or any other city) and have fucked it up for everyone born and raised and work every day here and influenced predatory landlords to force out tenants so they can gut those apartments and add additional rooms precisely so it can accomodate such a venue for lodging.

I will never forget the sight I saw while commuting to work precisely 6 years ago, when my train arrived at Utica ave and I witnessed 6 eurogoobers exiting the train with giant rolling luggage and mountain backpacks. I wondered where the hell they were going to since I knew the area, Bed-stuy, didn't have any hotels or motels. Now it makes total sense.

Airbnb's existence is a bane on every tax paying and registered voting citizen in this city.

I find it unfathomable that a person who own a house is not allowed to rent out rooms through AirBnB. It's one thing if one rents one's home, instead of owning it, or if one lives in a co-op or condo, which likely will have rules against it. Homeowners are being made the scapegoats for the outrageous housing costs in NYC, while greedy real estate developers own our government.

No shit!
Move to a babe zoned to exclude Air B&B or hotels. R1-2A or bust!

Illegals don't use AirBnB , they don't have credit cards, no credit history.
People are losing homes because of taxes, 2-they can no longer pass the homes down to their Children. Lazy NYC school system brainwashed American children, raised in front of MTV and Disney channel who opted for degrees in liberal arts, singing, dancing, music and every other stupid shit paying jobs don't exist.
Now these millennials are in debt, voting for socialism, blaming Trump and everybody else.
These brats also believe they are entitled to a start at $100K+ (doing art or whatever other stupid shit) or they wont work at all and that drives more Illegals to parachute in.
Millennials move away and the homes get swooped up by foreigners who pool their money, buy cash and don't mind living 5 to a room.
That's why city's are going down the crapper.

The Asians & and the government are going to end up owning everything. Everybody will be renters or driven out unless they are multi millionaires.

I get it, feed the public bullshit then come up with a magic 6 step like they did in the Ukraine & Denmark
1-Ban AirBnB and private rental agreements and force landlords to lease on the books under the penalty of going broke via taxes.
2-Renters on the books screw's up, has problems, gets pregnant, cant work, relapses on booze, cant pay the rent goes to department of human services and files for Sec-8
3-Landlord gets a notice of boiler plate paperwork "sign here" to accept this guaranteed monthly check or "stick it" and go at eviction through housing court proceedings on your own"
4-Landlord can not afford a lengthy expensive 1+ year eviction procedure with dozens of court dates sells the house or agrees and signs the check.
5-By signing that check the Landlord has now conveyed his private home to sec8 and lost his last remaining usable homeowners rights including the right to discriminate who he rents too.

6-Home is now under government sanction, others follow, neighborhood turned to shit. -Mission accomplished.
Is this what people really want, a corrupt Marxist local government gaining more access and control ?

No reason for a hotel in Queens to cost $250 plus 8% state tax plus a $50 NYC hotel tax. Thats over $320 a night, not even for a full 24 hours and you dont even get a English muffin & cup of coffee.
Meanwhile some asshole from Ohio can buy a $22 Amtrak ticket to Penn and get get that same room for free on the taxpayer dole if can prove homeless in distress.
AirBnB is the only way to go unless some billion dollar corporation and team of accountants are paying the bill.
NYC voters and the city numbskulls they elected created both the overpopulation problem and AirBnB, now they bitching ??
deblasio has been waiving the COME AND GET IT sign atop the Empire State Building for 6 years and the stupid rewarded him with re-election.

fucked it up for everyone born and raised and work every day here
-----------------------------------
It has nothing to do with AirBnB
I wanna vet and choose who I rent to, by law a public listing or real estate agent is not allowed to discriminate. You will get your ass sued when some agent brings some urban dirt-bag lowlife with 6 kids booted from Jamaica who only has 3 months rent $$ because they sold drugs or hit a lottery ticket. Get sued and civil rights charges if you dont let them in? NO THANKS! I will sell or not rent at all before I have that .
Im sure people know exactly the type in talking about, and in Queens these days it happens to be the majority.