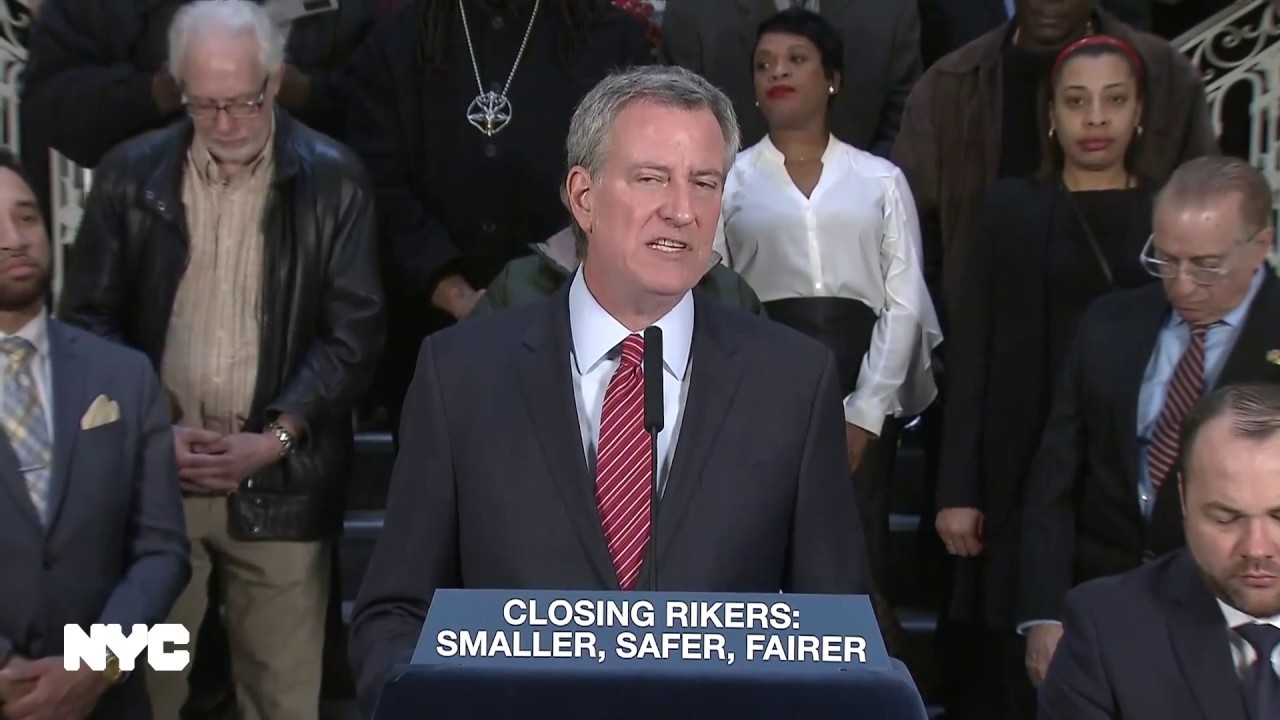 
The city will prohibit construction of new jails on Rikers Island under a proposal approved by the Council’s land use committee on Thursday.

The resolution allows the Council to submit an application to the Department of City Planning to remap the island so that the land can’t house inmates after 2026, when the troubled complex is expected to close.


Mayor de Blasio and Council Speaker Corey Johnson said the map change, which must go through the city’s Uniform Land Use Review Procedure, ensures the island will cease as a correctional facility after the new jails are built even after they leave office.


“We’re making our commitment ironclad and ensuring no future administration can reverse all the progress we’ve made,” de Blasio said in a statement. “Mass incarceration did not begin in New York City, but it will end here.”


The 17-member Council land use committee passed the resolution 11 to 2, with two other lawmakers abstaining and two absent from the vote. Councilman Bob Holden, who is not on the land use committee, said the vote “sets an extremely dangerous precedent in New York City, with the Council essentially turning the ULURP process on its head and neglecting the voices of our citizens.”

Neglecting the voices of its CITIZENS. What a refreshing concept!

If we thought about that before we would not have Trump and that mess in Washington. Give thanks to the Democratic Party for making that mess.

Lock your doors, close your windows and go up to the attic and retrieve your old rifle. Its about to get very dangerous in our neighborhoods. Thanks Diblassio !!

Crime AND Punishment. Whatever happened to the latter? Long live the Rack, Gallows, and Hot Seat.

Despicable Quote of the Week

Context: Queens residents asked the Mayor why his contested plan to build four new $11 Billion tower-style jails totally ignored the Lippman Commission’s recommendation to create scattered, very small jails around the city. “The Lippman Commission is not my bible” he quipped before adding, “You’ll get used to it” . It kind of sums up the Mayor's attitude (and his real estate team of Vicki Been, Alicia Glen, James Patchett, and Marisa Lago) toward the public when it comes to anything to do with housing, zoning and any objections to their policy of incessant towerification of the entire city.

>"Not only will we not listen to our constituents, but we're going to pass a law to make sure future administrations can't listen to you either!"

Have there ever been elected officials so proud to be out of touch with their electorate before? This sort of BS is how you get people like Trump in office.

NYC is run by the Democrats right ?
Everything is Trumps fault ? How ?
Michael Savage is right Liberalism Is a Mental Disorder !

de Sapio is saying a lot of Trump like things lately. He has really been trolling everyone since his farcical presidential and shady fundraising run has ended.

He also said a few weeks ago that affordable housing can't only be for the poor, and that he understood that buying a home in Park Slope is harder now. Being that he owns two homes that he rents out above the market rate, it sounds like he was humblebragging.

About his RE Team, Glen is long gone but she was the alpha dog of that squad. de Blasio is just the figurehead.

This sort of BS is how you get people like Trump in office.

You must be really stupid or just a commie agitprop.
Anyway, DeBozo is not normal, he is a major puppet for the powers to be that really control NYC.

“We’re making our commitment ironclad and ensuring no future administration can reverse all the progress we’ve made,” de Blasio said in a statement.

Makes you wonder who is crazier, DeBozo or the mentally disturbed liberals who voted for this dimwit.

Voted for Hillary? You mean the bus crowd who voted in 3 neighboring states? She is running in 2020, you heard it here first. Get ready for server farms in her bedroom (Bubba don't sleep there anyway), Benghazi 2.0 and billions and billions of dollars in "donations", yeah and some regime changes around the world. The word corruption should have her picture next to it in the dictionaries!

You voted for him,you deserve him.