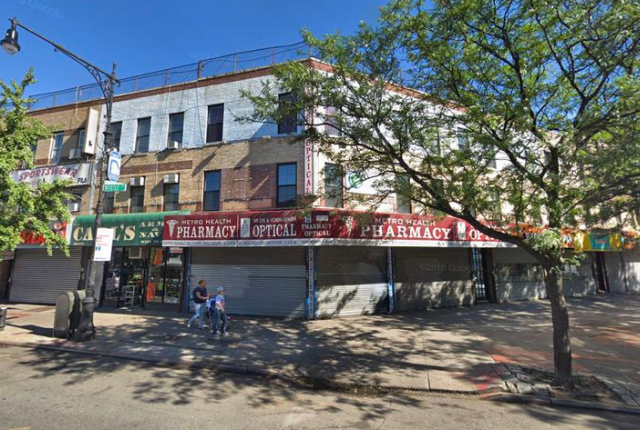 Ismail Mohammad Hassan, 22, and Mohamed Ali Hassan, 50 – no relation – were each charged with bribery in the third degree after they offered $400 to a buildings inspector in exchange for not issuing violations at a residential and commercial construction site in Queens, according to the Department of Investigation.

The contractors were trying to evade violations after failing to follow safety rules and get required construction permits for 55-43 Myrtle Ave. in Ridgewood, officials said. A stop work order was issue for the property, owned by H Management Corp., on Monday morning after the inspector saw unapproved construction work.

After the contractors offered the $400 bribe on Monday morning, the DOB inspector informed the Department of Investigation who put him under surveillance, officials said.

When the inspector returned to the construction site to discuss the violations later that day, Mohamed Ali Hassan removed $290 from his pocket, handed the cash to Ismail Mohammad Hassan, who placed the money into the inspector’s hand, according to city investigators.


When the buildings inspector asked where the rest of the money was, Mohamed Ali Hassan allegedly said if he came back later they would provide the rest.

That's funny. It's like the D.O.B. decided to pinch these guys because the inspector thought he was getting stiffed.
Posted by JQ LLC at 10:24 PM

That's a surprise maybe their bribe was too low. Should have offered him 4000 instead

Breaking news This blog and some commentators are realy something else. Quick to point out DOB inspectors taking bribes and when an honest one does the right thing is still defamed by ignorant self absorbed do nothing complainers. Bribes are rampant everywhere even the NYPD all the way up to chief of department that resigned a few years ago, gun license expeditors et all. DOB however seems to get vilified over and over. Could it be you all are pissed that you got violations from the many honest inspectors you don't report on. Maybe a little research into the enforcement with the millions of $ generated for NYC and the life safety efforts the DOB provides every day, you all may be less ignorant and be more appreciative.