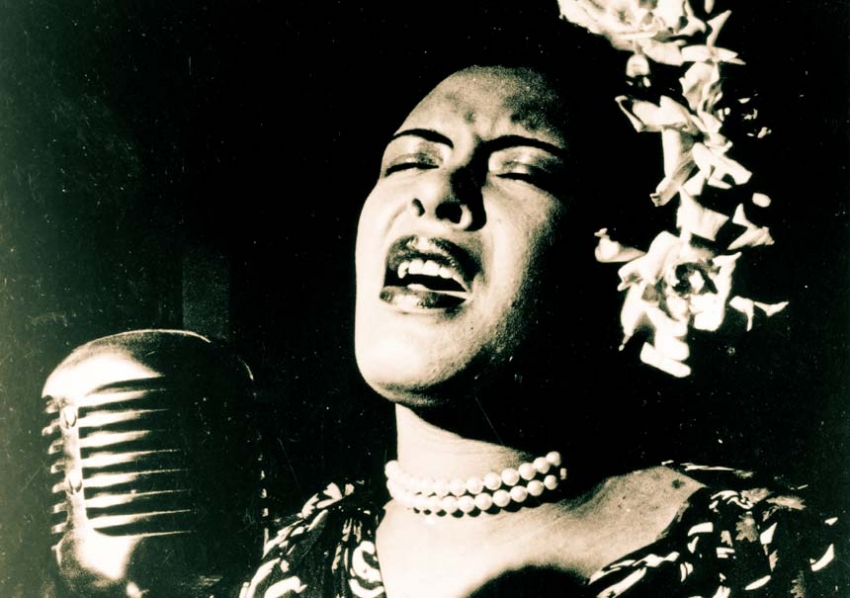 First Lady Chirlane McCray in March made a much-heralded announcement: The city would build a monument to jazz singer Billie Holiday, one of four new statues honoring trailblazing women.

It was a first step in eliminating the gender disparity in city monuments. Of the 150 statues in New York, just five depict women.


But some residents in Southeast Queens felt slighted.

The Billie Holiday monument, the city announced, would rise by Queens Borough Hall in Kew Gardens — and that didn't seem right, they thought.

"She's a major part of our neighborhood," Southeast Queens resident Amir Abbady told Patch. "The statue should belong in the neighborhood she's from."

Abbady, who chairs Queens Community Board 12's parks committee, is championing an effort to bring the Billie Holiday monument to the Addisleigh Park Historic District, where the pioneering jazz artist once lived.


"Our Southeast Queens community would benefit from a statue of this successful black woman for cultural heritage purposes," Queens Community Board 12 Chair Rene Hill wrote in an email to Patch.


Jeff Gotlieb, president of the Central Queens Historical Association, suggests that the city instead put the monument in St. Albans Park. The park is just blocks away from Holiday's former home on
Linden Boulevard.


The city hasn't yet decided on the exact site for Billie Holiday's monument, but a spokesperson for the city's cultural affairs department said they are focusing on the area by Queens Borough Hall, calling it the "most appropriate" location.

Guess what monument used to be at that "most appropriate" location...

The Statue of Civic Virtue.

Like the statue, civic virtue in your city ceases to exist or literally thrown in a graveyard.

There is a demented cult in de Blasio's administration, and it's being led by his co-mayor wife.

Chirlaine is a complete idiot.

Hmm...Has Billie Holiday been completely vetted? Wouldn’t want to take down the statue in 100 years.

It's fine. If the location for the monument turns out not to be the best, arrangements can be made to have on-duty NYPD detectives haul it to a new location.

Not only is Chirlaine a complete idiot, she is a complete THIEF. Where's our $850,000, Chirlaine, unqualified hustler and thief?

You got it wrong. It's $850 million government money paid by you and me - unaccounted for Thrive Program.

Chirlaine called it the Thrive Program because her bank account's thriving.

No one elected her to anything but she's in control of an enormous budget. I could do a couple of nice things with $850 million. Like buy the rent stablized building that I was evicted from and evict all the drug dealers and pimps.

Is the Reverend Al Shapton getting a piece of this pie? They do say therapy doesn't work for sociopaths.

How much longer will we have to put up with Comrade Wilheim and his baby mama?

There were concerns when the program was implemented at the end of 2018 that the Mayor and his wife lacked the proper focus when it came to dealing with mental health issues as a way to divert funds for the program to marketing and PR rather than resources and facilities.

“The mayor and first lady have falsely declared ‘stigma’ rather than ‘lack of services’ as being the major barrier faced by the seriously mentally ill thereby justifying the diversion of funds to public relations campaigns rather than services,” DJ Jaffe, executive director of Mental Illness Policy Organization, an advocacy group, wrote in an email.

Why ?
She's, from Philadelphia & Harlem and never even lived in Queens.
Hell, according to BMI and ASCAP I don't even think she wrote her own songs.
How about a statue of Milli Vanilli ?

Yes a statue for a heroin junkie belongs there.

Perhaps a statue to Milli. I think the Vanilli dude was white. Definitely not for him.

I know she didn't write her most famous songs, but a lot of artists back then sang songs other people wrote. Billie did live in the St. Albans area as well as a bunch of other jazz legends, actually for quite a while during her prime.


(As for Milli Vanilli, it's their 30th anniversary of their first single. The one that stole Eric B and Rakims beat, the more you know...)

She was certainly unique. One of a kind. Why no bronze statue of Louis Armstrong in Queens? He lived there most of his life.

Joe and other here are your typical UNINFORMED person, you know the kind that Trump and his crew love. Billie Holiday did live in Queens in the 40's for a period of time in Addesleigh Park, where many jazz musicians lived. And if you are even talking about Milli Vanilli, both Fab Morvan and Rob Pilatus, were NOT white, though Fab Morvan has a black father and German mother. AND the group was Millie Vanilli, that was not their names (Millie and Vanilli). As usual knowledge loses out today and people just say shit without finding out if it is true or a fact. A page taken out of another New Yorker, the unintelligent and ill-informed Trump.

Who gives a shit where Holiday lived, Put it in Harlem where she made her bones.
William Kunstler lived in Ridgewood, went to JHS93 and actually did things and helped colored people.
Where is Kunstler's statue or even a street named after him?
What did Billie Holiday do for black, Indian, Hispanic, White or whatever people besides sing and make and bunch of fat industry people in suits rich?

I also find it hysterical somebody here knows so many detail about these Milli Vanilli people. Priority's from educated voters right ?
That comment explains many things.

Anonymous re monument and Milli:

Having her monument in Harlem actually makes sense. I only posted this because of the Chirlie's location choice for Holiday and what was there before, which it's removal was documented a lot on here about 4 years ago.

I am not actually proud to know that much about those beat biters Milli Vanilli. I am still trying to erase my memories of The Knack and Quiet Riot.

William Kunstler is not a woman so he's not getting a statue.

Didn't he initially defend that guy who murdered a bunch of people in a mass shooting on the LIRR?

How about Zoe?
She sings, plays guitar both excellent and brings cheer to lots of M train riders?

Chirlaine threw out the top two vote getters. Guess saints are not good role models but talented but troubled singers are!

Wow thanks for the nomination, sure !
Would I have to take off my clothes to pose like the last statue?
How about a modern day adaptation with a blooded sward in one hand and some snakes heads of deBlasio and his minions crawling up from of a garden of mud, slugs and weeds at the base?

The most famous Forest Hills resident who should definitely have a statue is none other than Spider-Man.

They will debate if the Peter Parker or Miles Morales version is more appropriate.

Put it on the ballot!

Spider Man or Batman are GREAT choices !!
I say Rodney Dangerfield, he's from that Jewish area and paid more taxes then all them Jazz musicians combined

Chirley who? She is a basically a wife. Was she on the ballot?

No, not Civic Virtue, meathead, it meant "Stivic Curfew"

That's right meathead, now get inside and stop cheating on my daughter