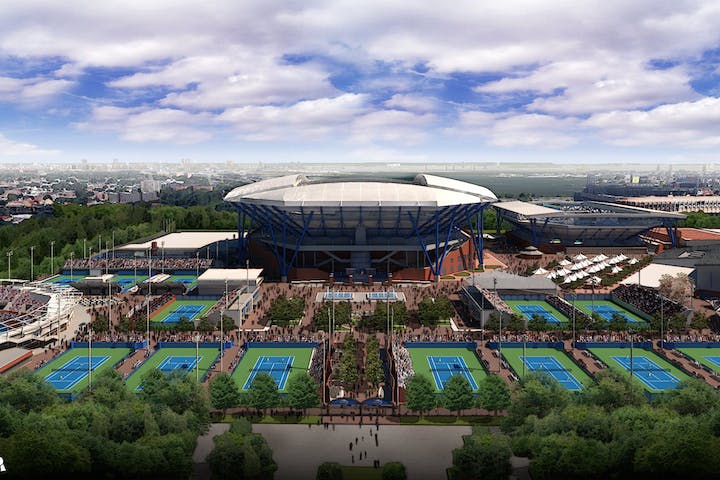 
Visitors are already starting to descend on Queens to attend the U.S. Open tennis tournament, which holds court in Flushing Meadows Corona Park next week.

But according to a new audit by city Comptroller Scott Stringer, the USTA has not been playing fair with the city.

The audit finds USTA underreported benefits received from other companies and fees and took inappropriate deductions.

The USTA may also owe an additional $82,000 because of discrepancies in financial reports, Stringer’s office found.

The comptroller’s review also determined the lease’s restrictions on access to records hinders closer city oversight of the USTA’s finances.

“Any corporate entity leasing land from the city must pay its fair share of rent – no ifs, ands, or buts about it. The Tennis Center collects more than $300 million annually, and yet, it shortchanges city taxpayers,” Stringer said in a statement. “This arrangement should be a win-win, not just ‘advantage’ USTA.”

Some Queens residents said that the park doesn’t feel like theirs during the U S. Open, calling the Grand Slam tournament a complete takeover of the 1,255-acre park.

David Pastor, 29, a member of grassroots group Queens Neighborhoods United, said that the park is usually a safe haven for immigrant families and contended that this community character gets “overridden” around tournament time.

“I’ve lived here my whole life and I’ve never even thought to go. It’s super expensive,” Pastor said. “You have to question who it’s for.”
Posted by JQ LLC at 9:20 AM

They (The USTA) also seem to be immune to health Department inspections. I've been attending for at least 25 years and have never seen the Letter rating displayed anywhere. Conditions behind the scenes are deplorable, food left out in hallways, there are roaches and flies everywhere. Rodents rule the park so its safe to speculate they also proliferate in the tennis complex. I've seen rodent traps all throughout the facility, usually hidden in the beautiful flower arrangements. So why no inspections?

Where is the surprise here?
1) USTA is a low-life organization
2) USTA is smarter than NYC (all corporations are) and NYC signed a crappy deal
3) Dinkins was a tennis fan and wanted the Open here, so he could attend. He didn't care that the deal was bad for NYC.
4) In addition to not getting money from the deal, NYC gave up parkland, changed green parkland into ugly concrete structures, and allows USTA to damage the park and treat it like a
giant parking lot.

Exactly Ron, this is what happens when you privatize public space. It's funny how so called progressive politicians are usually behind this.

Why no inspections?
Because the inspectors and elected get all the best comp seats.
They do it through will call system now because passing paper payola tickets was deemed corrupt.

All corporations are smarter that the areas where they operate. NYC is no exception. has anyone ever used the bathrooms at Willets Point just outside the USTA entrance. Fucking disgusting !! It's like using a letrine in a 3rd world country.

JQ LLC said: "It's funny how so called progressive politicians are usually behind this."

However, noble cause corruption is the inevitable trajectory of the progressive leftist cargo cult.

Deny that individual human beings have any moral agency and their character as either good or bad which is defined by what group they belong to and is permanently set and immutable.

Judge only by groups and individual actions no longer have any moral value.

So if the high priests of the progressive left, as the "good guys" fighting the holy crusade against the "bad guy" oppressors of identity/grievance "victim" groups and making everything "fair" then it's OK if the high priests and scribes have some extra privileges for being such awesome paragons of social justice. They earned it, man!

It's no different in any socialist or communist regime past or present. Did the top leaders of occupy Wall St sleep in tents or in a 5 star hotel?

Social justice has no rational definition, only an emotional connotation with an outcome of privileges given according to the caste ranking of the "good guys".

"Conditions behind the scenes are deplorable, food left out in hallways, there are roaches and flies everywhere. Rodents rule the park so its safe to speculate they also proliferate in the tennis complex."

I can't think of a better way for these mostly pious liberals to spend their leisure time and money.

The cops kicked all the bums out of the park, power-washed the benches, time capsule area and the fountains were running. Its cleaned up real nice but you can not park unless you have a USTA ticket. They tow your ass $225 towing plus the ticket
Oh, The bums are now raiding garbage, shitting in hallways and causing problems in East Elmhurst.