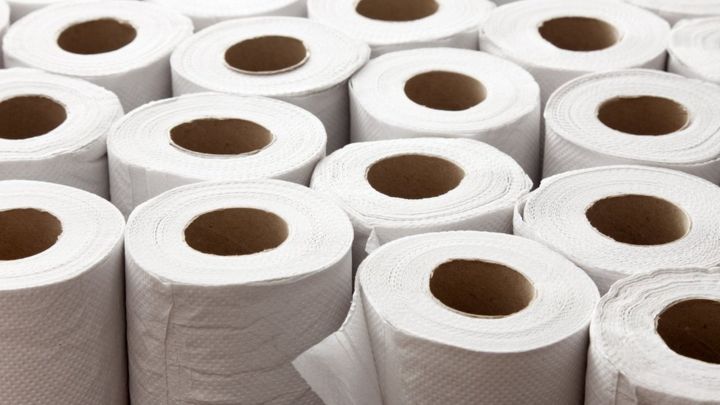 New York City is literally flushing millions down the toilet.

The city has spent at least $8.8 million on cheap toilet paper since June 2013 – and the costs are piling up under Mayor de Blasio.


Around $1.58 million was wasted on toilet paper last fiscal year, a 12% bump since 2014, according to records obtained by The Daily News. Last month alone, the city bought $126,000 worth of toilet paper rolls.


The city uses about four million rolls every year, buying only cheap, single-ply toilet paper, according to the Citywide Administrative Services. An average of $1.45 million was spent on potty paper annually over the last few years.


DCAS dumps the rolls in all municipal buildings, including City Hall, police precincts, parks and firehouses.


"It’s a waste of money,” one Democratic councilman, who asked not be name in order to cover his behind, quipped. “Taxpayers are watching their money flushed down the toilet.”

Another councilman tried to perfume the issue slightly.
“It seems like a lot of money for toilet paper, but at least we now have a solution for all the crap coming out of City Hall,” Councilman Joseph Borelli (R-Staten Island) said.
Posted by JQ LLC at 7:15 AM

Butt single-ply tp can wipe you slate clean. Ass it Depends on the consistency of the turd.

Alas, how tragically (and, predictably) sad that the Paper Tiger (reactionary) people in this country won't do squat ...

THAT has already been proven and made absolutely clear, regarding the fact that people are still thinking that they can ‘VOTE’ their way out of a totally corrupt corporate owned system—and, when THAT doesn’t work (again and STILL!), what will they do?—VOTE HARDER (ha, ha)?

USA IS A ‘SHEEPLE’ NATION!

Alas, the entire DemonRat, party-machine-failed SCOURGE are ALL right of center Republicans emblazoned with the Democrat label. They are: RIGHT of CENTER Republicans—without any MORAL CENTER—which is why their hyper-corrupt, entrenched and establishment-rigged cabal (and ‘kakistocracy-kleptocracy’ of depraved, disloyal, intolerant extremist ‘Monetary Locusts’) is soon preparing to guarantee a second term for TRUMP 2.0 (the DemonRats’ purported nemesis), when the entire corral of BrainWashington, D. C. sewer rats DEVALUE honesty itself—to pathologically high treasonous, traitorous and tyrannical effect—and, the ever languishing public be damned!

❝Democratic Party: stop scapegoating, look in the mirror, and ask yourself why you cannot landslide the worst, the most ignorant, the most scorporate indentured, the cruelest Republican Party in history.❞ —Ralph Nader

❝Nothing in politics happens by accident. If it happens, you can bet it was planned that way.❞ —Franklin Delano Roosevelt

❝Being REAL is VERY different than being negative.❞ —Owen Fox

The TRUTH is never NEGATIVE!

❝We’ll use the Democratic and Republican Parties to keep matters that have no consequence to our business.❞ —Banker’s Magazine, 1902

❝We'll know our disinformation program is complete when everything that the American public believes is false.❞ —CIA chief, William Casey.

❝Nobody in history has ever gotten their freedom by appealing to the moral sense of the people who were oppressing them.❞ —Assata Shakur

❝The urge to save humanity is almost always a false front for the urge to rule it.❞ —H. L. Mencken

❝Propaganda works best when those who are being manipulated are confident they are acting on their own free will.❞ —Joseph Goebbels

The media are the propaganda that fuel corporate fascism.

❝The people will not revolt. They will not look up from their screens long enough to notice what’s happening.❞ —George Orwell

❝The most effective way to destroy people is to deny and obliterate their own understanding of their history.❞ —George Orwell

❝The further a society drifts from the truth, the more people will hate those that speak it.❞ —George Orwell

❝Every record has been destroyed or falsified, every book rewritten, every picture has been repainted, every statue and street building has been renamed, every date has been altered. And the process is continuing day by day and minute by minute. History has stopped. Nothing exists except an endless present in which the Party is always right.❞ —George Orwell, 1984

Is it true that he yells out to Chirlaine "Mommy I'm finished. Clean me up"

How is this money being wasted? It seems to be a very low price. Or is the TP so shitty that people wind up using more of it?

I was actually expecting these comments, quotes and more with the Billie Holiday/Civic Virtue post from a week ago.

I wouldn't doubt it. Wait till he finally addresses corporate news, he's gonna make a big boom boom after that.

I presume that de Blasio's admin is full of vegans, they probably produce a lot more splatter than meat eaters.

Does Chirlaine invest in this toilet paper company or does a member of her family own it?
Follow the money

This from mayor fatberg? Medicare should retrofit toilets with fifty buck automatic bidets. Old folks can't stand up to do a normal wipe so they or their aides use wipes. And the yuppies wipe the hinds of their dogs and cats. And the super soft toilet papers are just as bad, you can make a quilt with some of them. Drill sergeant rubbed my skid marks in my face. You need to mandate passive macerators before homes dump into the sewers. Or supply shards of metal and glass to do the maceration.

Any chance of having DeBlasio's picture on the toilet paper?

"Any chance of having DeBlasio's picture on the toilet paper?"
That is a great idea not only for him but a good novel idea.
You should market it !

Yeah but the NYDN photgraph has real turlet pepper rolls, you got paper towels.
Did you think you could fool use?

Alternative search engine gave me that photo. I thought it looked funny.

If the TP is single ply and disintegrates upon hitting water, like Scott, it's actually the kind of TP plumbers recommend. Soft, cushy TP like Charmin is the worst as they clog up the pipes.