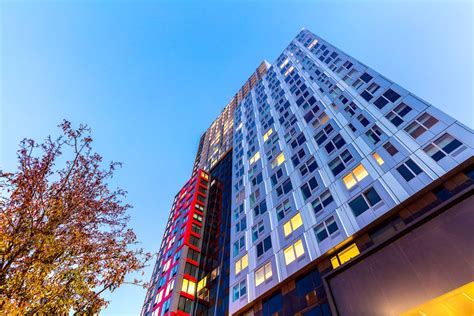 The de Blasio administration is easing requirements to enter the city's lotteries for affordable housing. With the changes, many more undocumented immigrants will be eligible to land one of the hard-to-get apartments, which are subsidized by city taxpayers.

But now the de Blasio administration is dropping its requirement that applicants have a Social Security or a TIN, a Tax Identification Number. The city says the numbers are no longer needed because it is eliminating credit checks. The change will have the effect of opening the lottery to many more undocumented immigrants, who do not have Social Security numbers and are reluctant to apply for a tax ID number.

Nuñez is a housing ambassador, helping people apply for the affordable housing lottery.

Undocumented immigrants, she says, "confide in me. They don't have a social security number or a TIN … They may fear that if they apply especially with this administration they might face some repercussion … so that is now a huge barrier that has been eliminated."

The de Blasio administration says President Trump's get-tough policies toward the undocumented are a major reason for the change.

\"The Trump Administration has created a chilling effect," says Margy Brown, the associate commissioner of housing opportunity and program services, in the Department of Housing Preservation and Development.

What a cynical reason to make applying for this bullshit program much harder. Bad enough that it's very difficult to even qualify for them if you aren't in the right income range. There are already 60,000 homeless people who are American citizens, most of them families. How long will they have to bunch up with their relatives or forced to live in hotels? Which is still going on because de Blasio's shelter program is taking too long. As expected from Mayor Big Slow

New Yorkers with family members in the country illegally will be able to more easily apply for the city’s highly competitive affordable housing lotteries as part of broader rules changes announced by City Hall on Wednesday, which are meant to expand eligibility.
The new rules will allow applicants to provide proof they pay their rent on time instead of submitting for a formal credit check, which required prospective tenants to put down their Social Security or taxpayer identification numbers.
“For too long, families without access to credit have faced barriers to the affordable housing they need,” said Mayor Bill de Blasio in a statement. “By allowing New Yorkers to submit rental history instead of credit checks, we are creating a fairer system for all New Yorkers.”

"It’s just the latest idiotic idea to come out of this administration,” said Councilman Eric Ulrich (R-Queens). “The mayor is setting up people to fail and is doing a disservice to New Yorkers who desperately need affordable housing."

One question that has not been brought up at all about this "program" and the impossibility to get in and it came from social media; Why is there a lottery for something one needs to survive: housing?
Posted by JQ LLC at 6:20 AM

He didn't have to announce it, I already knew they were allowing this anyway. The illegals GET EVERYTHING handed to them on a silver platter in this city. Translation services, free education, free medical care, WIC, foodstamps, section 8 housing, off the book jobs and protection from the federal government ALL on taxpayer dollars! Welcome to nyc, the land of the illegals. We may as well change the name to new illegal city instead.

Even though the Blaz opened the door for the undocumented, they won't apply because they are scared they'll be tracked down. Sometimes SpongeBill Squarepants (anyone seen the skype video?) comes off like a double agent at times.

Eliminate all regulations regarding housing and rent. Give it entirely to the private sector. Watch people pay for what they can afford.

JQ: what's with this "undocumented" palaver in your headline? They were original called "illegal". What's with the political correctness? "Undocumented" has 5 syllables. "Illegal" only 3. Why not use Occam's Razor?

After reading this article I quickly was reminded of the lyrics from 'The Door's, This Is The End...Beautiful Friend, The End. The of what, we'll the end of this city !!

I am Awesome said...

This is not "opening the door to illegal immigrants"
It is doing more to allow citizens with bad credit to apply by removing the ability to do a background check.

The last time I rented an apartment (I own now) , I had to submit three years of tax returns, a bank statement, pay-stubs for the last two months and two years of rental history.

After all that I was like , How in the world can less organized people rent anything??

The open secret is that this country thrives on undocumented people for labor. Everybody wants everything cheap and the only way to get that is to exploit someone else. To people that are facing death in their home countries, living 8 in 1BR is paradise. NYC relies on these folks for everything from car washes to restaurants to nannies and construction services. These programs to give undocumented people healthcare, education, housing, etc is just the City acknowledging that they are a huge part of our economy. Even Trump has used )and still uses) undocumented people to do work at his hotels. Consumers need to stop patronizing businesses that use undocumented labor if they really want to see this go away. Otherwise, enjoy your fast restaurant delivery and accept that they will continue to get all the same things you have.

If any of this program is supported by our federal tax dollars, president Trump should look into de-funding this give away housing program for illegals.

Even though the Blaz opened the door for the undocumented, they won't apply because they are scared they'll be tracked down. Sometimes SpongeBill Squarepants (anyone seen the skype video?) comes off like a double agent at times.


They have no problem applying for WIC and foodstamps and family health plus programs here so of course they will apply to this. They know that this city is a joke when it comes to deporting people.

I don't think that term is that P.C., it think it's clinical.

Besides, I stated that I don't agree with this. Even though it's just a cheap ploy for the mayor to get press attention to bolster his idiotic presidential run.

I am as annoyed about this as other non-virtue-signalers. I don't understand why illegals are put on equal footing with American citizens here for a chance at an already scarce resource.

They come for the goodies, and boy do they get them!

However! These barely-affordable apartments still have to be won in a lottery, right? Or do the illegals get fast-tracked somehow? It wouldn't surprise me. If not, that just makes citizens' chances of snagging one of these units 1 in 85,000 instead of 1 in 75,000. I'm guessing.

This is what we get for having “Diversity” shoved down our throats over the last few decades.

That is still the official terminology. Don't fall for the PC crap

What affordable housing? They are voting man! In droves. They are the backbone of the Democratic Party.

ILLEGAL ALIENS, not "undocumented immigrants".
That is still the official terminology. Don't fall for the PC crap

What does your councilman say? eh? Make sure those that are bought off with ice cream money don't shout your down when you ask this question to their face with the press nearby.

Would it not be easier
In that case for the government
To dissolve the people
And elect another?