The MTA removed schedules off of bus stop poles in Queens to save money. 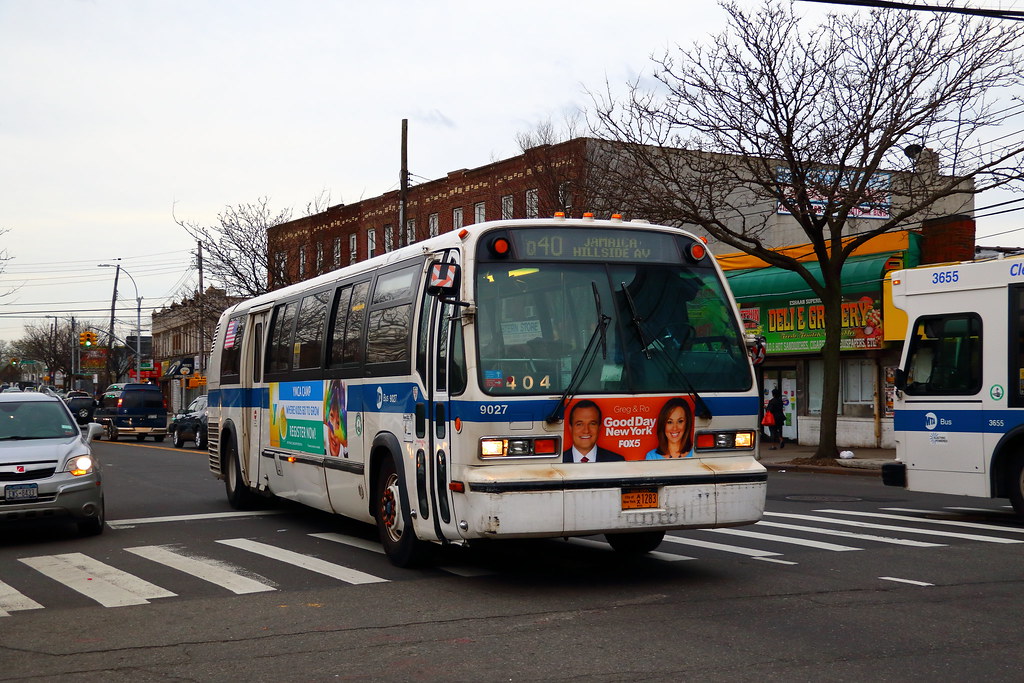 The MTA began removing physical bus schedules earlier this summer. The move would enable the agency to save $550,000 by no longer having to reprint the pamphlets, which are regularly updated, the MTA said.

“As we modernize bus service, we’re finding ways to provide `accurate arrival time information to customers in faster, more efficient ways,” MTA’s Chief Customer Officer Sarah Meyer told amNY in a statement. “Moving to paperless schedules helps reduce our paper waste and makes the most of new technology that puts real-time information in customers’ hands whenever they need it.”

But the reduction in paper waste and printing costs did not please an array of Queens’ councilmembers, assemblymembers, state senators and members of the U.S. House of Representatives. Riders across the city will be left “lost and confused without a physical printout of the bus schedule to guide them,” the lawmakers said.

“Simply put: posted bus schedules help get riders where they need to go, and removing them will only hinder the commutes of those without access to technology. Even the MTA readily admits that bus schedules change frequently,” reads the letter addressed to MTA Chairperson Patrick Foye.

The Q60 bus is slow. So slow that an an average jogger can pass it on the road. So slow that a manatee could likely keep pace. So slow that transit advocates gave it an “F” grade on a report card based on its speed and reliability.

Indeed, the Q60’s average weekday speed of 6mph is a drag for the 4,752,023 riders that boarded the bus between Midtown Manhattan and South Jamaica in 2018. But what is impressive, is all the cool places it passes as it chugs along.

Take for instance, the Queensboro Bridge — also known as the 59th Street Bridge — which the Q60 crosses on its path between Manhattan and Long Island City. The Queensboro Bridge recently turned 110, as the Eagle previously reported, so the next time you’re stuck on the Q60, try Feelin’ Groovy.

As the Q60 makes its slow cruise through Sunnyside and Woodside consider hopping off and grabbing a bite at 24/7 diner Pete’s Grill, located on Queens Boulevard near 39th Place. On second thought, maybe don’t hop off the bus, since it boasts a 53 percent on-time performance and you never know when you’ll be able to get on the next one.

Once your bus manages to make it to Woodside, look out the window to see Calvary Cemetery, a mid-19th Century cemetery that was the first burial ground established outside of Manhattan by the Trustees of St. Patrick’s Cathedral. Don’t look too long though, or you’ll miss seeing the “geographic center” of New York City, denoted by a circular plaque on 58th Street (note: it’s not actually the geographic center, no matter what the plaque says).

If you don't have a cell phone you are completely fucked. You can argue that nearly everyone has one, but what if the battery dies on it? They could also save money but not changing the times at all, which would probably work better than leaving everyone in the dark.

They did this in the poorest neighborhoods in the city. Hmmm, that is very fishy !!

You and your degenerate boss waste taxpayer's money left and right.
You are a total waste.

Bullshit, they didn't do it to save money, They did it so they could adjust their schedules on line, They have minimal accountability now and even even less once this is done. Fire all the f^^kers now, rebuild the board with people who actually know what they're doing. Make the bus drivers responsible for their on time/ not on time numbers. Stop the bus's from piling up i.e. three bus's in a row with no passengers.

Why not do something less ambitious, like post the
approximate frequency of a bus at four hour intervals

They are redesigning the bus routes, straightening them out a and making them run straight down major roads. For Flushing, that means most buses would go down Northern. If you do that, why not revive the Flushing bus terminal, torn down in 1950, where the RKO Keith is. This can be a major rescue of RKO Keith, restoring the most historic parts and incorporating them into a major complex that would include a moved Flushing main library, Queens Symphony, as well as the much needed NYC HHC Flushing public hospital.

That is so ridiculous. All they do is flash in the pan, all hat and no cattle, all inspiration, no perspiration. Fancy screens on bus and train, but the trains run less and less. Why, because those millenials only like to play with their computer and not get their hands dirty fixing things. You need to tell millenials they will only get hired if their resume is printed on parchment from the scalps of their professulas.

I didn't even know there were paper schedules.


That's because you only taking the bus in your dreams.

Man in Falasheng? Say things like this, some of us need a good laugh from time to time.

The Neo KGB bastards want to force everybody on to some shitty MTA app you need a smartphone to use to track and datamine you.
This computer shit with the MTA farming out to handler's writing code in Europe & India is ridicules and will cause chaos not IF but WHEN it gets hacked.

Just watch, Next they will do away with cash issued paper ticketing and want your bank info like EZ-Pass. This new British progressive MTA boss is trying to change everything over to the commie shit they have across Europe and Canada !!!

Girlfriend and I were kicked off a train in Canada, arrested and deported because somebody in the seat behind was was eavesdropping and was offended by what we said in a private conversation wile reading a newspaper.
Perhaps this anything that can be harvested as offensive and spy shit is next with such an app.

Likely the early stage of a large project to be implemented.
Silicone Valley and company Canadian software company Servall Biometrics, is coming up with an updated phone app to do schedules, security & fares.
It uses your face and phones broadcasted EISN number so even if you don't have Wifi or a data plane on your phone it will still work.

Its called PatronScan
And eventually if your a troublemaker or do not wish to "go with the program" you will not be allowed into a bar, buy alcohol or enter the transit system, federal buildings or board an aircraft.

I've seen kids pay for bus in Nassau with phone

Not to worry: deep brain stimulation is where they drill wires into your head and cook the nuts out. It's part of Obama's BRAIN (Brain Research through Advancing Innovative Neurotechnologies) Initiative.

Wm Temple, Of heroic Virtue, 1690, v.3 p. 332 "So that it may truly be said, that no king is better served and obeyed, more honoured or rather adored; and no people are better governed, nor with greater ease and felicity. Upon these foundations and institutions, by such methods and orders, the kingdom of China seems to be framed and policed with the utmost force and reach of human wisdom, reason, and contrivance ; and in practice to excel the very speculations of other men, and all those imaginary schemes of the European wits, the institutions of Xenophon, the republic of Plato, the Utopia’s, or Oceana’s of our modern writers. And this will perhaps be allowed by any that considers the vastness, the opulence, the populousness of this region, with the ease and facility wherewith it is governed, and the length of time this government has run."

Notice how many times the Metro Card machines say NO BILLS?
If you are supposed to get your bill returned and it goes NO BILLS, it
won't give you money or credit, but at least it gives you your card back.
Early on I used credit cards on Metro Card machines but the machine ate my credit card.
They need to keep the bills stocked in their machines.