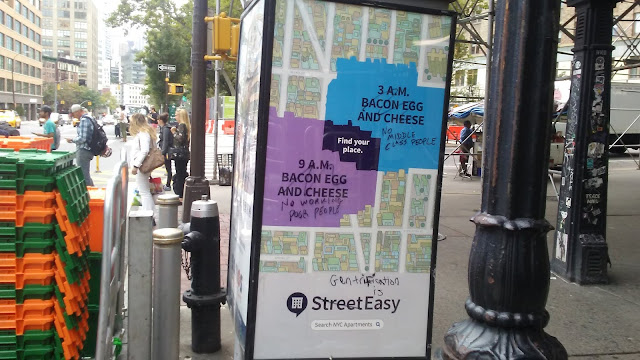 “Affordable” and “SoHo” aren’t words New Yorkers are used to hearing in the same sentence, but if Mayor de Blasio gets his way, things could change in the upscale neighborhood.

The city would rezone SoHo and NoHo with the goal of getting 800 units of affordable housing built there, under a plan Hizzoner announced Wednesday.

The proposal targets a square bound by Canal St., Sixth Ave., W. Houston St. and Lafayette St., with a sliver of blocks leading up to Astor Pl. The area was last zoned in the 1970s with the intention of helping turn vacant manufacturing sites into lofts for artists and others, according to de Blasio’s office.

Since then, SoHo has became one of the most expensive neighborhoods in the city, replete with luxury apartments and fancy boutiques for international brands.

De Blasio’s proposal would pave the way for 3,200 new homes and include requirements for developers to construct affordable units.

It has already been confirmed that the word "affordable" has been redefined in de Blasio's segregation based affordable housing program. Plus this proposal comes much too late. Besides, after 6.10 years of Blaz gaslighting and narrative control, who can actually believe him now?

Want affordable, move out of that shitty city that lost it's luster decades ago. An overcrowded, over expensive filthy shit hole that offers nothing unique and just a bunch of chain stores. Even Broadways sucks there.

Soon everything will be affordable.. have you ever looked up houses in Detroit online? many go for less than $10,000.

Was gonna say, but you beat me to it :) :) In Detroit everything is affordable. Houses as low as $100. Taxes are low also, because the police don't show up in certain areas. Only the coroner.
Same goes for Baltimore. Is really affordable.

Affordable what is affordable? When people are losing their jobs. When some can’t even make their mortgage or rent payments.

I remember when SOHO was a real shit-hole. You had to be afraid to park your car anywhere in that area, before they conveniently named it after a London district to give it character. But, you New Yorker's are still not happy. What gives with you idiots.

Waiting for the Hollyweird bailout. Don't laugh, is coming :) :)