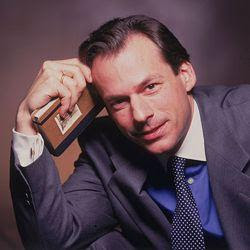 The site is currently home to a pair of transportation and utility buildings, according to the city.

Christopher Short of Arquitectonica is set to design the project, which will feature retail and office space, an art gallery and 314 parking spots, the filing says.

An LLC linked to W-G Capital Advisors bought the site last year for $21.5 million, according to property records. W-G Capital and Washburn declined to comment.

The Covid-19 pandemic forced construction on most projects in New York to come to a halt in March, but work restarted during the first phase of the city’s reopening in June. Gary LaBarbera, president of the Building and Construction Trades Council of Greater New York, previously told Crain’s that there should be enough work to get the construction industry through 2021 but that 2022 could be a difficult year.

Other major projects planned for Brooklyn include a roughly 385,000-square-foot mixed-use development at 496 Sutter Ave. in East New York from the Department of Housing Preservation and Development and a roughly 70,000-square-foot commercial project in Gowanus from Avery Hall Investments.

This guy is a one-man gentrification machine.

Graft is not dead!

Graft may not be dead——but, everything else in New York City IS DOA——including ALL pretense of leadership that leads by example——COMPLIMENTS of the 'Tall 'N Stupid' walking corpse, zombie apocalypse, husband-and-wife monsters of arrogance and cruelty that continues to haunt and rattle City Hall——to frigtfully draconian effect!

How disgraceful that City Hall's Number One anarchist is suddenly attentive to the needs of a Halloween Party in the wake of the corporate fascist 'SCAM-demic!' Yes, peasants, you heard it right: The feckless mayor and her wayward husband are concerned about YOUR Halloween Party needs, and to gently remind you to wear a protective mask ON TOP of your costume mask, so remember NOT TO BREATHE ALTOGETHER, and spend lots of money on party favors, decorations and candy (for your phantom guests), while you watch in horror (REAL TIME horror) how our once proud, independent and 24-hour city and gainfully employed workforce have completely devolved into a dystopian sphere of willful government tyranny, destruction, chaos and terror as the REAL ghouls continue to rape, ravage and tonsure Gothan City from their haunted castle of ungodly terrors inside of City Hall.

OH! And, the best part: No more Peanuts Gang/Charles S. Schulz holiday specials for free (or, the price of a cable package instead of an antenna) on WCBS-TV this year (and, forevermore), now that the clutches and strangleholds of corporate fascism demand that you PAY additional fees to streamline Apple+ TV (to watch what USED to be accessible to nearly everyone on broadcast TV to entertain all ages), as the REAL horrors that everyone should be focused on is how the end of humanism, and the total entrenchment of corporate fascism just continues to destroy the remnants of freedom and democracy, with a vengeful impunity that remains unprecedented, to date——and, the public be damned!

❝Cracking your whip on the backs of the poor. We asked you to stop—but, you STILL wanted more.❞ ——Andrew Yang

❝Laws are created to be followed by the poor. Laws are made by the rich to bring some order to exploitation. The poor are the only law-abiders in history When the poor make laws—the rich will be no more.❞ ——Roque Dalton García (1974)

Reagannomics has been around for hundreds of years. It used to be called the 'Horse and Sparrow' economics: Feed a horse enough oats, and whatever comes out of the back end, the sparrows can pick through to get their share. Freedman repackaged it as 'Trickle Down,' won the Nobel Prize for Economics, and he was proven to be SO COMPLETELY WRONG that it was actually 'Trickle UP' economics, that he would not even talk about it toward the end of his life.

❝Dystopian nightmare oozing from lavishly rewarded slaves of an unscrupulous monopolistic, extractive, destructive, depraved, lawless oligarchy, all of which uses debt offensively to boost their unlimited wealth (that determines WORTH) and power, while the lowly U. S. and global masses are debt offensively to barely survive.❞ ——Jana Dixon

The Trilateral Commission, The Bilderberg Group, AND the Council on Foreign Relations (CFR). They tried to warn you on an episode of 'Barney Miller,' in 1981:

Everything you posted is true.
One has to be brain dead or in cahoots not to recognize what is going on.

For God's sake they murdered JFK in front of the world to let everybody know who the boss is!
Same for 9/11. These sickos have no problem murdering thousands of people.

If you don't sell out America, "you ain't democrat"

Bloomberg? What a class act. Who can forget this gem from the past.

Gun control for everyone, but his bodyguards. Not even Mr. Trump has this.

If you don't sell out America, "you ain't democrat"

You ain't a communist!