Another supermarket Targeted for extinction 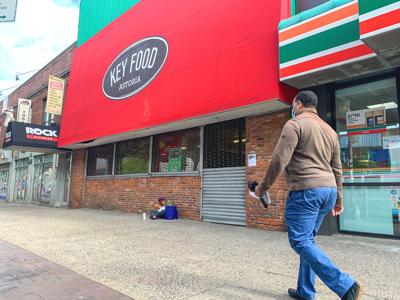 Key Food on 31st Street in Astoria has shut down despite months of rallying from the community and elected officials.

Maryam Shariat Mudrick, co-founder of the Astoria Mutual Aid Network, had tried to save the business and said the news was not well received on Astoria Facebook pages.

“Regardless of the political association of the group, everyone is frustrated and disappointed that yet another grocery store and place to access food has been shuttered,” she told the Chronicle.

She said many residents in the neighborhood are elderly and that there are “very few grocery stores” in the area.

“There’s just a void and people are worried as they’re getting into the colder months that they’re going to have to travel to get their basics for living,” Mudrick said.

Astoria Food Pantry co-founder Macaela Sears said she expects longer lines at the pantry. “That’s my first and main concern,” she said, adding that the closure means 150 lost jobs during a pandemic and an unemployment crisis.

They said the next closest similar market is at least 10 blocks away. There is a CTown Fresh Astoria on 31st Street and 24th Avenue but it’s more expensive.

Target will come into the location, against the wishes of some in the area.

You are all Communists in NYC, why not let your city government use some of the tax money they take from you, to open another grocery store? Then they can raise your taxes again to support running the store. It's simply called sharing the wealth.

No sympathy. That community where the community board is has not the slightest concern about the rest of the district - you have a one story - want a 5 - 10 - 20 story building - hell why stop there make it a Roman Triumph!

Meanwhile try doing that north of Astoria Blvd. No can do. They are special people.

Now that plastic bags are gone, is time for supermarkets to be gone.

Based on your social credit, you'll be able to procure "ALLOWED" foods.

What's funny is that this is free market capitalism in action, yet commenters are making communist references.

Good riddance to plastic bags, idiots just litter them and clog the catch basins and they get caught in tree branches. Plus, the environmental impact is not good. Yes, I and many others used some of them (the ones not super thin) as trash can liners / trash bags, but they are instant waste in most cases. Just get a bunch of good thick machine washable canvas bags, keep some home, in your car, at work and you're all set.

Some kind of social credit program for developers would be great, isn't that the main point of this blog?

Wish JQ would take steps to reduce the amount of foreign provocateurs on this blog.

Sure, all I need is to lease a warehouse and fill it with red bull swilling and adderall popping laptop monkeys to throttle these comments and stop their silly red scare narrative. Pay me!

Seems you are the provocateur here.

Anyway, lighten up bud, will do you a lot of good.