The Blaz walks while city plans and services get burned 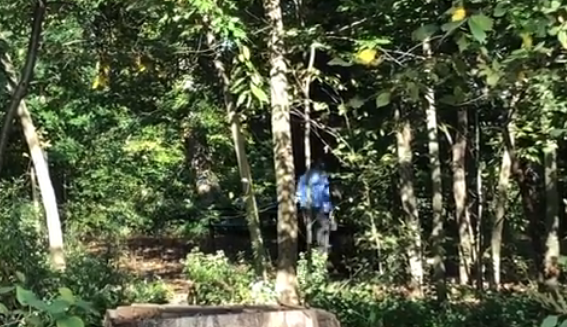 The coronavirus is still gripping the city, a fiscal meltdown looms and New York has been rocked this year by civil unrest, but instead of stepping up, Mayor Bill de Blasio has been stepping out.

Hizzoner has taken to regularly walking off the job — literally — in the middle of his workday for meandering, sometimes hour-plus jaunts, generally in his old Brooklyn neighborhood, while the city remains in crisis, The Post has learned.

The mayor’s latest regimen of distractions — which comes after he temporarily swore off his well-documented Park Slope YMCA workouts when COVID-19 shut down all gyms — also includes morning constitutionals running into the start of his daily press briefings, according to city sources familiar with his routine.

“This is the height of arrogance,” said one insider, who noted that the aimless walks have been commonplace for months. “While the city is falling apart, he is … walking in the park with his head in the clouds.

“I wonder if he ever heard of Nero,” the source added, referring to the Roman emperor said to have fiddled while his city burned.

These are among dozens of required statistical reports produced by city agencies that have failed to surface by recent deadlines, as flagged by the Department of Records and Information Services (DORIS).

City Hall officials blamed the delays on the government response to the COVID-19 pandemic — including constraints brought on by remote work, layoffs and hiring freezes.

“Our city agencies have heroically worked to balance the urgent demands of the pandemic with non-COVID projects,” Avery Cohen, a de Blasio spokesperson, said in a statement on behalf of the mayor and the agencies. “In the interest of complete transparency, all agencies have been reminded to submit pending reports as soon as possible.”

The way he's eluding the press and also his job, The Blaz seems to be evolving (or devolving) into an urban Sasquatch. Or a Snuffleluffagus

OK. We can all agree this moron is not running the city. Simple figurehead, feel sorry for him really, but who then is running the city? Not his wife, let's face facts she is out of her league. Who then? My question for the day.

For the AntiFa crew, Bernie's girls and boys, this is reality!

Cmon Man this is what NYC Voters wanted ! Big Bird DeBozio the Marxist Mayor.
Just like the ones who'll vote for Biden who are so filled with hate for Trump that they can't even see their own best future.

If George Soros pays $20/hr to riot, destroy with impunity, how much are the votes worth?
You see money is no problem here.

Where is the DOJ on all this? What exactly has to happen before they step in?

Is this America? NYC? Brooklyn?

How many Amendments are violated here? Constitution?

Looks like he's taking a leak in the woods.

He was elected because everyone was afraid of Christine Quinn who came off as a 'Harpy in the Pocket of Developers'. Somehow a story line in a 'Tale of Two Cities' became White Folk need not apply.

History will be kind to DeBlasio.... a champion of the working people and the oppressed classes of the city. he was a bulwark against the capitalist apparatchik, a forward thinker, a true socialist!

Is this America? NYC? Brooklyn?

How many Amendments are violated here? Constitution?

well, some people feel they are above the rules.

Like one of those Big Foot pictures from the 70’s

Not aimless walks, more like meets friends in park to pick up weed. Oh, how about Psilocybin "magic" mushrooms near horse stables after rains during hot summer.
The man needs drugs and exercise (endorphin rush) to fight some kind of depression or mental issue. Why cant most New Yorkers understand this ?

Cults view critical thinking as an infectious disease and every effort is made to suppress it. Doubting members are encouraged to isolate themselves from outside influences and focus solely on the doctrine of the cult.

Criticism is forbidden. People who contradict the group are viewed as persecutors and are often given labels like 'anti,' 'Russian troll,' 'apostate,' or 'suppressive person.' Members are discouraged from consuming any material that is critical of the group.

Actually, the people who are meddling in our elections are the social media companies that are engaging in massive censorship. It is THEY who should be criminally charged.

❝Of ALL the preposterous assumptions of humanity over humanity, nothing exceeds most of the criticisms made on the habits of the poor by the well-housed, well-warmed and well-fed.❞ ——Herman Melville

❝The statesmen will invent cheap lies, putting the blame upon the nation that is attacked, and every man will be glad of those conscience-soothing falsities, and will diligently study them, and refuse to examine any refutations of them; and thus he will by and by convince himself that the war is just, and will thank God for the better sleep he enjoys after this process of grotesque self-deception.❞ ――Mark Twain, The Mysterious Stranger

❝The brilliance of Bill Clinton was that he transformed the Democratic Party into the Republic Party, and he pushed the Republican Party so far to the right—that it became insane.❞ ——Chris Hedges

❝The only difference between the Democrat and Republican parties is the velocity with which their knees hit the floor when corporations knock on their door. That’s the only difference.❞ ——Ralph Nader

❝Democratic Party: stop scapegoating, look in the mirror, and ask yourself why you cannot landslide the worst, the most ignorant, the most corporate indentare, the cruelest Republican Party in History.❞ ——Ralph Nader