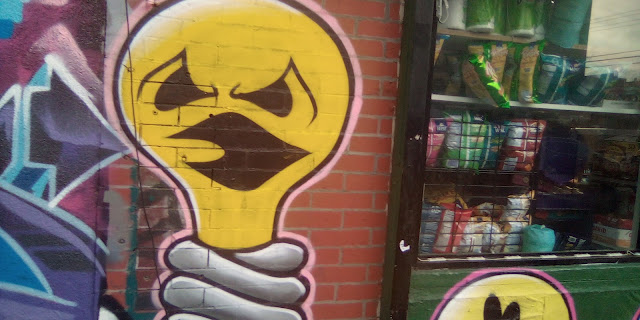 It’s time to pay up.

The U.S. Supreme Court has refused to hear an appeal from a New York developer who had been ordered to pay $6.75 million to 21 aerosol artists in 2018 for destroying their work that was on the famous 5Pointz warehouse.

The decision ends a long saga between the artists and G & M Realty, which argued that the company was not liable for destroying the aerosol artwork since it was on their building that has since been demolished.

The dispute began soon after Jerry Wolkoff, the owner of G & M who died in July, announced in 2012 that he planned to flatten the 5Pointz warehouse to build two luxury rental towers. The announcement led to heated protests by hundreds of aerosol artists and their supporters who had turned 5Pointz into a major New York destination.

he artists filed suit in Brooklyn federal court in the summer of 2013 to stop him from demolishing the building, alleging that Wolkoff would violate their rights under the Visual Artists Rights Act. The 1990 law aimed to protect public art of “recognized stature” even if it is on someone else’s property.

However, in November 2013 Wolkoff hired painters to whitewash the artwork in the middle of night to put the dispute to an end. He banned the artists from the site and refused to allow them to recover any work that could be removed, according to court records.

Wolkoff maintained that the works were temporary and not protected by law, and that he had the right to do as he wished on his property. The warehouse was demolished in 2014 and two residential towers have gone up on the site that are almost complete.

A federal jury ruled in favor of the artists in November 2017, and found that Wolkoff had “willfully” disregarded his requirement under the VARA. He was required to provide the artists with “90 days notice before destroying their work.

I would not call this "Victorious" it's more like nauseating.
Private property rights should never be undermined ! The Constitution protects property rights through the Fifth and Fourteenth Amendments “nor shall private property be taken for public use without just compensation" Graffiti is vandalism !

Let's say he gave them the 90 days. How would the so-called artists - illustrators - have then physically hauled away their "ouevres"?

Vandels getting paid, this ruling from some shitty liberal judge is ridicules.

The good side:
1-The 6.75 million will be more then paid back in as little as 2 months because the building went up earlier by avoiding a long, long, battle in the lousy court.
1-Landlords across NYC will now think twice before allowing bums & vandals titling themselves artists to spray paint on walls.(most in the class action weren't even from New York)
Result: Less of this crap on walls.
Wilcoff did this city a huge favor in my opinion.
Vandels need to go back to spray painting the vacant rat infested shitholes of the Los Angeles river, East LA, Oakland, Miami, Detroit etc. ---Bye Bye !!

"Let's say he gave them the 90 days. How would the so-called artists - illustrators - have then physically hauled away their "ouevres"

They wouldn't have never removed the crap.
But what they would do is receive stay after stay in court then followed by months, years of 3rd last chances by the shitty liberal courts.
It would have taken Wolcoff years to win.
Its cheaper to destroy the garbage and pay the 6.75 million as a nuisance tax to get things done.
The tilted Court judges truly believe every landlord in NYC is scum.
Try getting some pregnant deadbeat whore with a child, no husband or known baby daddy evicted in Housing court. Now under deBlasio it takes 3- 5 years loss of rent, heat & electric and by then the deadbeats will destroy the place, cost you $60,000 in repairs cost you 1/4 million dollars.
That exactly the type of renters, freeloaders and sec 8 cases these so called "artists" were. They did a class action because none of them had a pot or backyard to piss in.
Gracie mansion, The courts and the NYC Municipal building need big enemas.
What happened to this landlord was pure communist at its worse.

In other news, keep wearing your mask serf

That's certainly the last time any property owner lets any artists use their property for similar purposes.

It's your property-until the government says it really isn't with ridiculous rules and fees. The fact that you pay real estate taxes means nothing to the government oppressors either. So much for private property in a land of the free.

to: the various "anonymous"s, GTA & angry Queen(T) : apparently there is a law. yes, they might have well taken the bricks, thereby relieving the "scumbag" of (partially)the cost of demolition. GTA, i usually enjoy reading your vitriol, alas, it should be $67.5 million. born&raised.

to the haters: learn how to form a proper sentence. you make me ashamed

He should have sent a notice that the building is no longer accessible after a certain date and that all material should be removed. Give that date two 30 day extensions to demonstrate good intentions and have notices delivered by registered mail.

On the date, put up black barbed wire topped wall and armed guards with notice the effect and hire 'artists' to paint over in black paint each day the graffiti.

Then take it up to the Supreme Court.

It might cost $6.5 million in legal fees but the money would have gone to professionals rather than the ungrateful.

Just another sign of how people think in NYC. I didn't know Wolkoff, nor do I live in NYC, thank God. But if I were on that jury I would have given Wolkoff a pass. After all he owned the property that these so-called artists vandalized. Not only that, if these "artists" wanted to preserve their art-work for posterity, all they had to do was originally paint it on some other medium, like canvas, or reproduce it on canvas, etc. In fact, since they have photographs of their timeless works of art, they can still reproduce it on some other medium or use modern technology to reproduce the photos on another medium, as large as they want it, and the world of art will be forever saved. What a joke you people live in!

I think the judge should be sent to have his head examined. Only in this city and country. We are doomed as a society.

Was thinking the same. World is turned upside down.

"to the haters: learn how to form a proper sentence. you make me ashamed"

Says the guy who apparently doesn't understand the need of capitalizing or periods.

Goes to show you how dealing with the Left is always a minefield. No mention of how Wolkoff allowed his property to showcase this 'art' for years on end thereby helping the mostly 'minority' artists 'stay off the streets' and show their talents. Once he decided to exercise his rights as a private property owner, all of his prior virtuous actions mean nothing.

G the A rocks and the Left sucks!!

**Says the guy who apparently doesn't understand the need of capitalizing or periods.**

Let him/her be. If Common Core would hurt he/she would be screaming!
Or switch to Ebonics an other invention of the illiterates.

**to the haters: learn how to form a proper sentence. you make me ashamed**

Nah, you grandstanding with your GED meanwhile you are dumb as a rock :)