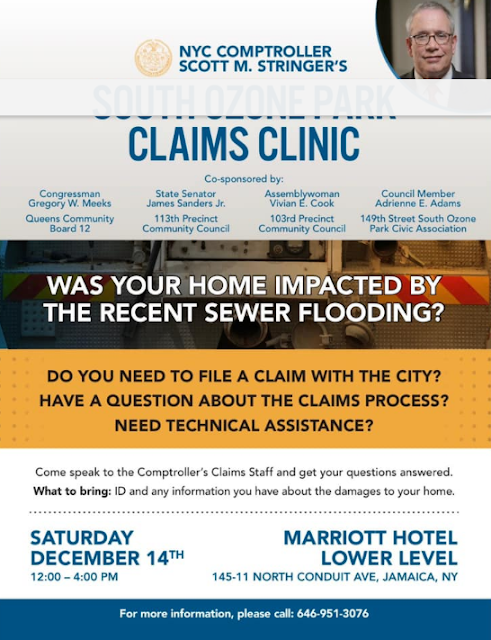 Speaking of sewage ...
NYC and NY State is a cesspool of Far-Left sewage !
Get out as soon as you can before you get use to it and forget what normal living feels like !

"A federal judge threw out a lawsuit Friday seeking to block a new law that will allow illegal immigrants to obtain driver’s licenses in New York."

Alas, when it comes to the already raped, ravaged, tonsured, desecrated and destroyed New York State government, the endless flow of putrid, life threatening 'Raw Sewage' has ALWAYS flowed down from the top corridors of ALL kleptocratic, flagrantly abused power, possums.

And, RIGHT now, that overflow of raw sewage is coming from Albany's disgraced 'CUOMIGULA' mob crime family style-failed leadership, and his criminally insane, City Hall sidekick, Bill de BLASS-hole, both of whom DEVALUE honesty itself, and where BOTH are worse than nuclear proliferation (for the double murders of New York City AND New York State) and a hundred trillion times more LETHAL!

Leave this filthy, corrupt and establishment-rigged city and state of dictatorship, police state government while you CAN, or you'll never make it to retirement, much less old age!

Quality commentary for a useful post. I hope their authors don't give themselves an aneurysm with their apopletic logorrhea...you can practically hear the spittle flying and the keyboards banging...