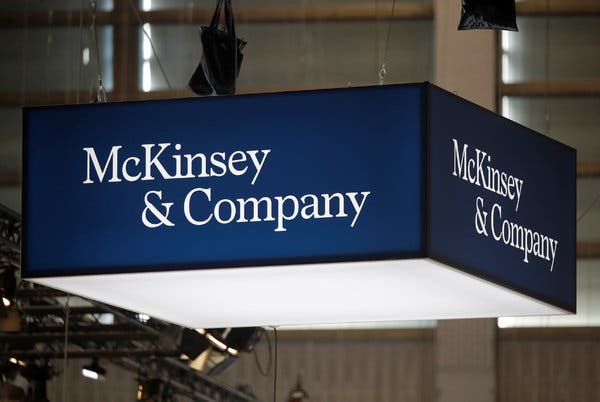 In April 2017, partners from McKinsey & Company sent a confidential final report to the New York City corrections commissioner. They had spent almost three years leading an unusual project for a white-shoe corporate consulting firm like McKinsey: Attempting to stem the tide of inmate brawls, gang slashings and assaults by guards that threatened to overwhelm the jail complex on Rikers Island.

The report recounted that McKinsey had tested its new anti-violence strategy in what the firm called “Restart” housing units at Rikers. The results were striking. Violence had dropped more than 50% in the Restart facilities, the McKinsey partners wrote.

The number was bogus. Jail officials and McKinsey consultants had jointly rigged the Restart program in its earliest phase to all but guarantee there would be few violent episodes, according to documents and interviews. They stacked the units with inmates they believed to be compliant and unlikely to get into fights or to attack staff.

Publicly, McKinsey and top corrections officials touted the drop in violence in these units as an early sign of their project’s success — without disclosing that they had tilted the scale in favor of that result. After McKinsey handed off the inmate selection process, about a year into the firm’s work at Rikers, jail officials continued to manipulate the population of the Restart units to keep their violence numbers low.

In October of this year, the New York City Council voted to approve Mayor Bill de Blasio’s proposal to close Rikers. The vote occurred during the same month that a federal monitor, appointed by a court to oversee reform at Rikers, revealed that violence by jail guards there continues to worsen. Overall, using the metrics employed by McKinsey, jailhouse violence has risen nearly 50% since the firm began its assignment.

The full story of how New York City came to pay McKinsey $27.5 million only to abandon many of the firm’s recommendations and decide to shut Rikers has never been told. A ProPublica investigation, based on interviews with 36 people, half of whom worked directly on the project, as well as more than 10,000 pages of project documents, internal emails and other records, reveals that problems dogged the project at every stage.

Among the issues that plagued the project: McKinsey, which had never before advised a jail or prison system, made data errors that further undercut the results it reported from Restart units. The firm also persuaded the Department of Correction to spend millions on the sorts of advanced data analytics favored by McKinsey’s corporate clients. The department never ended up using many of the those data products, some of which simply did not work very well.

What happened at Rikers is a cautionary tale of a public-sector consulting boom that has emerged over the past decade. In recent years, government agencies across the United States have entrusted management consultants with more and more facets of public administration, from designing school systems to shaping Medicaid policy. Public-sector consulting in North America is a more than $9 billion industry, with an average yearly growth rate of about half a billion dollars, according to ALM Intelligence, which monitors the consulting business. McKinsey was anxious to expand into a potentially lucrative branch of public-sector work, corrections consulting, according to a former McKinsey consultant who worked on the project.

As I am sure you all are aware, and this is mostly directed to the residents of Kew Gardens, Mott Haven, Boerum Hill and Chinatown, this report was used to justify closing Rikers.

In the future, who will they contract to study and manipulate the data after the four borough tower jails get built?
Posted by JQ LLC at 6:23 AM

Maybe Pete Buttgig was on that project

Mayor Pete, worked for McKinsey and Company. Maybe he should go to work under the covers at Riker's and get the real truth. Do it for your country, Pete!

No News here just move on !

I can't stand Pete Butt, but he was running South Bend into the ground when this machinating was going on.

Actually the company mentioned here is hired by Fortune 500 companies to analyze their workforce and recommend and implement money saving measures (layoffs, outsourcing, etc).
One can wonder how corrupt is this company if they did this with NYC and their jail system.
Disgusting!

So Pete, is what we used to politely call a Union Buster!