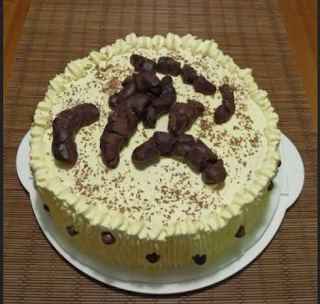 Congrats on being a teenager Crappy!!

On Friday the Thirteenth?
Like Padavan being born on Halloween?

Thirteen years of online complaints, and zero accountability for anyone in charge - LEAST of all the filthy, crooked and hyper-corrupt politicians, all of whom now DEVALUE honesty itself. But, in ALL of this time online, WHERE IS ACCOUNTABILITY, SOCIAL CONTRACT and PUBLIC CENSURE, instead of lawlessness and vigilantism for We, the People (which is ALWAYS how are hands were FORCED to handle ALL matters that the politically failed leadership has been completely derelict and missing in action to actually help, work and fight for their ever languishing constituencies.

Nothing to celebrate here, QUEENS Crap: Except more of the same government tyranny, anarchy and a CITY HALL that is even worse than nuclear proliferation - and, a hundred trillion times more LETHAL - and, the public be damned!

Best wishes, Crappy, and a big thank you!

Mazel Tov! Today you are a man!!

All this is greatly appreciated. I really enjoyed keeping this blog moving in the past 11 months. And it's great that a lot of people still read this and seeing new viewers also.

And anon 3. It's always new. The corruption being committed by the usual suspects is even more creative. This is the only "innovation" that's been happening here in this damn city.

Speaking of which, check out my original blog Impunity City too.

Can you say "Triskaidekalatreia"? (worship of thirteen)

It appears to me that NYers are voting in larger numbers now, for democrats, than they did thirteen years ago. Must be some kind of perverted message in that! Lotsa luck, you're gonna need it.

and many more. what does not kill us makes us stronger

Queenscrap is messy but needed. Full of great thoughts and crappy bias. Despite its faults, it does the job it sets out to do---educate and debate the big issues of our city and borough.

And thank you Melinda Katz for contributing to the crapification of the borough. Now crap up the DA's office and the justice system.

Kudos to you Crappy Junior for keeping the home fires burning and the Queens Crap flowing!