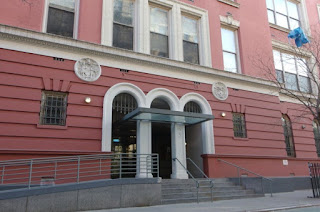 The Department of Investigation, whose scathing report last week proved a mishandling by the de Blasio Administration in the Rivington House deed fiasco, released evidence late yesterday that the Mayor’s office deliberately covered up crucial information regarding the ongoing investigation.

Specifically, a deal memo from July 2014 that weighed the pros and cons of allowing the sale of the Rivington House nursing home and potential deed lifting that required use of the facility as a nonprofit. Take a look at “Option 2″ of the document (go to link),”transfer property to another nonprofit.” The advantage to keeping it so was listed as “maintaining property under city oversight and creates needed housing in a high value neighborhood.” But the drawback stated was “no revenue” presumably for the city.

The Allure Group purchased the Rivington House from VillageCare in 2015 for $28 million, paid the city $16.1 million to lift a restrictive deed, then sold the property to developers Slate Property Group, China Vanke Co., and Adam America Real Estate for $116 million earlier this year.

meanwhile, de Blasio was cracking jokes about it while attending the DNC.
Posted by Queens Crapper at 6:49 AM

This clown has to go. I would even vote for Trump Jr. I would consider voting for Weiner. Isn't there anyone who will run on either side?

Looks to me that someone read "The Art of the Deal".

I wish I could have received close to a tenfold return on a Yuge investment...

Bigger than Watergate,Bigelow said it,I hope it opens and he drowns.

Now they have the evidence so when will the Arrest begin,I want my cell phone to be fully charged as BigSlow is led out of central booking.

How much $$$ does de Blahzeeo have in offshore accounts?

And you thought that Jimmie Walker ran a crooked show.
Make no mistake about Der Blasio. This six foot bag of shit is anything but a clown.
He is the epitome of crooked, if not so crafty, government.
"Mmmm peach mint" a new flavor suggestion for Haagen Dasz.

one of De Faustio's bundlers or appointed officials I think is connected to the pacific papers leak.

Which may explain why one of his agents of the city is a UN diplomat. This mayor may be the biggest huckster and swindler ever.

Premeditated criminal conspiracy to defraud the tax payer is now called MISHANDLING
Whats next ?,calling murder the lack of Breath or rape the penatration of a female body with the extremity of a foreign body part of another by faulty brain syndrome,I could go on but you get the point.