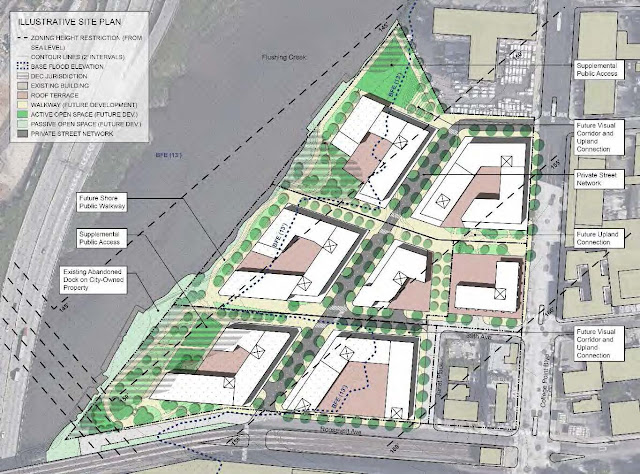 The city’s abrupt decision to withdraw its plans to rezone Flushing West, which would have brought 1,600 units of housing to the downtown area, has drawn mixed reactions from the community.

Some say it was a good move due to key infrastructural problems for which the city did not have concrete solutions, while others say it was a missed opportunity for the community.

Mayor Bill de Blasio’s proposal sought to clean up and rezone 60 acres on the Flushing waterfront and form a planned community with waterfront access for housing and commercial space.

Although State Sen. Tony Avella (D-Bayside) was the first elected official to oppose the plan and was joined by state Assemblyman Ron Kim (D-Flushing), the project fell apart when Councilman Peter Koo (D-Flushing) asked for it to be withdrawn in a May 27 letter to City Planning Chairman Carl Weisbrod.

Koo cited the ongoing problems with airplane noise from LaGuardia Airport and the need for remediation in Flushing Creek as the key factors motivating his shift in opinion. He alsmo mentioned other issues, such as the proposed development’s proximity to the overcrowded No. 7 train.

He said the city could decide to pursue the proposal again in a year or two if tangible solutions are made to fix the problems.

“The residents would be very unhappy if they lived there, all these airplanes coming in the morning — it would drive them crazy,” he said. “Flushing Creek is so dirty. I wouldn’t want to stay there for 10 minutes, let alone 24 hours and every day.”

City Planning said it could revisit Flushing West if those issues are resolved.

And I'm sure Flushing Creek will be cleaned up and LaGuardia Airport will close soon.
Posted by Queens Crapper at 12:09 AM

Living next to the 7 train that will be running 1 minute headway when cbtc is implemented.oy!

Now watch...somebody will propose a few stadiums and sports complexes.
This is underutilized land , though toxic, and will be built upon. NYC is running out of land to develop.
Flushing has soaring real estate prices, well beyond their true values.
Where else can we put the increasing Chinese immigrants?
Maybe Peter Koo, who lives in Port Washington doesn't like living in the area, but to Chinese escaping worse conditions in their homelands, the Flushing Creek smells like paradise.
Councilman Koo must have some greater political positions on his mind to suddenly withdraw, when he was gung ho for this project from the get go.

There is more going on behind the scenes than we are being told.

Most likely a BIGGER and better plan that is even more outrageous than the current proposal.

It just takes time to get the contributions together and direct attention away from the public so that the new and improved projectcan be done before people realize what happened...

They should create a park space in that area with a few commercial businesses like a restaurant row or entertainment space complete with a bowling alley. I don't think that area is prime for regular residential development because of all the pollution and noise from the roadways.

Would the City please put up a central sign showing where all the bus stops are?

How I stopped worrying and learned to love over development.

I moved out of state and rented out my duplex. Tell tenants to mail my rent and it is expected by 7th of the month and must be postmarked by the 1st or deemed late with assed penalty on following months rent.

Let them overdevelop Flushing. It is good for price appreciation.

That said, you cant fight the Federal Reserve. As long as they print $$$ into infinity, you will see a continued spoilation of your neighborhood [and than your country].

@How I stopped worrying and learned to love over development.

Basically that's how it started in Falasheng, back in the old days.
Sack of cash in, apartment building, house out.

Yes, agreed! Flushing IS overdeveloped and, obviously, will become EVEN MORE (over)-developed!! I've lived in North Flushing ALL my life! But I have a strong desire to leave!

A restaurant row?
LMAO!
Who wants to bite into a nice juicy bistro hamburger with the smell of effluent (shit) in your nostrils eminating from the Flushing Creek?
You need to detox, my friend. Smoking boo is bad for your health.

I was on the 4:15 LIRR eastbound train, attempting to outrun the storm on my way back from Manhattan yesterday.
"All eastbound trains are being held until a fallen tree, east of the Flushing station can be cleared", came an announcement.
Ugh....I had no choice but to get off at Flushing....gag...and take a Q28 home.
What a shock....overcrowded, slippery sidewalk Flushing in the rain.
At least it was cooler and the street "garbage juice" as DOS calls it, was being washed into the sewers and out to the river.
The less I set foot in the downtown hub, the lower my blood pressure and the happier I feel!
Mind you, I had just left the Times Square neighborhood which was LESS crowded than "beautiful" downtown Flushing.
Peter Koo...Toby Stavisky....Grace Meng....CB7....etc. when will there be some reasoning to sensibly curb the massive over development that strains our infrastructure? Or are you too hooked up to the developers to care?

As long as we have overinflated real estate values and crooked pols, who are on REBNY's payroll, Flushing West will never die.
Peter Koo just didn't get enough of a kickback from its developers to approve the project. So he now nixed it for spite and revenge.
Who was that Chinese gentleman, some years ago at the Sheraton East Hotel, that said, "Money is the mother's milk of politics"?
I only remember that he was arrested on the west coast attempting to leave the U.S.A. after committing a crime.
If anybody remembers his name, please refresh our memories. He was a biggie in the political money transfer business.

Yeah....see what China brought to Flushing, no small crimes , just very big ones.
Ah, let's be grateful. They kept Flushing from being over run with darker people of color and bloated it's real estate values.
Now we are left with a rotting mess and two shady Chinese politicians.
The tongs rule Flooshing politics!

If a river creaks along through pollution and sludge, we might rightfully call it a creek!
The Flushing Creek more aptly defines this blocked up river..
Have you noticed the effluent nets to the north? That's to skim off the floatables....heavy shit....that the $80,000,000 retention tank they bilked us into building cannot handle.
Ah...the sweet smell of success. Eau 'D Flooshing...parfum 'd Chinoise!