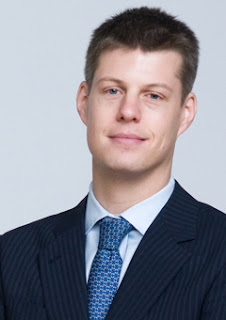 In a sign that the planned BQX rail line along the Brooklyn and Queens waterfront is chugging toward reality, the de Blasio administration has hired a streetcar czar: Adam Giambrone, sometime archaeologist, ex-Canadian politician, light-rail booster, former head of Toronto’s transit system, and, for one disastrous week in 2010, candidate for mayor of Toronto. Tall and athletic with a spiky crew cut and a Boy Scout demeanor, the 39-year-old Giambrone comes to the job with both experience and baggage — and with knowledge of New York sketchy enough that at one point during an interview he referred to the “Downtown East Side.”

Since for now the BQX remains an unfunded fantasy-in-progress, Giambrone will have to push the project past the point of no return before the next mayor can quash it. That’s a hard-earned lesson: In Toronto, he spent years working on a network of suburban streetcars called Transit City that mayor Rob Ford killed almost as soon as he took office in 2010. One element of that project, the Eglinton Crosstown line, has since been revived and is under construction, but the failure of the larger plan has left the city hobbled, says Toronto Globe and Mail architecture critic Alex Bozikovic. “The vision Giambrone was pushing made a lot of sense, and it died for political reasons.”

It’s more than a little ironic that the de Blasio administration, which has had problems with credibility and corruption in recent months, should turn to Giambrone as a trust builder, since in Canada he’s best known for an Anthony Weiner–like episode of lies and disgrace. His 2010 campaign for mayor of Toronto blew up almost before it had started, when a newspaper revealed that he’d been cheating on Sarah McQuarrie, the woman he lived with, and sent a text message describing her as a political prop. (They have since married.) After a few days of desperate dissimulating, he dropped out of politics for a while, and Torontoans elected the corrupt, clownish, boozy, drug-abusing, brawling Rob Ford.
Posted by Queens Crapper at 10:03 AM

It's politics BDB has no intention of building this. It's going to be used by Crowley (Joe or Liz, take your pick) and BDB as a campaign promise

It's telling that this is the best Mayor Big Slow De Faustio can summon. For it's certain that no one with any bonafides or credibility wants to work or be associated with our dumbass mayor and even his predator developer overlords, sociopath lobbyists and vulture equity overseers.

Despite the shallow corrupt lunatics running the asylum on Park Row, it may be possible that this abominable project may never get off the ground, despite their promises/threats.

He probably took this job that the citizens of the towns this line is going to destroy and displace them, so he can go bar and restaurant hopping. Which is what this line is clearly designed for, so maybe he is the perfect candidate for this job.

“I’ve never owned a car,” Giambrone says. “I make my personal transit decisions based on practicality and reliability. If I buy a place, I want to know that the services that are there today will still be there tomorrow. When I see a streetcar line, I can see where it's going and I know it's going to be there. People don't have the same confidence in buses.”

He's also one of those elitist types who chastises people who drive cars to commute. Probably one those hypocrite environmentalists. Especially since he wants to ruin the environment of the people who live in the areas along the projected line too.

"Streetcars are a 21st-century technology..."

GOOD LUCK DUDE. YOU DONT WHAT YOU'VE GOTTEN YOURSELF INTO.

Nothing can save de Blasio's permanently marred reputation of epic fail. What's worse is that this corrupt, subpar, dishonest, dishonorable, disloyal and derelict mayor still has the power to appoint all others to high level positions--and, now appointments from other countries, no less--senior appointments that ironically come with baggage that extends far beyond their personal effects!

But given how every single, egregious decision made by de Blasio that has been foisted upon all New York City residents by such intensely incompetent, political hack, false, fake and failed leadership, the only thing that still impresses me is how he hasn't been impeached yet!

So, what's the holdup--are we waiting for total hell to break loose?

This guy reminds me of the Simpsons episode Marge vs. the Monorail, from January 1993.

Lyle Langley? Nah, this guy is more like Ben Wyatt from NBC's parks and rec

This character - is he a Jabroni or a TTC Skedaddler? Or both? We may never find out...

Mr. Giambrone has his own web site http://www.adamgiambrone.ca/

We don't have enough hipster/bikester assholes of our own, we have to import them from freakin' canada now???!!!

Can we ask his immigration status?

I must apologize, that no longer matters...

Dude will laugh all the way to the bank when he gets that fat paycheck full of Federal Reserve Notes just for being a scapegoat.

He couldn't even hire a New Yorker.

Just one more year till we're rid of the worst mayor since Lindsey.

There is a better chance that the Space Rope Elevator gets built before the LIC "Crap" light rail !